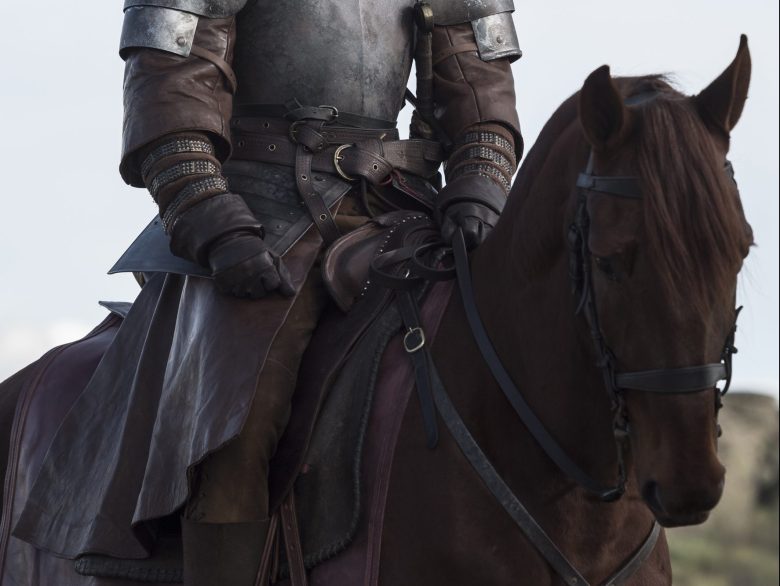 Anyone who’s watched a battle scene set in a pre-modern and/or fantasy world has seen a horse get hurt. In fact, when it comes to older films, you may have seen them get hurt for real.

But during Season 7, Episode 4 of “Game of Thrones,” things may have gone too far. To be specific, there is a moment in “The Spoils of War” when we see a Dothraki warrior literally cut off the foreleg of a horse being ridden in battle by Ser Bronn (Jerome Flynn).

It’s hardly the first time “Game of Thrones” fans have seen bad things happen to horses: In “The Battle of the Bastards,” Episode 9 of Season 6, you see beautiful steeds collapsing after blows, ramming into men, and even ramming into other horses. Thanks to behind-the-scenes footage, we know that Horse Master (best title ever) Camilla Naprous got the opportunity to put a total of 80 horses to work last year, but in a safe way. After all, we live in a magical era of CGI.

But as many times as horses have been injured on screen (real or not), witnessing a man mutilate Bronn’s horse was perhaps the most brutal thing we’ve seen from the show in Season 7. (Yes, that includes the Frey slaughter at the beginning of the season, and Samwell Tarly’s version of a skin care treatment.)

And while undoubtedly the creation of computers, this moment was one of the most extreme and horrifying moments of horse-related violence on television ever, the sort of scene you wouldn’t see anywhere else. It falls very much into the category of gratuitous for the sake of pushing beyond normal boundaries.

Part of the reason for this might be a compliment to the show: Beyond the obvious uses of CGI, it’s worth noting that this battle featured many real life effects, including the Dothraki warriors proving their skills as horsemen by standing up on their saddles as they rode into battle. In a behind-the-scenes featurette available on HBO Go and HBO Now, Naprous said that “there was a line in the outline that said, ‘And now it’s down to Camilla to do her tricks.’ And I was like thanks [Benioff and Weiss], let’s think of some ideas that we’ve never seen on screen before.”

Answer: make the guys stand up. “There is something about a guy standing on a horse, charging, [that is] pretty impressive,” star Nikolaj Coster-Waldau said in the featurette.

Every savvy audience member knows that the most violent moments didn’t actually happen in real life, but it’s tough to remember that when Benioff is sharing messages via the behind-the-scenes featurette like, “So many of these battle scenes have now become visual effects [sequences] that I hope people realize much of this is actually being done. It’s really stuntmen standing up on horses shooting bows and arrows.” When high-end visual effects are embedded with practical, real world execution, the believability soars. It’s definitely great to feel sure that the horses in Sunday’s episode were, in reality, safe. But watching them run, watching them handle the insanity of battle, watching them gallop across screen pulling flaming carts — it was tough to enjoy. (Especially when you can’t help but remember that HBO, as a network, has a little real horse blood on its hands: The infamous drama “Luck,” created by David Milch, was shut down after the deaths of three horses, deaths which may have been preventable.)

“Game of Thrones” has so far managed to keep its animals safe off screen, a major credit to the show. But even the faked amputation of a horse’s leg on screen pushes beyond the necessary, standing out as one of those “Game of Thrones” moments that gives its critics yet another example of how the show loves violence not for dramatic purposes, but for gratuitous thrills.

These moments are always disappointing for viewers who believe in the show’s capacity for great, meaningful storytelling. After all, it’s not weak to think that the most innocent participants in a scene deserve some mercy.

This Article is related to: Television and tagged David Benioff, Game of Thrones, HBO