The "Heathers" TV series borrows one signature line from the original, and throws other things out the window. 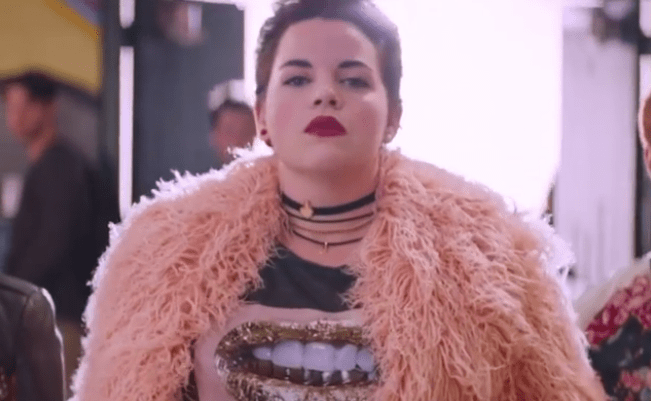 It’s a brave new world; it was only a matter of time before we got a brave new “Heathers.” The cult classic that inspired a generation of teenage slackers and weirdos is getting a television reboot, and it’s switching things up quite a lot from the looks of this first teaser released on Instagram, where all the aspiring Heathers hang out these days.

The original “Heathers” starred Winona Ryder and Christian Slater as kindred spirits who team up to take down the popular girls, who are all named Heather. Released in 1988, the movie’s pitch black comedy and dry humor stood out against the more wholesome losers of John Hughes’ high school comedies. In the reboot, the central trio has been updated to include a genderqueer person named Heath (Brendan Scannell), a black lesbian (Jasmine Mathews) and an overweight girl (Melanie Field).

In the teaser, the Heathers strut down the school hallways, inspiring fear in young Veronica (Grace Victoria Cox), prompting her to exclaim the movie’s most quoted line: “F*ck me gently with a chainsaw.”

Originally slated for TV Land, the series but got moved to Paramount Network (formerly Spike TV), where it will come out early next year. Shannen Doherty, an original Heather, will make an appearance; Selma Blair has also signed on as a cigarette smoking stepmom; gay YouTuber and comedian Drew Droege also stars.

Watch the new teaser below:

Coming in 2018 to the Paramount Network. #Heathers #☠️

This Article is related to: Television and tagged Heathers, Trailers