The film won both the 2017 Jury Award and the Audience Award for Best Short Film at Full Frame earlier this year. Watch it in full here. 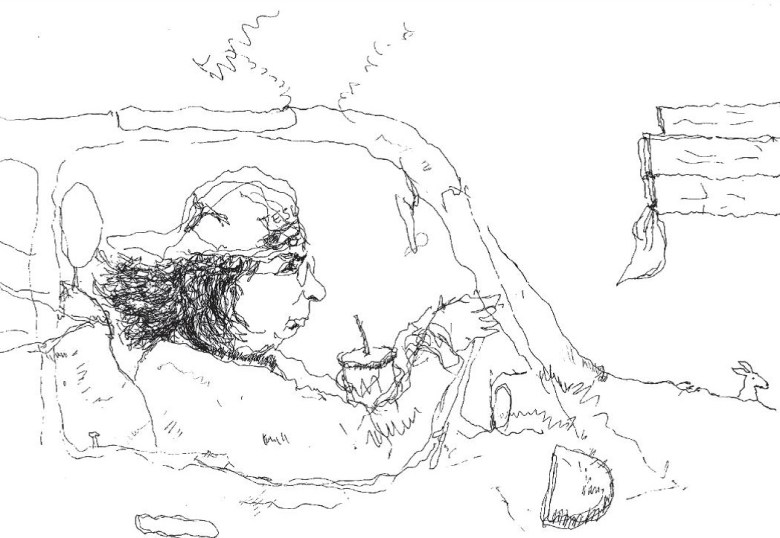 Earlier this year, Frank Stiefel’s unique documentary short “Heaven Is a Traffic Jam on the 405” pulled off a unique two-fer: winning both the Audience Award and the Jury Award for Best Short at the annual non-fiction-focused festival. The film follows artist Mindy Alper, who has spent her life creating remarkable works of art, despite a lifelong struggle with depression and anxiety, a story that is warmly and expressively told through Stiefel’s compelling lens.

In announcing its 2017 Jury Award for Best Short Film, the Full Frame jurors explained so much of the film’s profound charm: “We are presenting the award to this film for its incredibly intimate access to a remarkable subject and for its ability to allow the viewer to profoundly enter her world. Complimenting this access with assured storytelling and great visual style, the film introduces us to the gifted artist Mindy Alper and her lifelong struggle with mental illness.
[The film shows how she uses] her art to confront her demons and connect with the world.”

They added, “The jury came not only to love the subject but also to admire the film’s ability to creatively marry her story to her art.”

Gritty, inventive women are familiar territory for long-time producer Stiefel, who first broke into directing with his 2010 Berlin Film Festival short, “Ingelore,” which told the story of a deaf woman who survived the Holocaust. She also happened to be Stiefel’s own mother.

Stiefel also produced, wrote, and shot the film, which you can watch in its entirety below, exclusively available on IndieWire. Updated, March 20, 2018: the short has been removed at the request of the filmmaker.

This Article is related to: Film and tagged Short Film