Ira Deutchman is planning a new approach for the release of "Indivisible" to address the challenge facing Italian films in the U.S. 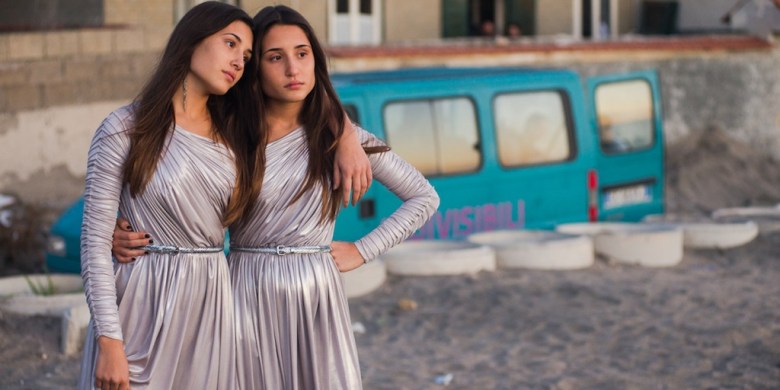 When “Indivisible” screened for a crowd at Lincoln Center as the opening night selection of its annual “Open Roads: New Italian Cinema” series, it had no U.S. distribution plan. In late 2016, it had screened in higher-profile slots in Venice and Toronto, where buyers paid no heed. But at Lincoln Center, the movie — a seriocomic story about 18-year-old conjoined twins pursuing a music career (real-life twins Angela and Marianna Fontana) — played through the roof.

That was when Ira Deutchman saw its potential.

“I just fell in love with it,” the veteran distribution executive said. “It’s got everything in it. The movie is not a depressing, severe art film that requires people to look at it like work. Maybe distributors didn’t see the commerciality in a story about conjoined twins, but the women are beautiful and the movie is surprisingly entertaining.”

Now, Deutchman, whose distribution experience includes work on modern classics like “Hoop Dreams” and “My Own Private Idaho,” has been finalizing plans to bring “Indivisible” to more American audiences. Through his marketing and distribution firm The Deutchman Company, he will oversee the movie’s release at New York’s Lincoln Plaza Cinema on September 15 and Los Angeles on September 29, with plans to expand the film to more markets throughout the fall.

The release is part of the Cinema Made In Italy initiative, an effort supported by the government-run Luce Cinecitta to release several Italian films in the U.S. each year. Since efforts began four years earlier, Deutchman has aided in the marketing and other aspects of the release, with previous titles including “Honey,” Marco Bellocchio’s “Dormant Beauty,” and Bernardo Bertolucci’s “You and Me.” However, “Indivisible” marks the first time that Deutchman will be serving as the de facto distributor.

In doing so, he will be experimenting with a new approach, by hiring a team exclusively to work on the release of the film. This “pop-up distribution company,” as Deutchman described it, was inspired by a model he had seen in other areas of the film industry. “It’s like the way freelancers come together in the production business,” he said. “I manage the budget and hire the players. If the film does enough business, it justifies the expenditures.” His initial team included a publicist, a social media coordinator and a handful of assistants to keep tabs on exhibition and other needs.

If the approach works, Deutchman hopes to build on it as a potential new approach for jumping on smaller foreign films struggling to find distribution and pushing them into the theatrical marketplace. “I think the time has come for something like this,” he said. “You can assemble a good team of people quickly and create a plan.”

Audiences for foreign language films in theaters have diminished in recent years, but Deutchman’s strategy emerges at a moment of extreme uncertainty surrounding the prospects for Italian films in particular. In 2016, the highest-grossing Italian release in the U.S. was the Cannes-acclaimed “Mia Madre,” the latest comedy from Nanni Moretti, one of only a few Italian filmmakers known in America (it also boasted an American star, John Turturro). The film’s domestic gross was a mere $300,000.

The last significant box office from an Italian film in the U.S. was four years ago, with Paolo Sorrentino’s “The Great Beauty,” which won the Oscar for best foreign language film. Notably, Sorrentino’s subsequent features — “Youth” and the HBO series “The Young Pope” — were both in English.

While some aspects of this downward turn speaks to challenges facing the Italian film industry, it has also led to a snowball effect, with more U.S. distributors considering Italian films to be risky propositions. That overarching view has made it difficult for unique windows into Italian society to stand out. “Indivisible,” for example, takes place in the Naples region and features an Italian dialect that requires even those fluent in the language to read the subtitles. “It’s a particular Italian subculture we don’t see in the movies very often,” Deutchman said.

For “Indivisible,” Deutchman was keen on exploring a new avenue for Cinema Made In Italy’s goal. “Their interest is in seeing a continuity where audiences can expect, at any given time, that there are Italian films in the marketplace,” he said. “There’s a hole in the foreign language film market. I’m looking for the ones that deserve to be seen.”

Watch the trailer for “Indivisible” below:

This Article is related to: Film and tagged distribution, Ira Deutchman, Italian