The "Dawson's Creek" star plays the EDM DJ in Viceland's "What Would Diplo Do?" — but he's been poking fun at his own celebrity for a while. 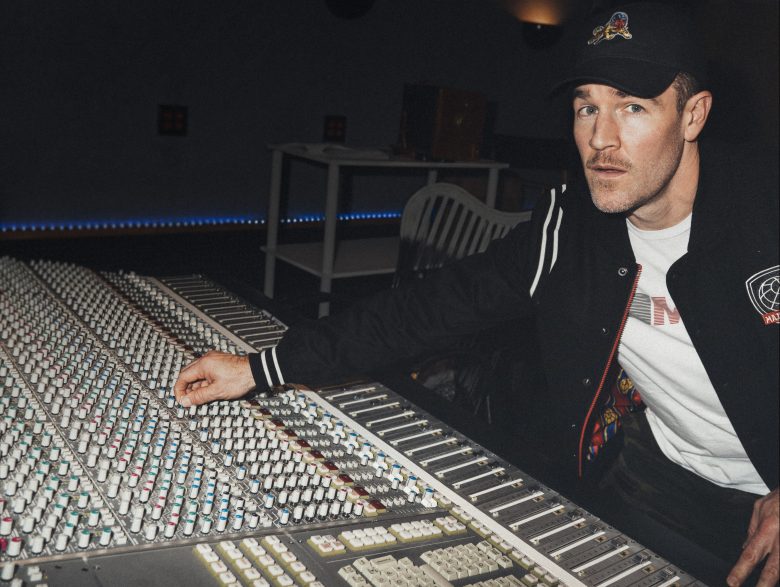 James Van Der Beek had already been acting for several years when the movie that would change everything for him was released. “‘Being John Malkovich,’ to me, was the reason to be famous; to get to do something like that,” he told IndieWire. “I remember watching what John Malkovich did in that, I thought, ‘That is the coolest fucking thing I’ve ever seen a famous person do.'”

So when Van Der Beek started working on the new Viceland series “What Would Diplo Do?” with Spike Jonze (who directed the 1999 modern classic), “to be able to pitch him this whole idea and get his take on it was a dream.”

It was Viceland who initially came to Van Der Beek and director Brandon Dermer with the idea of expanding a short film they’d made last year, starring Van Der Beek as the world-famous DJ. “Day In the Life of Diplo,” while technically a promo for Diplo’s Mad Decent Block Party, was an over-the-top take on Diplo with sharp jokes, sick beats, airhorns, and ninjas. Though Van Der Beek initially wasn’t sure about the potential, he not only quickly found an angle, but knew he wanted to be the showrunner, too.

“This meta space is a lot of fun to play in,” Van Der Beek said. “I think that was one of the main reasons I thought now would be a good time to write something and showrun it; because I feel like I have some unique experience to bring to the table.”

When Van Der Beek and Dermer flew to New York for their first meeting with Jonze, who serves as creative director for the network, Van Der Beek had already figured out the characters and even secretly written two scripts.

“The pitch meeting was basically a really fun creative conversation with Spike, going back and forth about tone and aesthetic, and Brandon was right there so Brandon could talk about how it was going to be directed,” he said. “And I could do the character in the room, which is always helpful. That’s like a secret weapon, if you’re pitching something; to be able to just slide into character and show them exactly the kind of nuance and humor that you’re going to go for.”

There was a bit of resistance at one point on Van Der Beek’s part, when Jonze would suggest ideas that he didn’t initially agree with, but then “that voice in my head would say, ‘Yo, this is Spike Jonze, bro. You might want to not say no and actually listen to what he’s saying,'” Van Der Beek said. “He had some great, great ideas. So, that was a dream. To get to sit there and collaborate with Spike Jonze on a TV series was just so much fun.”

Van Der Beek had never served as a showrunner before, but he had plenty of experience when it came to playing with image and persona in the celebrity realm, thanks to years spent messing around, “Malkovich”-style, with his own identity.

This most notably was seen when he played “James Van Der Beek” for two seasons of ABC’s “Don’t Trust the B in Apartment 23,” the fan-favorite comedy created by Nahnatchka Khan and starring a pre-“Jessica Jones” Krysten Ritter. But “Don’t Trust the B” wouldn’t have happened if, in 2011, he hadn’t spent some time at the offices of Funny or Die for a series of shorts and additional content known as VanDerWeek.

“When they asked to meet with me on [‘Don’t Trust the B’], it was as a direct result of what I had done with Funny or Die,” he said. “The call came in [and] it’s Nahnatchka Khan, it’s Kristen Ritter, it’s Fox, it’s all these amazing people. I was like, ‘What’s the catch?’ They said, ‘Well, they want you to play yourself.'”

At that point, beyond Funny or Die, Van Der Beek hadn’t done much comedy. But that meeting went well, and so he made a decision. “‘If I want to do comedy, these are the people I want to work with. It doesn’t matter what I’m playing.’ So, that made it very easy to say yes to them.”

And it turned out to be a truly positive move. “It’s so funny, when you do this comedy thing there’s still this old school mentality that existed when I first started acting, which is, if you do comedy people won’t take you seriously,” he said. “But some of the best jobs I’ve had and some of the best directors I’ve gotten to work with happened after I started just taking the piss out of myself.” It’s a path that, as mentioned, directly connects to the influence “Being John Malkovich” had on him, as both a performer and a creator. “It was such a brave turn. [Malkovich] is such a good actor that all of those things together, in this really weird movie, was such a cool aesthetic. […] Just to see somebody who is such a good actor, and so serious, just take the piss out of themselves so bravely, I just admired it. It was one of those stand up and applaud moments. So, that had always been in the back of my head when this whole meta journey began: ‘Well, if Malkovich is brave enough to do that, you can certainly assassinate a little bit of your ego to do this.'”

And the ultimate moral of the story, over the years, became a much bigger one for him. “The lesson I learned was just go for what’s interesting, go for what’s funny. If you let crazy win every once in a while, you might have a lot more fun.”

“What Would Diplo Do?” premieres Thursday, August 3 on Viceland.

This Article is related to: Television and tagged James Van Der Beek, Viceland