Though she also admits to agreeing with some suggested edits to the space-set love story co-starring Chris Pratt. 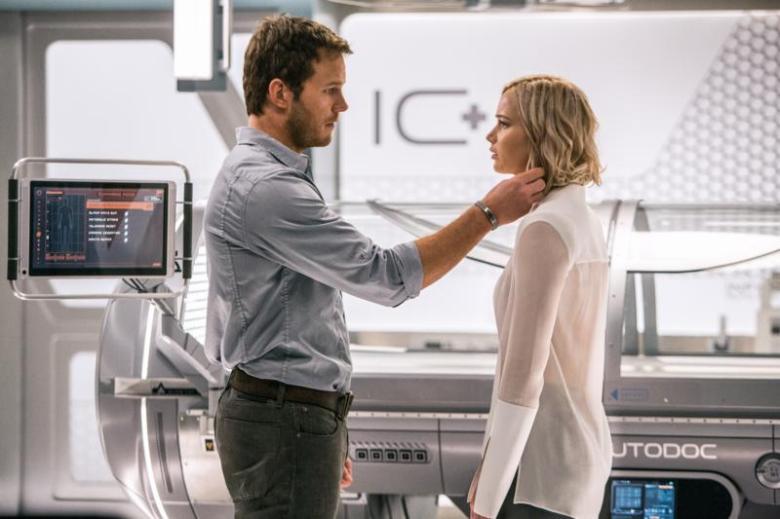 Critics weren’t too kind to last year’s long-gestasting, space-set love story “Passengers,” even though it finally combined the talents of beloved stars Jennifer Lawrence and Chris Pratt. The film has just a 31% rating on Rotten Tomatoes (decidedly un-fresh), where pull-quotes lambast the Morten Tyldum feature for a litany of sins, from being “disappointing” to “problematic” and having an “icky stalker scenario” that was “built upon the most disturbing premise” one critic had witnessed in years.

Yet the film prevailed at the box office, where it pulled in over $300 million in worldwide returns (and got nominated for two Oscars to boot). Audiences seemed to like it, and you know who else did, too? Lawrence herself.

In her revealing new Vogue cover story, the Oscar winner defended the film, though she did admit that there were a few elements that initially escaped her notice, including said “icky stalker scenario.” As she told the magazine, “I’m disappointed in myself that I didn’t spot it,” she said. “I thought the script was beautiful — it was this tainted, complicated love story.”

Yet, the article does note that “she’s proud of it but agrees with those who suggested the film would have benefited from a reedit and started with her character waking up.” Set on a dazzling, futuristic spaceship that is heading for a distant new planet to populate, the film follows Pratt’s character — who unexpectedly wakes up while everyone else is in cryosleep, seemingly dooming him to years alone — as he makes the decision to rouse Lawrence’s character, who he has become obsessed with. While the pair grow to love each other quite passionately, that bond is tested when Pratt’s Jim admits what he did. (Lawrence’s Aurora does not take it well.)

In our review, we noted that the film was “marketed as a kind of ‘”Titanic” in space’ love epic with a big, shocking twist — [that] should be far more entertaining than the flat-footed, loosely assembled result. And that’s to say nothing of the icky questions of consent that run through its central narrative, only to be brushed aside by the film’s iffy conclusion.”

Lawrence added, “It definitely wasn’t a failure. I’m not embarrassed by it by any means. There was just stuff that I wished I’d looked into deeper before jumping on.”

This Article is related to: Film and tagged Chris Pratt, Jennifer Lawrence, Passengers