Mel Brooks and Kate McKinnon's voice talents are totally wasted on this humorless children's movie from the Weinstein Company. 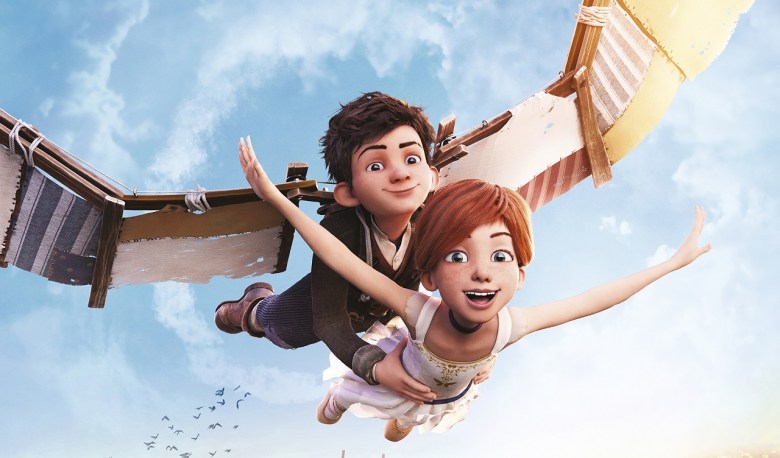 Generations apart, but connected by chutzpah and talent, Mel Brooks and Kate McKinnon have two of the most signature voices in comedy. Now, try to identify their characters in “Leap!,” the latest mediocrity for children from the Weinstein Company.

Either they were both so ashamed by the humorless script that they masked their voices well, or it’s impossible to imagine either one in the movie’s shockingly lifeless version of 1880s Paris. Directed by Eric Summer and Éric Warin from a script by Summer, Laurent Zeitoun, and Carol Noble, this filmmaking-by-committee approach ensured “Leap!” got tugged in a million different directions — and none of them good. The movie is weighed down by too many secondary characters, which only serve to dissipate their flickering charms. No one in the film, even our heroine, gets more than a hint of backstory as the single-minded plot careens toward its predictable conclusion.

Growing up in a countryside orphanage in Brittany, strong-willed Felicie (Elle Fanning) has dreams of escaping to Paris to become a ballerina. Aided by her adoring best friend Victor (Nat Wolff), the two rascals hitch a cockamamie ride on Victor’s latest winged invention, barrel down a dirt road in a wooden wagon, hop a train car, and land in the City of Lights. When Felicie wanders curiously into the school of the Paris Opera Ballet, she meets a timid woman with a limp and a secret past named Odette (Carly Rae Jepsen). Following Odette home, the peppy child talks her way into moving in with Odette, promising to help with the chores. In addition to her day job, Odette works as a live-in maid to the cruel Régine Le Haut (McKinnon) and her spoiled daughter Camille (Maddie Ziegler). Camille has been training as a ballerina for years, and is invited to audition for the ballet school. After a particularly cruel stunt, Felicie intercepts Camille’s audition letter and impersonates the literal enfant terrible in order to get into the ballet class. Since she’s completely untrained, Odette becomes her personal coach. When the jig is finally up and Felicie is caught in her scheme, the stern instructor (Terrence Scammell) allows Felicie to remain and compete for the role of Clara in the The Nutcracker. Once she is eliminated, he assures her, she must leave his class forever.

Victor is on his own tip, landing a coveted job in Gustave Eiffel’s workshop, which is somehow supposed to aid him on his quest to become an inventor. He checks in with Felicie periodically, eager to please and miffed by her interest in Russian wunderkind dancer Rudolph (Tamir Kapelian).

It’s hard to muster the energy to care about anyone, and every hint of a thread to be followed is left hanging. Felicie’s attachment to her mother’s music box is rooted in nothing but a brief flashback that comes too late to have any impact, and the reason behind Odette’s intimate knowledge of the five positions is brushed past with an anticlimactic exposition. With McKinnon as the voice, Régine is a major missed opportunity. Villains an be juicy in their evil, but this one is neither sensual like the Evil Queen or outrageous like Ursula; she’s just scary and mean. Cinderella’s stepmother is her closest cousin, but even her animators knew the power of an elegantly arched eyebrow.

Depiction of the time and place is sketchy at best: The Paris of “Leap!” lacks magic or romance, and it’s not even very beautiful (an especially odd oversight, considering what animation can do these days). The music, though beloved by certain Jepsen fans, feels completely out of place and the lack of any genuine humor means “Leap!” really falls short. Its one strength is in centering girls and women, although Victor is a much more eccentric and ultimately compelling character than Felicie. “Leap!” wants to be a grand jeté, but it’s stuck in first position.

This Article is related to: Film and tagged Elle Fanning, Leap!, Reviews