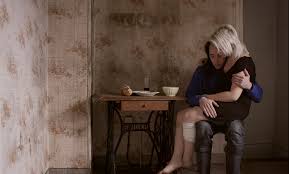 No matter how progressive the film community becomes, women continue to struggle to see their stories told. The problem is twofold — the representation of women in contemporary cinema and the enabling of women directors — and the scope of it is global. The 70th edition of the Locarno Film Festival featured no films directed solely by women in the main competition. This is a problem that has faced many contemporary festivals around the world, but Locarno at least managed to showcase two completely different films with assertive female leads: Serge Bozon’s “Mrs. Hyde” and Valerie Massadian’s “Milla.”

“Milla” was one of the more prominent films directed by a woman in this year’s Locarno Film Festival, where it competed in the Filmmakers of the Present competition. The film centers on the eponymous character, a 17-year-old who has run away from her family alongside Leo, a man not much older than she is. They occupy an abandoned house in an unnamed French seaside town near the English Channel.

The first half of the film is dominated by their routines: how they find money to buy food, what kind of meager meals they can prepare, how they wash their clothes, and tasks that generally show how they are trying to find happiness in the austerity in which they live. In the second half of the film, Milla works as a maid at a nearby hotel and later raises the child she had with Leo as years go by.

Bozon’s “Mrs. Hyde” is much less naturalistic, continuing a path already marked by his previous films. His farce stars Isabelle Huppert as Mrs. Géquil, a mature high school physics teacher placed in the suburbs of a major French city (we never see which; it might be Paris or Lyon), and we see her faced with constant challenges when coming to terms with both grabbing the attention and having the respect of her students, as well as finally obtaining the certification from the Ministry of Education, something that she’s been trying to get for 35 years.

The tone is absurd almost all the way through, and clearly manifested in the event that changes her life, where she’s zapped during a thunderstorm while conducting an experiment, which turns her into a version of herself made of light and energy that burns and electrocutes anyone that she comes across. This is Mrs. Hyde. It is through this new identity that she finds enough confidence to change the way she works and reacts to the students, especially towards the handicapped Malik, the one in need of the most attention, as he tries to integrate himself with dangerous local gangs.

Ironically, among these two titles, the film directed by a woman seems to be the one that falls short of disrupting genre expectations; Milla fulfills her roles in a silent way as a lover, a minimum wage worker and in the end as a single mother (who can only work as much as taking care of her child can give her free time), while her boyfriend Leo works and turns in the income.

On paper, this might seem like a problematic caricature of the human condition, but in reality, it is a singular portrait of a working class character who doesn’t have any way to transcend her condition. Both Milla and Leo’s experiences are only the result of what the system has allotted for them, and in exposing that patriarchal system it becomes a pessimistic film, aimed at stirring outrage through its poetic imagery and steady escalation of realistic human detail.

But “Mrs. Hyde” presents an overall more progressive view and actually upends stereotypical gender roles, having Huppert’s character working while her husband stays home to take care of the house. Her liberation through Mrs. Hyde only advances her career as a teacher, making her more attractive to her rowdy students. The film channels a classic horror fomula as a pseudo-adaptation of Robert Louis Stevenson’s “Dr. Jekyll and Mr. Hyde,” but frees itself from the boundaries of the book itself and its past interpretations, even beyond just changing the gender of the main character. In a way, Bozon is even alluding to the pulpiness of the Hammer Films—the image of Huppert walking in the middle of the night as in trance is highly reminiscent of “Brides of Dracula.”

However, despite the progressive sheen of the film, it raises a few troubling questions. It’s something of a paradox to see such an apparently feminist film fall for the trope of the woman who goes insane with power. But eventually the film does acknowledge the character’s fragility and brings back down to Earth. As in a superhero film—another touchstone for Bozon—Mrs. Hyde got this power, but she can’t control it, making her fragile and still approachable, working towards the overwhelming compassion that swells as the movie draws to a close.

Both “Milla” and “Mrs. Hyde” are unique portraits of women struggling against the roles society forces on them. In “Milla,” it appears as if the main character, with her daughter by her side, is only motivated to survive by love for her family. For Milla, love is an endless well from which she can draw strength and which leads her to try to pursue a series of thankless jobs, while at the same time becoming enamored with the challenges of being a mother.

On the other hand, “Mrs. Hyde” turns its ending into a political and social endeavor showcasing the importance of teaching and teachers in general, and how lives can change forever through them. It’s only when Huppert loses the control of Mrs. Hyde that she manages to improve Malik’s life, literally leaving a permanent mark on him.

Ultimately, both films are as visually inventive as they are thematically deep; the issue of female representation isn’t the defining ingredient for either of them, but it certainly doesn’t hurt that it’s there.

This Article is related to: Film and tagged Feminism, Locarno Critics Academy