In this essay from the 2017 Locarno Critics Academy, a look at three new queer films that explore similar themes. 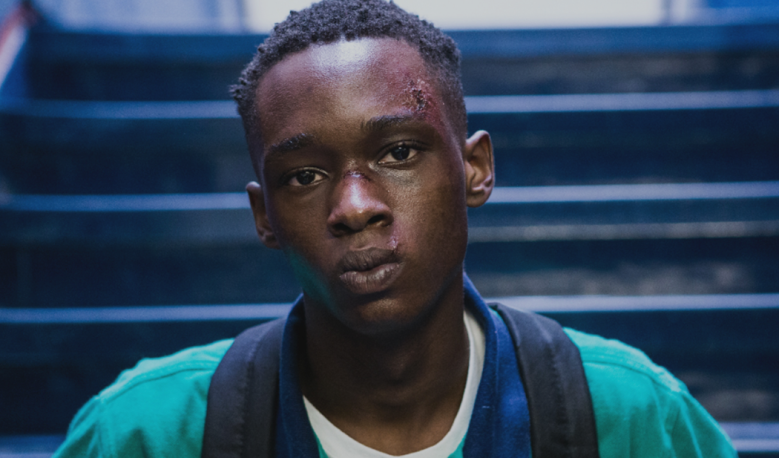 When Barry Jenkins’s “Moonlight” was awarded the Oscar for best picture in early 2017, some critics rushed to see it as a sign that the film community had adapted to the need for more expansive stories about sexual identity. Groundbreaking as it may have been, “Moonlight” was certainly not the first successful feature to address the subject, but its popularity epitomized a positive trend in recent cinema.

It should come as no surprise that an arthouse festival so receptive to the changes in the cinematic universe as Locarno would be responsive to these trends. Indeed, gender identity was at the cornerstone of the Swiss film festival’s 70th edition. Among the panoply of works that addressed the theme, three works did so through the lens of masculinity: Eliza Hittman’s “Beach Rats,” Dominik Locher’s “Goliath,” and Denis Côté’s “A Skin So Soft.”

Geographical distance aside (Hittman’s work is set in Brooklyn, Locher’s in Switzerland, and Côté’s in Québec), the three features share an ear for the ways in which traditional masculinity often entails performing in accordance with a set of socially accepted norms — in addition to the challenges involved in pushing back.

Hittman’s sophomore feature follows Frankie, a Brooklyn teen struggling to cope with his sexuality in a hyper-masculine environment. A typical bro by day – acting rough with his friends and flirting clumsily with girls – Frankie spends his nights video chatting with gay men, some of whom he meets for casual sex.

Locher’s work focusses on Jessy and David, a young Swiss couple whose relationship is put to test by an unexpected pregnancy and a late-night assault aboard a suburban train. When the duo is attacked by a drunkard and David is unable to protect Jessy, his fear of not being man enough begins to haunt him, forcing him to inject anabolic steroids and enter a path of self-destruction.

Finally, Côté’s “A Skin So Soft” follows the extreme diets and training routines of five body-builders and wrestlers who share the same obsession with overcoming their limitations.

Diverse as they may be, at the heart of the three features lie some strikingly similar questions: What does it mean to become a “proper” man? And where does the urge to perform in accordance with this idealized notion come from?

In some fundamental sense, being a man in “Goliath” and “Beach Rats” is hashed out as a question of protection — albeit in opposite ways. Frankie’s dude-bro swagger is a mask that shields the teen from his friends’ homophobia. Throughout Hittman’s film, there are moments when the boy seems to test the people he knows as if to see how they’d react if he were to reveal his queer urges. He asks the girl he dates whether she finds the idea of two boys kissing hot, and tells his straight friends he’s been video chatting with gay men, only to clarify he’s playing gay to meet with them and smoke their weed. At the heart of Frankie’s tragedy is the impossibility of pursuing sexual desires in a hyper-masculine environment that chastises and mocks anything that goes against its rules – a world that could never hear, let alone understand, his pain. David’s urge to gain muscles in “Goliath” is also a question of protection, but for the soon-to-be father bulking up is not a means to adjust to a conservative environment, but to protect his girlfriend. Locher excels at exploring the ways in which fatherhood is often inextricably bound with a specific masculinity, and David’s transformation from a fragile Thom-Yorke lookalike into a hunched, steroids-filled gym addict is mesmerising. The tragedy of “Goliath” is baked in irony: David begins injecting steroids in order to become the kind of man who can protect his girlfriend, but by the time the transformation is complete, he’s the one who threatens her and jeopardizes their life together.

In contrast to “Beach Rats” and “Goliath,” “A Skin So Soft” may look like an odd choice for comparison. Côté’s portrait of five Canadian bodybuilders and wrestlers has a documentary-like quality, and François Messier-Rheault’s high-definition cinematography is markedly different from “Beach Rats” DP Hélène Louvart’s grainy and low-lit lensing. But aside from formal considerations, the five men Côté follows also seem to strive for an idealized image of the male body for reasons that are very distant from those behind Frankie and David’s struggle. The film’s five characters put themselves through unbelievably demanding training routines. Their obsession with muscles, however, is not a question of protection, but one of limits. Becoming a wrestler champion or a world-class body-builder is fundamentally linked with an urge to overcome all physical limitations and turn their bodies into perfect, hairless machines.

But while their struggle may not be defined as a need to maintain a low profile in a determinedly hetero environment, or a matter of protecting one’s partner and deal with a forthcoming parenthood, Côté’s bodybuilders exhibit the same attributes that turn Frankie and David into memorable characters. The Canadian director switches from his subjects’ lives inside gyms to more private family moments. We see them flexing their muscles and then holding their babies, lifting weights and then kissing their dogs, acting tough on the ring only to tell their wives how afraid they are of the whole thing slipping through their fingers in an instant.

This is the thread that intimately connects “Beach Rats,” “Goliath” and “A Skin So Soft,” and what makes the three features stand out as remarkable: Hittman, Locher, and Côté do not portray masculinity as a monolithic whole but rather as a more porous experience, where one’s public and private selves exist as an ongoing contradiction. There’s a poignant scene in “Beach Rats” when Frankie watches the fireworks illuminate a summer sky above Coney Island and his straight-acting persona suddenly crumbles, his real fragility suddenly appearing on his face. And there’s another, almost identical scene in “A Skin So Soft,” when a bodybuilder veteran sits on the grass to watch the fireworks cracking on the sky, and his muscles can finally relax while a big, heart-warming smile appears on his face.

This is the work of directors who’ve been able to pay justice to manhood as a fundamentally fluid and multifaceted experience. And that is no small feat.