Beloved by her cast for taking "no shit from anyone," director S.J. Clarkson found a visual language to tackle the massive challenge of bringing together four unique series. 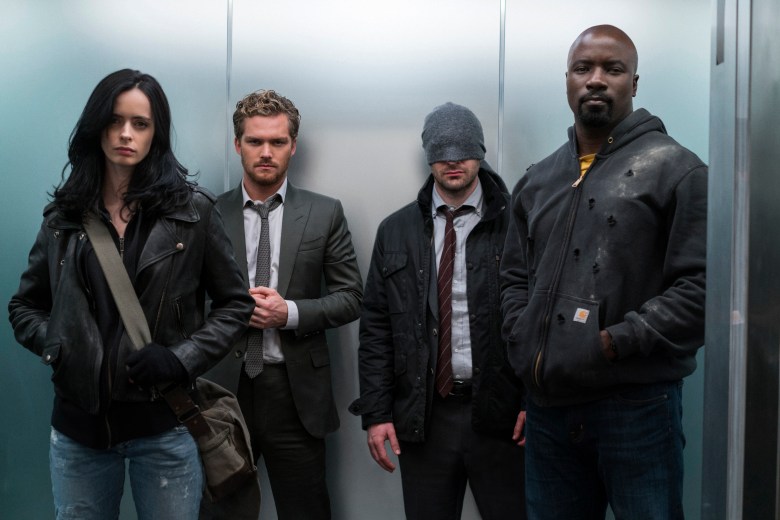 With the premiere of “Marvel’s The Defenders,” fans of the Netflix/Marvel universe are finally getting the “Avengers”-style unification of four superpowered series — but don’t expect that to happen all at once. While Daredevil, Jessica Jones, Luke Cage, and the Iron Fist all live in the same New York City, they all come from very different shows.

“In the story we took our time, each person introducing the audience to their own worlds,” showrunner Marco Ramirez told IndieWire. “We made sure that we really honor the fact that they all existed independently before they start coming together.”

That’s why it was important to find the right director, someone capable of capturing not just the unique natures of each character, but their basic aesthetics. And the director tasked with making that work on screen — essentially, directing four different styles of show at the same time — was S.J. Clarkson, a television veteran from the U.K. with credits including “Life on Mars,” “Whitechapel,” and “Orange is the New Black.”

“That was probably the biggest challenge that I thought of, when they asked me to do it,” Clarkson said. “I was like, ‘OK, so what is it going to look like?'”

As the director of “Marvel’s Jessica Jones” Episodes 1 and 2, Clarkson was a key architect of that show’s tone and look, but she had three other series to deal with. Her solution was to “honor the looks of the shows” by heightening the individual color palettes of each character.

“Matt Murdoch’s world had hints of red everywhere,” Ramirez added. “Jessica Jones’ world had lots of violet and lots of purple and lots of blue, Luke Cage had a lot of ambers and yellows, Iron Fist had a lot of green and earth tones. And so when [the characters] finally start to combine and cross pollinate visually, [Clarkson] then told the story of green and yellow meeting, or red and purple meeting, or red and blue meeting. And so that, I think, that to me was the stroke of genius that made the first two episodes shootable.”

Mike Colter, who first worked with Clarkson in his initial debut as Luke Cage in “Jessica Jones,” said that “she’s been working with this brand for a while now, so she has a real feel for what it takes to tell the story and how to make it that extra flair that comic book stories tend to have. She knows the camera angles, the lighting.”

For Clarkson, the hardest show to invoke was “Iron Fist.” As someone who didn’t grow up as a huge comic book fan, the director said she responded more to the more grounded story of a character like Jessica Jones.

“I think I can safely say that, of the four of them, ‘Iron Fist’ is the more mythological, out-there one,” she said. “I suppose that one I found really challenging to get into, but once again, I just went with character, because I thought you could think about it as being this martial artist from K’un-Lun, and this whole sort of mythological, magical world out there, or I can just go, ‘What’s it about?'” S.J. Clarkson and Sigourney Weaver on the set of “The Defenders.”

But once she got into the character of Danny Rand (Finn Jones), it became a lot easier to engage with “Iron Fist.”

“This is about a guy who is really hurting, because he’s lost his family and he’s trying to figure out who he is,” she said. “He’s trying to fit back into the world, and he has this ability that he knows is this massive responsibility that he’s actually struggling to deal with. Once I went in on that, and once I thought that’s what he’s about, then I could land it.”

It may have helped that she had a bit of a head start — while she was in pre-production on “Defenders,” the first season of “Iron Fist” was in production, and she was asked to reshoot a scene that the original director of the episode wasn’t available to handle.

“I got to work with Finn in advance, which was great for me,'” she said. “Then, when it came to working with him again, we already had a shorthand, because we’d had that time together. I actually think that reshoot was incredibly valuable for me, if anything, because I just sort of actually got down and sort of started to immerse myself in that world.”

Even while setting up each of the Defenders as distinct characters, Clarkson did build a visual language that would eventually unify them. “Each of them had their own voice, but they were all shot in the same lenses. I had a similar feel to each of the framing of them, so that you felt like you were in the same world,” she said.

“The other thing I tried to really concentrate on was transitions, so the transition between cutting from one character to the next and moving from one place to the other. I established this look of trains passing, so it was almost like if you traveled across town or uptown, you would then meet the next character,” Clarkson said. Those transitions often became as detailed as ending a scene with one character turning to look behind him, and then cutting to another character (shot a completely different day). Clarkson described one moment: “[Luke Cage] puts his hood up and he descends the stairs, and then Jessica’s ascending the stairs and she puts her hood down. It’s like it’s almost that they’re the same person or they’re almost looking at each other or mirroring each other. When you have those ideas in mind, you’ve got to be quite specific about what you get.”

That specificity, among other qualities, earned her a great deal of respect from the cast.

“She’s fabulous, man,” said Charlie Cox, who plays Matt Murdoch/Daredevil. “She’s very cool. And this is something that I really admire in directors, something I really like, is that she’s very opinionated. She’s not afraid to tell you what she wants and what she thinks, and she’s very, very organized, very prepared. She has a vision, and she wants to see it through.”

Finn Jones called Clarkson one of his favorite directors.

“She takes no shit from anyone,” he said. “And she really cares about getting the best out of her actors and doesn’t compromise until she gets that performance. For an actor, that’s really great, especially when there’s lots of demands from producers and scheduling, and she’ll just be like, ‘No, hold on guys. I’m the boss here. We’re going to make sure we get the best of these actors and this scene before we move on.’ To have someone like that as a director for the first two episodes is a complete blessing.”

This Article is related to: Television and tagged Marvel's The Defenders, Netflix, S.J. Clarkson