As the filmmaker prepares for a packed awards season, she gears up for an honor that's all about pushing forward — her way. 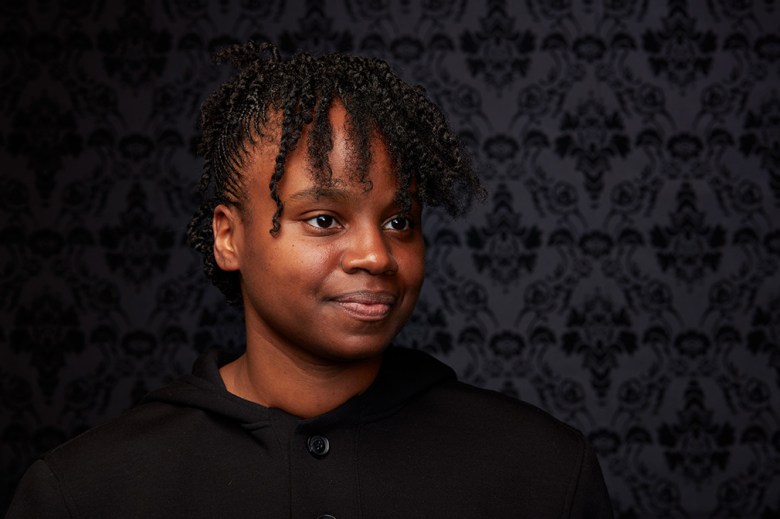 Dee Rees knows how to say no, especially when it comes to making decisions that will impact her still-rising filmmaking career. And while she’s likely the last person to call herself a vanguard, at least one organization is more than happy to bestow the honor on her: Sundance, which has fostered her talent — and her independent thinking — from the beginning.

Now in its fifth year, Sundance NEXT FEST aims to bring the spirit and energy of the festival to sunny Los Angeles, at least in short form, thanks to a four-day event that plays home to screenings, talks, and events curated directly from the January lineup. This year, Rees will be on hand to receive the festival’s Vanguard Award, created to celebrate “an emerging audience with creative independence.” Rees is in good company, as previous Vanguard winners include Damien Chazelle, Benh Zeitlin, and Ryan Coogler.

Rees’ roots with the festival run deep — her NYU thesis, the short that would become her full-length “Pariah,” helped get her noticed by the Sundance Institute, leading to what is now a ten-year-long relationship with both the organization and its affiliated festival. In 2007, she took the feature script for “Pariah” to the institute’s Screenwriters Lab; the next year, she and her “Pariah” were back again for the Directors Lab portion of the program. The finished film debuted at the festival in 2010. Six years later, she returned with her historic drama “Mudbound,” which sold to Netflix for an eye-popping $12.5 million.

“It’s where I got my start,” Rees said of the institute in a recent interview. “It was like the first industry notice I’d gotten, they’re responsible for a lot of the relationships that I ultimately built in the industry. As an outsider, Sundance was kind of that key.”

Rees is also passionate about the work that the institute does, something that is often outshone by the glitz and glamour of the festival. “For me, Sundance always felt big,” Rees said. “It’s not the only way to make your way, but for me, it was definitely that critical link between struggling artist, kind of working on my own, to actually working professionally and being connected and being seen.”

The opportunities afforded to her by the Sundance spotlight also made it possible for Rees to continue being the kind of filmmaker she always wanted to be, with a few adjustments.

“My ultimate dream was just to be an auteur,” she said. “I had this thing where I only wanted to work on original material, no adaptations, and obviously that changed. I really wanted to have the resources and have the space and the time to tell stories that I’ve really cared about. I’ve kind of changed my approach, but I’ve gotten to do that, to tell stories that I really care about.”

Female directors often face an uphill battle when attempting to launch their second feature film — an issue that’s bolstered by both anecdotal evidence and hard numbers — and Rees similarly saw the time between “Pariah” and her second feature “Bessie” as crucial to the rest of her career. Rees, however, was unruffled by the challenge. For her, it was much more important to hold tight to her creative freedom while she still could and, in her own words, “still have the freedom to say no” to projects that were not right for her sensibilities.

“There’s a lot of power in saying no to big things that you don’t want to do in order to say yes to the kind of things that really inspire you,” Rees said.

After “Pariah,” Rees said she was approached for a number of other projects that were similarly in the coming-of-age vein, but she didn’t want to be pigeon-holed into that genre forever. She was also on deck for at least one “big genre kinda thing” that she sheepishly confessed she backed away from before even taking the first meeting. “My agent got this meeting with this big studio, and it was like the day before I was supposed to have the call, and I cancelled,” she said. “When I thought about the film, it really felt like, it took us so long to get ‘Pariah’ going, it was such a labor of love. It was literally made with blood, sweat, and tears, so it felt like, ‘Oh, if I do this movie next, it’s a slap in the face to everybody who believed in me. This can’t be the next thing.’ Who knows if I would have gotten it, but I cancelled the meeting.”

The Queen Latifah-starring HBO biopic “Bessie” arrived four years after “Pariah,” a lengthy period that Rees admits scared her. “It felt like that gap was really long,” Rees said. “I started freaking out, like, ‘My God, I don’t want to be the one who’s just made a movie.’ Definitely, those years felt scary and lean.”

True to form, Rees didn’t give up (or sell out). Though she didn’t make another film in that interim, she plugged away at a number of projects, including an HBO-produced Viola Davis-starring adaptation of “The Personal History of Rachel DuPree.” That series didn’t pan out, but did solidify her relationship with the cable giant. Relationships and connections reign supreme in Hollywood, and Rees is nothing if not dedicated to maintaining them with like-minded creators.

With each project, things have gotten just a touch easier for Rees, a big enough victory for any indie filmmaker bent on staying creatively independent, and one that feels particularly heartening to her. She’s come a long way from canceling meetings. “Mudbound,” already hailed as an awards contender, was actually brought to her, thanks to producer Cassian Elwes, who came to Rees with an offer already on the table.

“It wasn’t like a meeting, it wasn’t contingent [on anything],” Rees said. “It was Cassian saying, ‘I want you to do this film if you want to do it.’ That was the first time that happened. That felt like a step, to get the offer up front, for someone to want you without having to jump through hoops, doing the dog and pony show. Hopefully, it opens the door to me to keep being able to work that way.”

This year’s Sundance Next Fest runs August 10 – 13 in Los Angeles.

Check out the rest of our bi-weekly Film Festival Roundup on the next page, including a trio of big tributes and dates for next year’s Tribeca Film Festival.

Page 1 of 2
Continue Reading: Why ‘Mudbound’ Filmmaker Dee Rees Said No to Studio Films and Kept Her Creative Independence