The latest news from the "Grey's Anatomy" creator is just the beginning of a potential battle royale. 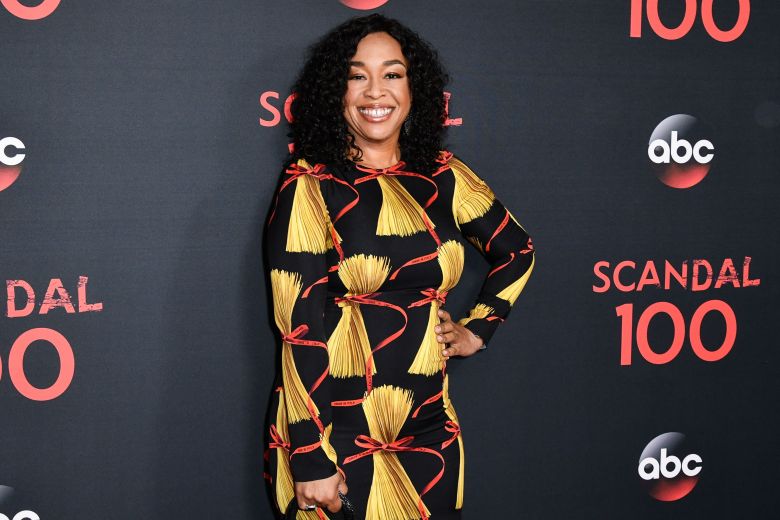 Last week, Landgraf warned reporters that the traditional broadcast and cable networks faced a “titanic struggle” versus Silicon Valley and its “winner take all” philosophy.

And then came Rhimes’ blockbuster deal with Netflix, announced Sunday night, as if to underscore his point.

The “Grey’s Anatomy” creator’s decision to leave ABC Studios and park her Shondaland shingle at the streaming giant represents a huge blow to not just to Disney/ABC but to commercial television itself. Rhimes creates appointment television – something in short supply in the broadcast world these days.

Like many other creators, Rhimes ultimately couldn’t resist the allure of creative freedom and big budgets at Netflix. It’s hard to argue against that: “[Netflix chief creative officer Ted Sarandos] provides a clear, fearless space for creators at Netflix,” Rhimes said in the press release announcing the deal. “He understood what I was looking for — the opportunity to build a vibrant new storytelling home for writers with the unique creative freedom and instantaneous global reach… The future of Shondaland at Netflix has limitless possibilities.”

Whereas other veteran producers remained parked at their traditional studio while trying out the streaming world (Chuck Lorre, for example, just produced “Disjointed” for Netflix through Warner Bros. TV, where he remains based), Rhimes has opted to work exclusively there.

The Rhimes deal had been in the works for months, but just happened to be announced days after Disney revealed plans to launch its own streaming services featuring ESPN content on one, and Disney theatrical releases (previously available on Netflix) on the other. As studios start to take back their content, it’s imperative for Netflix to own more of its own programming: The acquisition of Millarworld (“Kickass,” the “Kingsman” franchise) is one way; luring Rhimes is another.

“Silicon Valley’s business strategy and operating model… is a winner-take-all or winner-take-most” structure, Landgraf told reporters at the Television Critics Association press tour. “In that world, it’s about scale. It’s about data. It’s about technology, AI algorithms, finance. It’s about being able to bring billions upon billions of dollars, even at a loss, to bear on conquering markets. And I think that’s a very, very stiff headwind, I would say, for anybody who’s not in Silicon Valley and not on that side of that business model.”

Conglomerates like Disney and 21st Century Fox aren’t exactly mom-and-pop shops, and can presumably hold their own against growing behemoths like Netflix and Amazon — except, Landgraf noted, in one very specific way: They have to spend within reason and without losses.

That’s why Landgraf is predicting an “epic titanic battle for talent that’s coming.” Or perhaps it’s already here, if the Rhimes deal is any indication. Netflix also announced last week (right during FX’s TV Critics Association press tour session) that it would be streaming “The Ballad of Buster Scruggs,” the upcoming Western anthology series from “Fargo” filmmakers Joel and Ethan Coen, while Amazon grabbed “The Walking Dead” creator Robert Kirkman away from AMC.

So why did Disney seemingly let go of Rhimes without much of a fight? Disney/ABC even released her from her overall deal a year early, in order to sign up with Netflix.

The key point, which ABC and Rhimes stressed several times, is that Shondaland will still be actively producing her ongoing ABC series – including “Grey’s Anatomy” and “How to Get Away with Murder.” And then there’s “Scandal,” which Rhimes is expected to be very involved with as it heads into its final season.

“Our current shows will continue to thrive on ABC and Shondaland will be there every step of the way,” Rhimes said in her Netflix statement.

To Disney/ABC execs, it was clear that Rhimes was leaving no matter what as soon as her deal expired next year (per the Wall Street Journal, which first broke the news on Sunday night, Rhimes had told the studio that she would move on). So why belabor things and spend money on one more year, when they’ve already got Rhimes locked up for a midseason show (“For the People”), a “Grey’s Anatomy” spinoff, a pilot (“Adult Behavior”) and other projects in development?

While Netflix takes over Shondaland’s overhead immediately, she and production partner Betsy Beers will still be busy with ABC fare over the next year and far beyond, even while preparing for a Netflix future.

Besides, perhaps it was time for Rhimes to move on, as she had done just about everything she could in the broadcast realm (and her more recent entries, such as this summer’s “Still Star-Crossed,” haven’t performed as well).

As Silicon Valley keeps opening its checkbooks and stealing away broadcast and cable’s best and brightest, Landgraf admits that the more traditional outlets are going to have to evolve their business models.

But the more their homegrown talent disappears, the tougher that promise becomes.