From "Barefoot in the Park" to "Our Souls at Night," these two are always a joy to watch. 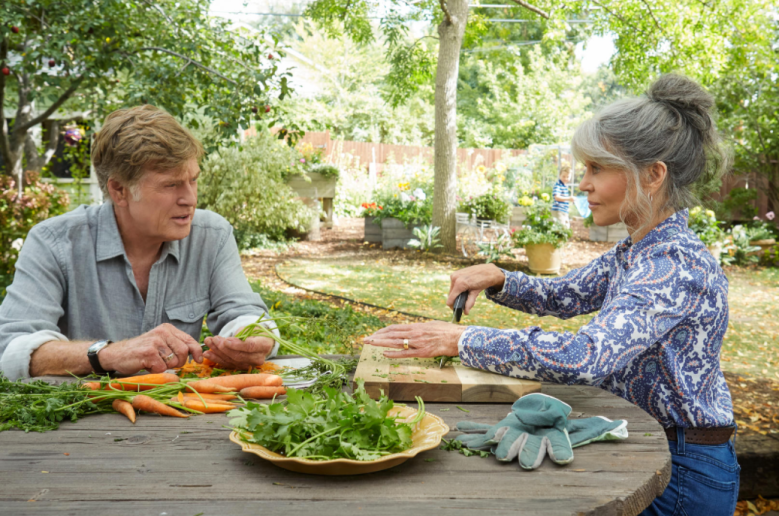 “Our Souls at Night.”

It’s amazing to think it’s been fifty years since these two legends first graced the screen together, in Neil Simon’s “Barefoot in the Park” (1967), directed by Gene Saks. Now, they’re revisiting that crackling chemistry for a literary adaptation about finding love in one’s autumnal years.

Per the official synopsis: “Based on the best-selling novel written by Kent Haruf and adapted for the screen by Scott Neustadter and Michael H. Weber (“The Fault in Our Stars”), Our Souls at Night is set in Colorado and begins when Addie Moore (Jane Fonda) pays an unexpected visit to a neighbor, Louis Waters (Robert Redford). Her husband died years ago, as did his wife, and in such a small town they’d been neighbors for decades, but had little contact. Their children live far away and they are all alone in their big houses. She seeks to establish a connection, and make the most of the rest of the time they have.”

The film also stars Bruce Dern, Matthias Schoenaerts, Judy Greer and Iain Armitage. “Our Souls at Night” will have its world premiere at the Venice International Film Festival, where both Fonda and Redford will be celebrated with Golden Lion lifetime achievement awards.

Watch the lovely first trailer below:

“Our Souls at Night” will be released on Netflix and in select theaters on September 29.

This Article is related to: Film and tagged Jane Fonda, Our Souls at Night, Robert Redford, Venice 2017