Jonathan Demme was to Paul Thomas Anderson what Anderson is to the next generation of independent filmmakers. 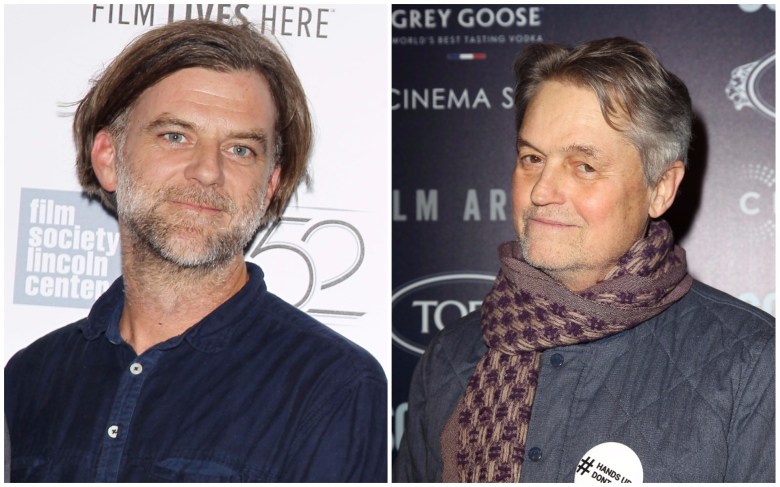 Programmers at Brooklyn’s BAMcinématek had already been planning Jonathan Demme month when news of his death broke, the comprehensive retrospective of one of American cinema’s most influential voices took on new meaning in the wake of his passing — and brought some of his disciples out of the woodwork. These included Paul Thomas Anderson, who moderated a series of conversations throughout the program’s opening weekend.

The series kicked off with the 1986 slapdash comedy and road movie “Something Wild,” and Anderson was on hand to interview the film’s producer Ed Saxon and SXSW founder Louis Black, a longtime friend of the late director. But it was Anderson, who’s currently in post-production on his December release “Phantom Thread,” who naturally consumed the spotlight. “This is so thrilling for me, and nerve-wracking to be here,” he said by way of introduction, calling himself the “master of ceremony for the weekend.” He was clearly excited to be there celebrating Demme, whom he called his “favorite, top-of-the-line filmmaker.”

“Something Wild” stars Jeff Daniels as a straitlaced financial analyst with a rebellious streak and Melanie Griffith as the wildly impulsive mystery woman who picks him up and practically kidnaps him for a quixotic road trip that takes a very dark turn.

Here are some of key Demme attributes that Anderson singled out over the course of the evening. Jeff Daniels and Melanie Griffith in “Something Wild.”

“Jonathan had this gigantic generous heart, and his films are full of warmth and humanity,” said Anderson. “On the other hand, when Jonathan decides to turn the screws to you, for anybody that’s seen ‘Silence of the Lambs,’ he really does it deeper and nastier than anybody, which is the flip side of him. So for this film, enjoy that first hour — because when it turns, it’s gonna turn. And it’s gonna be really exciting when it does.”

There Is No Background

Following the screening, Anderson could hardly contain himself . “Oh god, I have a million questions,” he said. “One thing I would say about all of Jonathan’s films is that there’s not background in the traditional way that you see like somebody mindlessly crossing in the background of an office. Literally everything, every person in the frame seems to have some role or story going on.”

Anderson wondered if this obsession of Demme’s was hard on the producers, but they just smiled. Saxon donned a quick Demme impression to respond, “He’d say: ‘Eddie, whoever onscreen at that time is the star of the movie.'”

Anderson also remarked on Demme’s control of music throughout the film. “Up until that time, there couldn’t have been a longer crawl of songs in a movie, that was historic how much music was in that movie. Watching it again, it’s there and it does everything, but it doesn’t overpower it. There’s all these long silences, too.” With an almost childlike fascination, he added: “I still can’t figure out how he did it.”

Anderson then pointed out the origins of a seminal Demme device in “Something Wild”: Those straight at the camera close-ups that made “The Silence of the Lambs” so eerily penetrating.

“Jonathan is notorious and famous for his close-ups — not just his close-ups but the close-ups where a character is looking straight into the lens,” Anderson said. “I think this is where he did it first. I searched everything else to see, but I think the moment when Jeff Daniels stabs Ray Liotta is the beginning of Jonathan’s trademark looking into the lens, which is the highest high-wire degree of difficulty to pull off and not look stupid. But he just did it somehow — created it and made it a thing that you could do (if you did it right) that was so effective and so emotive.” Stay Ahead of the Critics

“Something Wild” was the second film in a string of four classics: Demme made “Stop Making Sense,” “Something Wild,” “Married to the Mob,” and “The Silence of the Lambs” in just seven years, from 1984 to 1991. “That’s four in a row that’s kind of unparalleled,” Anderson said. (Though “Boogie Nights” to “Punch-Drunk Love” to “Magnolia” to “There Will Be Blood” ain’t bad).

Having read reviews for each of the films in the series, Anderson noted admiringly that critics never knew what to expect from Demme. “It seemed like no one could really keep ahead of him,” he said. “There’s no corralling him at all.”

Jonathan Demme: Heart of Gold runs all month at BAMcinématek.

This Article is related to: Film and tagged Jonathan Demme, Paul Thomas Anderson