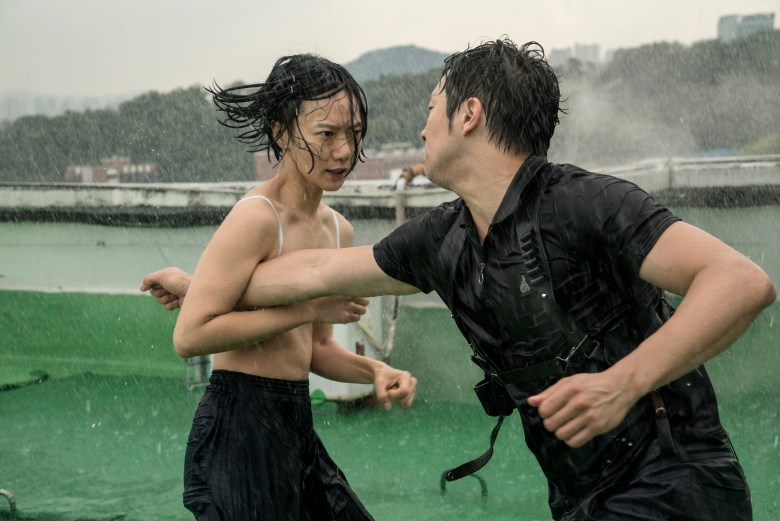 Netflix broke the hearts of many when it announced in June it was canceling the Wachowski series “Sense8” after two cult-favorite seasons. The series had aired 23 episodes and became beloved for its empowering themes of acceptance. Fan outcry was so passionate over the news that Netflix convinced Lana Wachowski to wrap-up the series with a two-hour movie set to premiere in 2018.

We’re huge admirers of the show, as are many of our fans. Obviously, for both us and the Wachowskis this would be a big move, and the logistics would need to be worked out. This isn’t just about switching a network, this is about switching the way a show is delivered, and thus how the show is produced and what is produced. Does it open up possibilities for the storyline if the show is moved away from a mainstream corporation and onto a platform that’s not sex-phobic? Does a mainstream audience feel comfortable moving to a platform known for adult? What we admire about the Wachowskis, and about the show itself is that it takes risks. I think that we’re a nascent network, and I’d love to hear what they would do with us.

Lana Wachowski had originally intended to continue “Sense8” into a third season, so the chance to actually make good on her vision is probably an enticing one. However, she’s already agreed to wrap up the series with the Netflix movie, and the streaming giant wouldn’t necessarily want to give up the rights to the show to another platform given that all episodes will remain available to stream on its site.

This Article is related to: Television and tagged Lana Wachowski, Sense8