Cameron Esposito revealed how many women, queer people and people of color worked on the comedy. 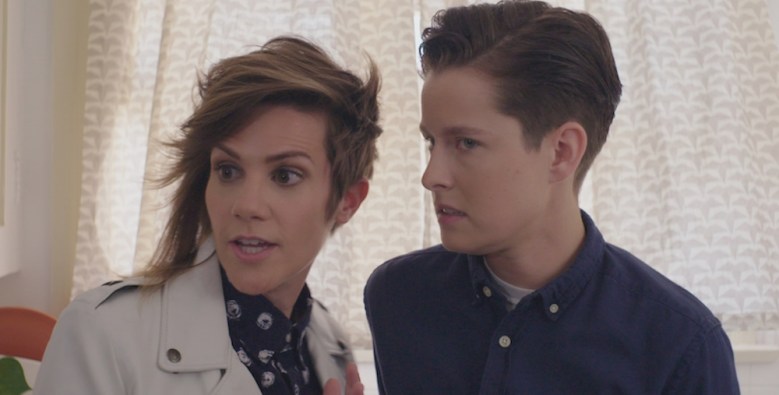 In the wake of Seeso confirming that it would be shutting down operations, one of its stars, Cameron Esposito, is putting into context the important opportunities that have been lost as a result.

Esposito and her wife Rhea Butcher, both stand-up comedians, created and starred in Seeso’s “Take My Wife.” Playing fictionalized versions of themselves, Esposito and Butcher made a comedy that looks at what it takes to make it in both stand-up and a relationship. Financial concerns, working out routines and everyday sexism are just some of the issues that the show tackles, but “Take My Wife” doesn’t shy away from the darker subject matter. The show’s second episode tackled the topic of sexual assault in a way that would be eye-opening to many, even women.

After Seeso revealed the imminent shutdown in a Facebook post on Wednesday, Esposito weighed in on Twitter a few hours later. In the post, she listed various stats about how inclusive the show was in its hiring process, giving jobs to queer people, people of color and women.

In its two seasons, the series boasted an all-female writers’ room. The show also made a point to increase its diversity in its second season, which has yet to air anywhere. Season 2 included 22 out of 47 roles played by LGBTQ+ actors, 83 percent women in the cast overall, and used music from queer musicians and other queer-friendly companies for wardrobe and set dressing.

The point of the tweet was partly appreciation of Seeso’s support of such hiring initiatives but partly to encourage others to make a point of making that same kind of inclusivity a priority:

Wanted to tell u what having a show on Seeso allowed us to do. I am so proud of #TakeMyWife. pic.twitter.com/UatqOyrPY7

Some of Seeso’s content such as “HarmonQuest” and “Hidden America with Jonah Ray” have already found a new home on VRV. Its high-profile period comedy “There’s …Johnny!” about “The Tonight Show Starring Johnny Carson” circa 1972 is still being shopped around. There’s no word yet on the future of “Take My Wife.”

This Article is related to: Television and tagged Cameron Esposito, LGBTQ, Seeso