Prestige dramas such as "The Crown," "The Handmaid's Tale," and "Genius" continue to dominate with subtle VFX. 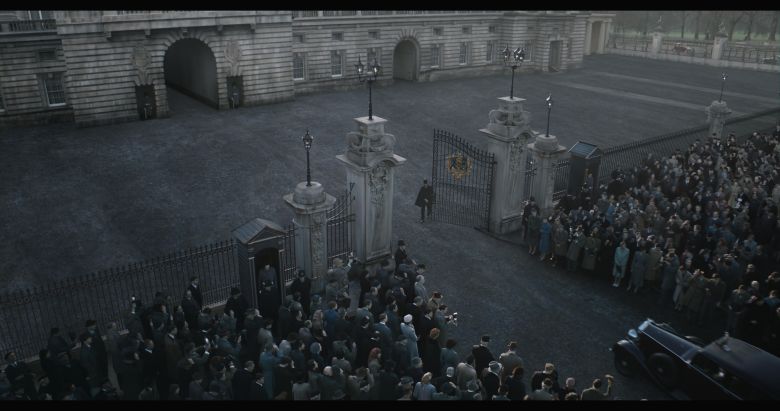 It’s been five years since the TV academy adopted the Supporting Visual Effects category in an effort to honor subtle, less dominant work. It’s hard for a prestige drama with set extensions and other environmental re-creations to compete with “Game of Thrones.” (Luckily that’s not an issue this year.) Previous winners include “Boardwalk Empire,” “Banshee,” “Black Sails,” “American Horror Story: Freak Show,” and “Sherlock: The Abominable Bride.”

This season it’s a battle between “The Crown” and “The Handmaid’s Tale,” joined by “Genius,” “Gotham,” and “Taboo.” All feature splendid environmental work that help conjure the retro Gilead or recreate Buckingham Palace, gritty 19th century London, 1920’s Berlin, and present-day Manhattan.

For the episode in which Queen Elizabeth (nominated Claire Foy) negotiates her new life with Winston Churchill (nominated John Lithgow), One of Us in London provided supporting VFX (under the supervision of Ben Turner). The CG and compositing teams worked on digital set extensions, environmental builds, and crowd replication (requiring in-house software development) used across several scenes. Enhancement of real locations was also key. Partial sets for Buckingham Palace and Downing Street were extended and augmented for scenes involving the royal family and Churchill. And in the case of Westminster Hall, the team transformed Ely Cathedral into the location for King George VI lying-in-state.

The physical destruction of St. Paul Catholic Church in the second episode represents the loss of any hope of sanctuary the characters had left. Mavericks VFX of Toronto (under the supervision of CEO Brendan Taylor) created a full scale model, filled it with authentic wreckage, and took deliberate steps to properly reflect the aura of dread. Drawing inspiration from a Second World War ruin gave the VFX artists a clear reference. Building a geometric mesh of the structure, texturing, resurfacing, assembling multi-channel renders, and incorporating a full CG excavator, achieved a realism to mirror the uneasy look in the characters’ eyes.

Following the lead of production designer Sonja Klaus’s work on Tilbury Fort as a starting point, London’s BlueBolt (under the supervision of Henry Badgett) built a grittily filthy riverside London of 1814.The local geography of the story’s main location in Wapping down by the river was particularly important to making sense of the edit, so BluBolt created a large low-resolution virtual set that they could use to orientate viewers, adding matte painting detail where necessary and bringing it to life in comp. Also included were some fully CG backgrounds for green screen shots (generally around the river Thames setting, including London landmarks St. Paul’s Cathedral and the Tower of London), and adding period sailing ships to the Thames. And plenty of gore, too.

For the third season finale of the DC Batman origin story, CoSA VFX (under the supervision of Thomas Mahoney) created the final reveal of Bruce Wayne watching over Gotham in an iconic Batman pose, foreshadowing his future. This required a practical shot and a green screen shot, bridged by a CG camera. Starting with sketches, they mapped out the blueprint of a CG Gotham environment. Some of the buildings from the practical alley shot needed complete CG replacement buildings to facilitate the transition from alley to rooftop. This was topped off with swirling smoke, twinkling lights, and moving clouds.

For the kickoff of National Geographic’s “Genius” series about Einstein, directed by Ron Howard, the VFX ranged from the creation of entire historic environments and events to the inner workings of Einstein’s mind (portrayed in later years by nominated Geoffrey Rush). UPP of Prague (under the supervision of Eric Durst) did a full CG recreation of the 1922 funeral of Germany’s Foreign Secretary Water Rathenau at the Brandenburg Gate (matched to the surrounded shots photographed in Prague). In addition, they visualized Einstein’s most well known Though Experiment of traveling next to a beam of light, which was meant to convey Einstein’s artistic genius as well.

This Article is related to: Awards and tagged Emmys, The Crown, The Handmaid's Tale, Top of the Line