The latest series from "The Wire" creator David Simon premieres September 10 on HBO. 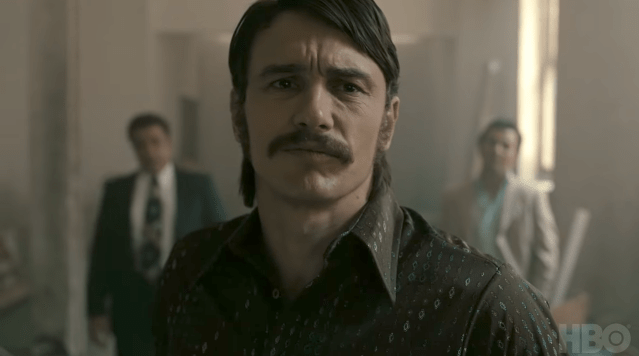 If you weren’t already sold on “The Deuce,” this might be what finally does the trick.

It’s another heavy look at dueling James Francos: The actor plays twin brothers Vincent and Frankie Martino, Time Square bar owners whose involvement in this burgeoning business causes some unexpected trouble. Maggie Gyllenhaal also stars as “Candy” Merrell, a sex worker who gets drawn into the business with different ambitions.

This new trailer follows all of their pursuits of cash, either via bank loans or another line of work, money flowing from within and outside the underground business. It also gives a hint at how “The Deuce” will look at the police’s response to (or involvement in keeping) this industry thriving.

“The Deuce” sees Simon re-teaming with author and previous collaborator George Pelecanos as co-creator. (Pelecanos also has the documentary “Baltimore Rising” premiering on HBO in November.) It’s Simon’s sixth series for HBO, his first since the Oscar Isaac-starring miniseries “Show Me a Hero” in 2015.

Watch the latest full trailer (complete with bell bottoms and smoke-filled interiors) below: