Finding the right follow-up project after your indie breakout is a challenge for emerging filmmakers. 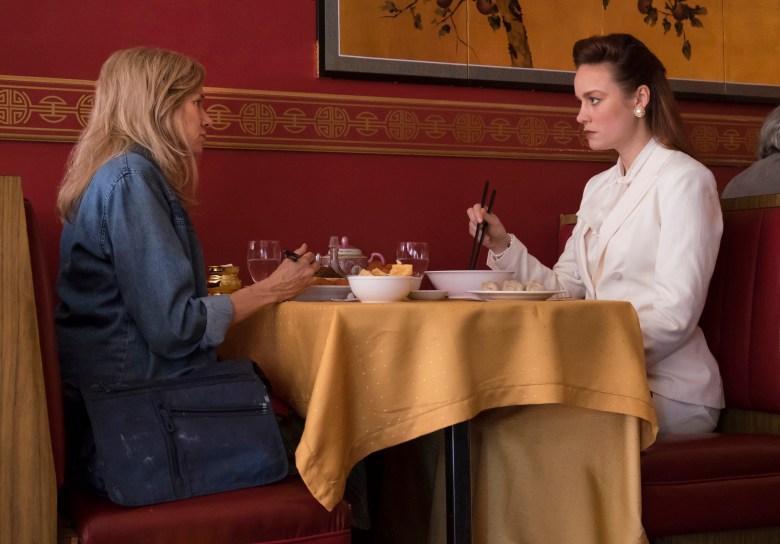 Naomi Watts and Brie Larson in “The Glass Castle”

Every breakout independent filmmaker faces the same challenge: Now what? You could stick to your own taste and never make money on your movies; that requires a second career as a professor, screenwriter, commercial, music video, or TV director (see: Kelly Reichardt, Alex Ross Perry, Zal Batmanglij, Errol Morris).

Or, you can walk another tightrope: Try to build your cred without selling out, and parlay that surge of attention into a sustainable career. Destin Daniel Cretton chose that path, and Lionsgate’s “The Glass Castle” starring Brie Larson is the result.

After the Hawaiian writer-director’s first feature, “I am Not a Hipster,” debuted at Sundance 2012, his agent sent him on the usual round of meetings. But it was his SXSW 2013 competition-winning gritty rehab drama, “Short Term 12,” that put him on the map, along with Larson as his empathetic star. While the actress went on to win the 2016 Oscar for “Room” and star in “Kong: Skull Island,” Cretton took meetings. Lots of meetings. Finally, he ended up in a waiting room that’s housed many breakout directors: development hell. At first, Cretton hoped to launch an ambitious TV series with writer-director Ryan Coogler, with whom he’d bonded on the festival circuit. “It’s meant to show people how the system works,” Cretton said, “how foster care, group homes, juvenile hall, the courts and public school system work and don’t work together through the eyes of minors effected by those systems.” That didn’t get very far, as both men got too busy with other projects.

Then, in October 2013, Cretton partnered with producer Gil Netter (“The Life of Pi”), who had been one of the few to contact him after his first feature, and reached out again after the launch of “Short Term 12.”

They focused on adapting Jeannette Walls’ 2005 bestseller “The Glass Castle” for Lionsgate. The memoir has sold more than 2.7 million copies in 22 languages. “I fell in love with the book,” said Cretton, who said he grew up poor with five siblings on Maui. He identified with the New York gossip columnist’s hardboiled memoir about being raised in Appalachia with irresponsible, free-spirit parents who could barely feed their four children. “But I had no idea how to adapt it. It was a long process of trying to crack it. I’d never adapted a book before.”

The project stymied others before him; Lionsgate developed a script as a Jennifer Lawrence vehicle with Marti Noxon, but the movie fell apart. Cretton opted to start over. What made it so tough? “I had to find the balance between being respectful to a piece of material that I love so much,” he said, “and also trying to create something that would flow in a movie. It took a while.” Cretton adapted the screenplay with Andrew Lanham, like him, an Academy Nichols screenwriting fellow. “He was crashing on my couch,” Cretton said. “He had read the book, and we were bouncing ‘The Glass Castle’ ideas back and forth. It was easy and fun to do that with him, so I asked him to come in and write it with me.”

Like the book, they started with two key scenes: three-year-old Walls cooking dinner when her dress catches on fire (her parents later grab her from her hospital bed and skip the bill); and Walls the adult gossip columnist, who’s in a cab when she sees her mother dumpster diving. “The book is written from her point of view as an adult reflecting on her past,” said Cretton. “Because we chose not to do a narration, we felt that to insert more things from the present, instead of just a bookend, was the way to remind the audience that this was still a reflection of her processing through things from the past.” Another reason to construct the movie that way: It provides more time for a movie star in the leading role. Eventually, Cretton landed his “Short Term 12” star Larson, who joined the greenlit movie in October 2015 — after “Room” was a hit, but before she landed her Oscar.

The other crucial casting was Woody Harrelson as Walls’ hard-drinking anarchic father, Rex. “He had an edge and a Southern flair,” said Cretton. “I could naturally picture him in the role.” Harrelson studied Rex Walls’ own journals and video from a documentary, and worked with Larson in 2011 on “Rampart.”

While Cretton is a gifted actors’ director, he credits both Larson and Harrelson with sustaining the younger actors. To support her costars, Larson would come to set even when she wasn’t on the call sheet. “Harrelson transformed all these kids by creating a space to allow them to do these performances,” said Cretton. “They would not have been able to do that if it not for Woody’s encouragement and sensitivity, to listen and pull things out of them. It was cool to watch.”

Netter shepherded production; he also produced the film adaptation of Michael Lewis’ non-fiction bestseller “The Blind Side,” which yielded a Best Picture nomination and Best Actress win for Sandra Bullock. “He loves doing all the stuff I hate,” said Cretton, “like playing the game, which I suck at… Lionsgate weren’t crazy overlords in this scenario. They were pretty supportive throughout the process, visited the set a few times. It was a calm, good vibe.”

The editing process for Cretton and his “Short Term 12” editor Nat Sanders proved as challenging as the writing. Where they’d screened “Short Term 12” for friends and assorted college students and asked for feedback, Lionsgate introduced them to full-blown preview testing. The studio mounted 40 to 50 research screenings to determine, beat for beat and measure for measure, just how the movie — and “Short Term 12” composer Joel P. West’s score — affected audiences.

“Finding the music and the tone was the hardest part,” Cretton said, “to find a place that feels right to us and to as many people as we can while testing.” With the score, he had to find “the balance between creating a scene that was emotional while not pushing it too far so that it felt highly manipulative. At the beginning, I wanted the music to track the grandiose fantasy world for Rex’s kids that Jeannette was buying into. Then as the movie progresses and her eyes are opened to the holes in his story, I wanted the music to be pared back and ground us more in finding out what that means. We went back and forth, testing and asking the audience. I hated it, but I learned a ton.”

Cretton has no regrets with the final result. (It’s at 59 so far on Metacritic.) It’s tricky to craft an authentic, heart-tugging drama without revealing the heavy lifting. Like the book, the movie is an effective tearjerker: Harrelson does not pull back from portraying Rex’s angry alcoholic excess and vulnerability, and Larson is moving as a perfectionist overachiever who decides to stop hiding from her past. But the narrative lurches forward, accompanied by an overbearing soundtrack. I’d have liked to see a smart indie version that wasn’t trying so hard to please. Clearly, Lionsgate opted to release the film in August without the extra scrutiny of a fall film festival.

“The movie is not everybody’s cup of tea,” Cretton said. “But I learned so much about what works and what could work better, working with actors who are famous and who are not famous at all, and how that plays a part in how I am interacting with them. It was an overall positive experience for me.”

Next up: Cretton and Lanham contributed to the script for Netter’s faith-based adaptation “The Shack,” released by Summit Entertainment earlier this year. Now Cretton, Lanham, and Netter are adapting another memoir, “Just Mercy,” a death-row chronicle by Alabama civil rights defense attorney Bryan Stevenson. “I connected with the way he describes these characters,” said Cretton. “He allows you to get to know their different sides and humanizes them. I felt this was a world I would gladly spend a few years exploring.” Michael B. Jordan is attached to star.

The director hasn’t given up on that TV series with Coogler, the man who turned Jordan into a star, but the pilot has gone to another writer. And he’s writing something more personal, “which requires a bit of research,” he said.