Agent Cooper isn't the only one operating at 100 percent. 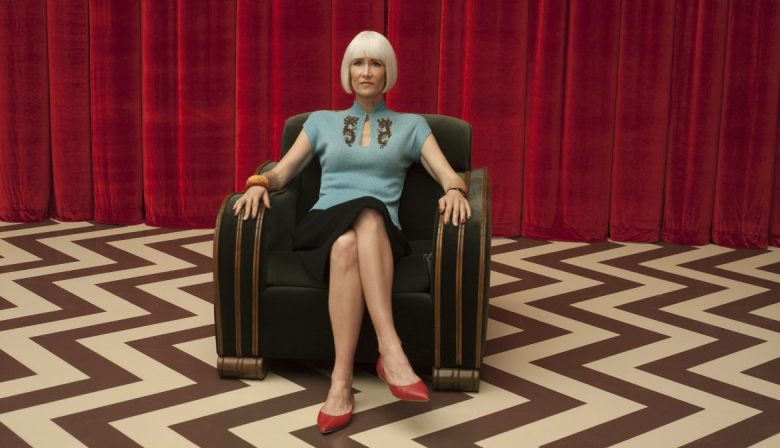 Cole, meanwhile, asked the crucial question about what comes next. With his restricted reaction; he kept things moving forward. He already knew Diane wasn’t everything she seemed, so he didn’t need to be shocked or intrigued by anything other than the new information at hand.

Diane’s doppelgänger is only the second of the season, in addition to Dougie, but Audrey Horne’s (Sherilyn Fenn) mysterious ending and the emphasis on dueling identities could indicate more tulpas are in “Twin Peaks'” future. Cooper plans to create at least one more to make up for his absence in Las Vegas, and Lynch clearly isn’t out of surprises just yet. After it already felt like so much had happened in “Part 16,” he still ended the episode with a fresh tease: Where is Audrey? Yet it was the buildup to Audrey’s scene that could point to a definitive ending come hour 18. After 26 years in “Twin Peaks,” Lynch might be ready to say goodbye.

As a ’90s rock icon takes the stage at The Roadhouse — via his inconspicuous introduction as Edward Louis Severs, Vedder’s birth name — Audrey and Charlie (Clark Middleton) walk inside and order a couple of cocktails. They listen to Vedder croon about blame, sympathy, and a drunk octopus, but the chorus repeats the lines, “I am who I am, who I was I’ll never be again, running out of sand.”

Obviously, everyone in “Twin Peaks” is running out of sand, but “Part 16” felt like Lynch’s first acknowledgement that an ending is approaching. Whether it’s a series or season finale is largely up to him, but between Cooper’s awakening, the amped up action, and Vedder’s hard-to-misinterpret lyrics, there’s more reason to believe the finale won’t end with a cliffhanger.

When Cooper was still trapped in Dougie’s life, the series seemed to building to his awakening. At first, viewers expected the OG Cooper to return quickly, within a few episodes. When that didn’t happen, the timeline was repeatedly pushed back. The mysteries kept stacking up with no easy answers in sight, and theorists started to worry viewers wouldn’t see Cooper get back to normal until the last episode or even the last frame, thus fulfilling the prophetic aspect of the titular “Return.”

Instead, he’s back to 100 percent with two full hours to spare. His much-anticipated battle with Mr. C is imminent, with both at the height of their powers. Within that, as well as so many other rapidly progressing storylines, there’s hope for an ending with closure — exactly what fans have been missing since Season 2 left us Cooper trapped and Mr. C running free.

Though we dare not pretend to know what Lynch has planned for the finale, fears of an open-ended “Part 18” should be somewhat quelled. Even Audrey’s confounding plot has an objective now: Set her free. She’s trapped — likely by Mr. C, given confirmation that he fathered Richard Horne — but even though we don’t know for sure who’s holding her hostage or why, there’s an understanding of what needs to happen to wrap up Audrey’s arc.

For those who’ve been paying close attention since May, these final few episodes of “Twin Peaks” are all the more satisfying. Close attention is being rewarded, and all indications point to further riches in the two-hour finale.

With everyone converging on Twin Peaks, Lynch is ready to bring the show home.