Never tell Hollywood it can't do something. 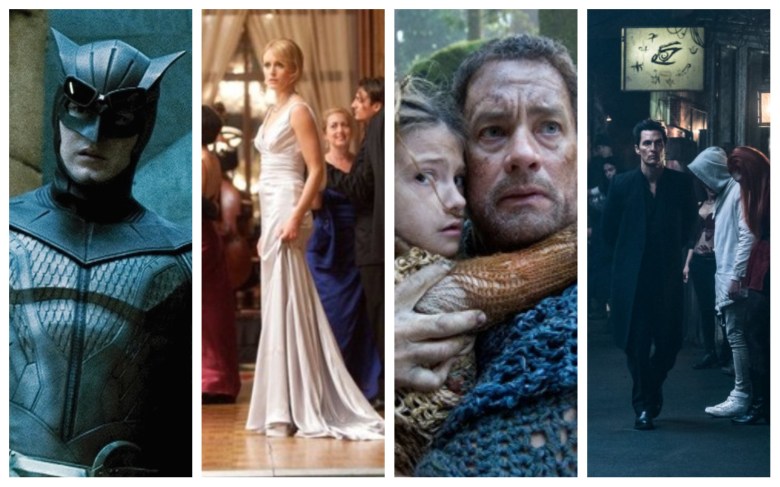 Never tell Hollywood it can’t do something. Over the years, the entertainment industry has gamely (and, often, unwisely) taken on projects that have been deemed unadaptable, often by their very own authors and creators. Such a film is bound for the big screen later this week, when Nikolaj Arcel’s already embattled “The Dark Tower” arrives, attempting to prove to audiences that adapting a sprawling Stephen King opus into a movie and television franchise after nearly a decade of starts and stops is, in fact, a good idea. It’s hardly the only example of such a gamble, and few similar attempts have managed to pay out, either financially or creatively.

Sometimes “unadaptable” is just that, and perhaps even the best of books simply isn’t suited for a splashy filmed version. While it remains to be seen just how successful “The Dark Tower” will prove to be, King’s seminal series has finally joined the rarefied ranks of movies that could never be made that, well, were. Here are six more. Like “The Dark Tower,” David Mitchell’s 2004 novel “Cloud Atlas” is unbounded by genre, time, or space, kitted out with a vast array of characters that intersect and interact in compelling, but often confusing manner.

Even its most basic plot synopsis struggles to fully telegraph the way interpersonal connections frame its themes and narratives.  Wikipedia amusingly offers up this by way of summary: “The book consists of six nested stories, whereof each is read (or observed) by a main character of the next. The first five stories are each interrupted at a pivotal moment. After the sixth story, the other five stories are closed, in reverse chronological order, and each ends with the main character reading or observing the chronologically previous work in the chain. Each story contains a document, movie, or tradition that appears in a previous story.” Parse that.

For their film version of the lauded novel, the Wachowski siblings and Tom Tykwer didn’t attempt to scale down its bigger ideas, instead opting to add their own far-reaching ideas to the feature, mostly rooted in out-of-the box casting. How best to adapt an unadaptable story that lives and dies based on the links between its disparate characters? Cast a bunch of huge stars, from Tom Hanks to Susan Sarandon, and then mix them around in various roles across various timelines, of course.

While the Wachowskis and Tykwer were taken to task for the repercussions of that particular casting idea — the advocacy group Media Action Network for Asian Americans (MANAA) criticized the film’s use of yellowface when it came to having non-Asian actors portray Asian characters — and the film was a massive underperformer at the box office, “Cloud Atlas” showed that even the most “unadaptable” of books could breed wholly unique movie versions.

If no less than Terry Gilliam says that your project is “unfilmable,” perhaps you should listen to him (this is a guy, after all, who has spent the last two decades trying to shepherd his own complicated project, “The Man Who Killed Don Quixote” off the ground). A live-action version of the lauded Dave Gibbons and Alan Moore DC Comics limited series was first rumored way back in 1987, and the project languished in development hell for nearly two decades. Blame the usual elements — an ambitious story, a complex narrative, and a creative outlook that begged the use of big-time special effects.

It was, in shortest terms, not your regular superhero project (one of the characters is a posthuman god made of energy), and it required some serious heavy lifting.

By the time the project finally seemed to be on track — and that was after various talents hopped off and on the film, from Gilliam to David Hayter, Darren Aronofsky to Paul Greengrass — the film was cancelled over budgetary issues. Warner Bros. picked it back up in 2005 and hired Zack Snyder to direct, but even that didn’t lead to a neat, happy ending, thanks to accusations of copyright violation that further entangled WB with previous producer Fox. And still that didn’t settle the problem, as Snyder’s ambitious take on the material required buckets of money, the use of real sets, and an estimated 1,100 shots featuring visual effects. The cherry on top? Moore refused to ever see it, instead touting the superiority of the original format for delivering on his vision.

In similar fashion, Frank Herbet’s beloved novel “Dune” also went through development hell, cycling through scores of attached talent, and ended up being a tremendous, disappointing flop. Like “The Dark Tower” series and the “Watchmen” comics, Hebert’s sci-fi opus is a bold, massive story that is — in the most economical of terms — an imaginative space opera that will likely never be properly duplicated on the big screen. But that didn’t stop scores of producers from trying to during the ’70s, ultimately giving audiences a David Lynch-directed feature that proved so disgraceful to the auteur that certain cuts use the Alan Smithee pseudonym favored by filmmakers who don’t want to be associated with their work.

Although the film has picked up a bit of a cult following over the years, hardcore fans of both Herbert and Lynch still bicker over it, and while you think that would be enough to convince studios that, yes, this thing is unadaptable, Legendary Entertainment picked up the film and TV rights for it just last year. As of now, Denis Villeneuve is attached to direct the project, which even four decades on, still seems destined to flame out. Again.

James Joyce’s master work modernist novel is the gold standard of unadaptable material, a sprawling (265,000 words) stream-of-consciousness screed that is filled to the brim with snappy allusions and carefully crafted puns. The book itself is challenging to read, though richly rewarding to the dedicated few (fans even celebrate both it and its author on June 16, a holiday known as Bloomsday). But, somehow, that hasn’t stopped Hollywood from attempting to adapt it…twice.

Joseph Strick crafted a film version of the novel back in 1967, one that wisely zeroed in on just a portion of Joyce’s novel, following the meeting of Leopold Bloom and Stephen Dedalus. The film proved to be polarizing to audiences and critics alike, and while it snagged an Oscar nod for Best Adapted Screenplay (pretty much the highest honor such a project could get), it’s mostly remembered for Strick’s own accusations of censorship, after Cannes snipped some subtitles without telling him. (He yelled, stormed into the projection booth, flipped it off, and left the festival.) Decades later, Sean Walsh tried his hand at the novel with his film “Bloom,” which ambitiously tried to mimic Joyce’s own stream-of-consciousness style with limited results.

Don’t leave Ayn Rand out of the magnum opus chatter, as the controversial (but highly influential) Russian-American author also wrote her own master work, an appropriately wide-ranging and dense genre-bender that doesn’t easily lead itself to a full read, to say nothing of a film version. A dystopian nightmare told from Rand’s signature Objectivist point of view, “Atlas Shrugged” is a major philosophical treatise and also, somehow, a story about trains (specifically, obsolete trains, an unsexy a topic as there ever was). It has everything, and even if Rand’s worldview doesn’t appeal to your own take on society and industry at large, there’s no denying the scope of her vision. It is, like so much that came before it and after it, not suited to adaptations that would, just by their very nature, reduce it into easily digestible bits. Like so many of its unadaptable brethren, it languished in development hell for almost four decades, partially inhibited by Rand’s (totally foreseeable) demand to have final script approval. A mini-series version was bandied about, and Rand even tried writing her own script for the project at one point.

In 1992, investor John Aglialoro optioned the film, ultimately churning out a three-part adaptation that spawned film releases in 2011, 2012, and 2014 — all to negative reviews that bashed its pedestrian take on the material and a look and feel that could only blamed on making an opus on a relatively shoestring budget. And yet, all three films were made and released, a feat that even Rand likely couldn’t foreseen all those years ago.

The rare unadaptable offering that wisely kept the actually craftable bits and tossed away the rest in service to making a cinematic experience that could stand on its own. Sally Potter’s 1992 adaptation of Virginia Woolf’s wild, popular, and wildly popular “Orlando: A Biography” keeps the spirit of the story — aided immeasurably by a predictably great performance by Tilda Swinton — but also strikes out on its own path. Another time-spanning classic, Woolf’s novel follows the eponymous Orlando and they change genders, live through three centuries, and experiences a startling breadth of modern history.

Potter cut down the meandering plot, focusing in on Orlando’s journey and dedicating herself to building a story that could function cinematically and on its own merits. The director also added in some cheeky fourth wall-breaking, a neat nod to the Woolf’s own direct addresses that pepper the novel. The “Orlando” that Woolf wrote may be unadaptable, but Potter gamely took on the impossible and made it her own. It can be done!

This Article is related to: Film and tagged Cloud Atlas, The Dark Tower, Watchmen