Sarsgaard takes a very bad trip in the six-part series, which comes to Netflix December 15. 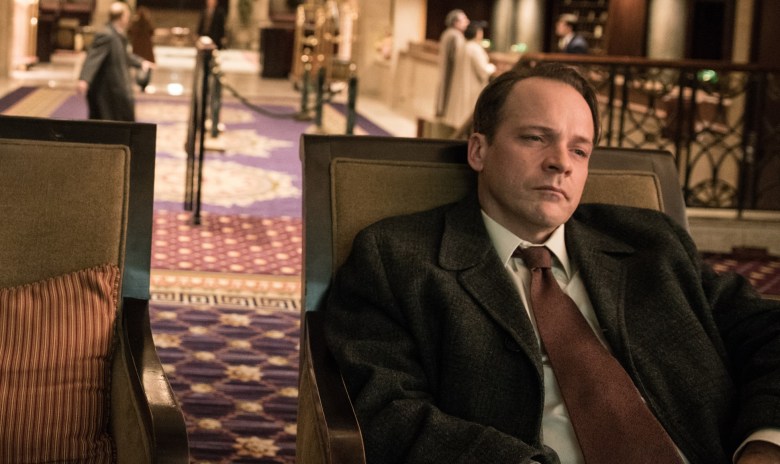 Fresh off his lauded personal documentary, “The B-Side,” a lovingly etched portrait of the photographer Elsa Dorfman, Errol Morris is returning to his roots with the sort of true crime story that put him on the map as one of the most incisive documentarians working today. This time, he’s blending narrative with non-fiction for a deep dive into the CIA’s deadly LSD experiments. “Wormwood,” a six-part series coming to Netflix in December, released an enticing first teaser today.

The true story of one man’s sixty-year journey to discover the truth about his father’s untimely death, “Wormwood” stars Peter Sarsgaard in the lead, with Molly Parker, Christian Camargo, Jimmi Simpson, Bob Balaban, Tim Blake Nelson, and John Doman rounding out a stellar cast. The teaser is full of intrigue and darkly evocative images, making “Wormwood” one to watch.

Per the official synopsis: “This six-part series explores the limits of our knowledge about the past and the lengths we’ll go in our search for the truth. A family story of one man’s sixty-year quest to identify the circumstances of his father’s mysterious death. A quest which brings him face-to-face with some of the darkest secrets of the United States.”

“Wormwood” comes to Netflix on December 15. Watch the teaser below:

This Article is related to: Television and tagged Errol Morris, Peter Sarsgaard, Wormwood