There were so many unforgettable installments of "30 Rock," but here are some we'll miss the most. 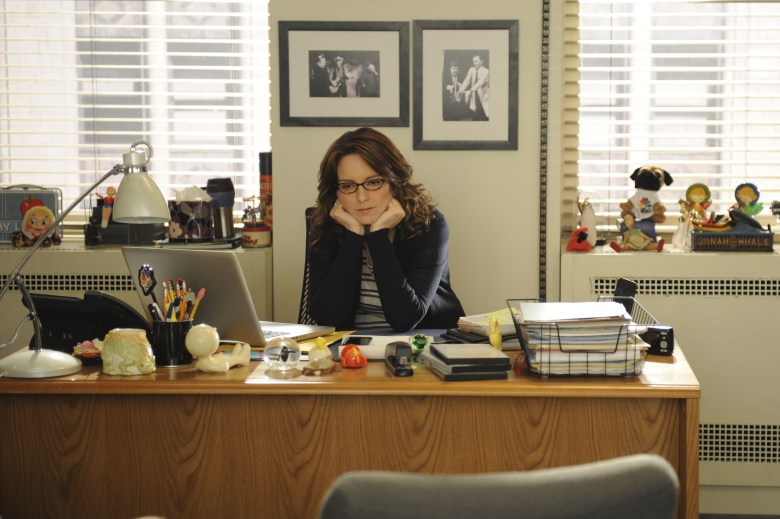 Picking favorites when it comes to “30 Rock” is an awful proposition because the whole series, barring a handful of exceptions, remains an extremely watchable and fascinating comedic journey. But with the show leaving Netflix at the beginning of October (and thus becoming completely unstreamable), we find ourselves in the unfortunate position of having to choose favorites.

Twenty-five episodes equates to less than 10 hours, so you should be able to make the time before September 30. And the adventures of Liz Lemon, Tracy Jordan, Jenna Maroney, Jack Donaghy, and beyond are worth it.

The first season of “30 Rock” was a bit rocky, but “Tracy Does Conan” does a few important things: It introduces Dr. Leo Spaceman (Chris Parnell), casts Conan O’Brien as himself, and features Aubrey Plaza as an NBC page (a job she actually held in real life). More importantly, it features a breathless sense of anarchy, especially in the later acts, which became a true hallmark of the series. “Tracy Does Conan” gave us our first real glimpse of the brilliance in store.

“30 Rock’s” complicated relationship with New York really got showcased here, as Liz Lemon confronts the idea that maybe life outside the Big Apple could be a whole lot better. It’s also a great episode featuring Floyd (Jason Sudeikis), one of Liz’s better boyfriends.

An Emmy-nominated episode paired with an amazing Carrie Fisher performance makes this one of the indelible episodes of the series. An installment rich with valuable life advice like “Never go with a hippie to a second location,” it’s also an episode that really defines Liz as both a woman and a writer — the combination of which was always one of the show’s strongest themes. It’s the rare broadcast sitcom that will indulge an extended “Amadeus” homage, but “30 Rock” was always the rarest of broadcast sitcoms. Invoking the parody in multiple storylines, plus the classic Liz Lemon declaration of “SUCK IT MONKEYS, I’M GOING CORPORATE” makes this episode truly unforgettable.

Jack’s ill-fated romance with Elisa Pedrera (Salma Hayek) features plenty of comedic highs, but the discovery that the star of Elisa’s grandmother’s favorite telenovela was his doppleganger made this episode unforgettable, in part because Alec Baldwin truly transforms himself to play Hector Moreda. Elements of the telenovela parody invoke “Jane the Virgin” at its best, years before its premiere, while Liz’s blossoming romance with Dr. Drew Baird (Jon Hamm) gets the spotlight.

The concept introduced here — that a person might be too attractive to actually behave like a decent human being — is genuinely fascinating, and Jon Hamm turns in one of the decade’s great comedic performances. You truly end up emphasizing with him, even while totally understanding Liz’s choices. So beautiful. So dumb.

One of “30 Rock’s” most meta installments acknowledges a recent casting shift while also showcasing the show’s talented ensemble and finding some hilarious opportunities for cameos.

Worth it just for Tina Fey’s Smeagol/Gollum impression, though the way it tackles how the industry can tear apart female talent is equally laudable. Also, Tracy Jordan begins his quest to EGOT, one of his best storylines. Beyond a heartfelt confession from Liz Lemon that truly defined her inner passion for romance, this episode also showcases the season-long love triangle between Jack, Avery (Elizabeth Banks), and Nancy (Julianne Moore), one which was series-defining.

This Article is related to: Television and tagged 30 Rock, Netflix, Tina Fey