For her third collaboration with filmmaker Lisa Langseth, the Oscar winner took on a very different kind of role: behind the camera. 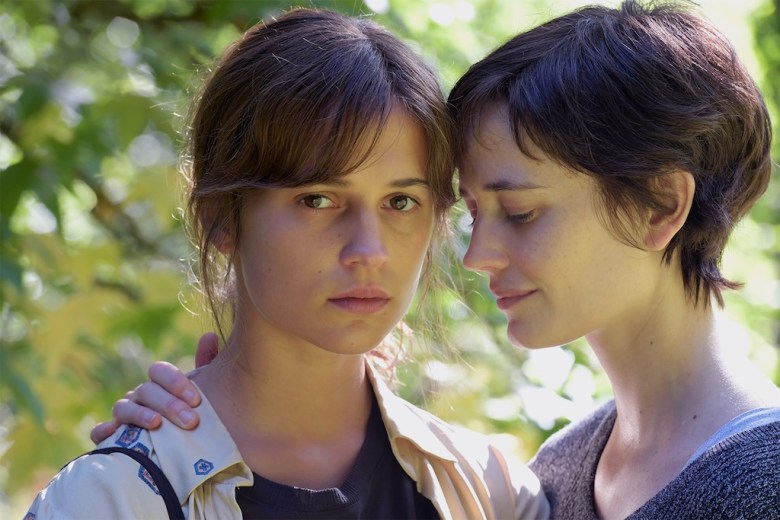 From the beginning of Alicia Vikander’s onscreen acting career, there has been one constant for the Oscar winner: her creative bond with filmmaker Lisa Langseth. The fellow Swede cast Vikander in her very first feature film, the 2010 drama “Pure,” followed by the 2013 offering “Hotel”; now the pair are at it again with Langseth’s “Euphoria,” bowing at the Toronto International Film Festival this week.

Langseth and Vikander’s work together has always been compelled by big questions answered through unique stories told from a feminine perspective. “Euphoria” is no different, following a pair of mismatched sisters (Vikander and Eva Green) who reunite to go on a mysterious trip, as bidden by Green’s Emilie, who has scores of secrets she’s keeping from her own sister. Those secrets result in major revelations between the pair, but also force the audience to confront greater issues that apply to no less than life-and-death decisions.

While the film is the pair’s third project together, it marks a turning point for Vikander, fresh off her Oscar win for “The Danish Girl,” as it’s the first film she is producing under her newly launched Vikarious Productions label. It’s a big step, and one she’s happy to take with Langseth.

“The wonderful thing is that, going into this project, it is the feeling of being extremely natural, in the sense that you’ve created a way of working, you’ve created a language together,” Vikander told IndieWire at the festival.

It’s that combination of creative safety and total honesty that has helped the pair grow their relationship, and likely what pushed them to a new level, complete with a larger-scale film and bigger expectations.

“When you want to push yourself to do something, you can hold yourself back, and if you have someone that it’s okay to show your ugly sides to, it really helps you to reach new ground,” Vikander said.

Landseth added, “I like to be pushed, Alicia likes to be pushed, so we can be kind of quite hard sometimes.” (Amusingly, Vikander had a different take on it, interjecting, “Wonderfully brutal! In a nice way!”)

Although the film is Vikander’s first official outing as a producer, she was inspired by other creative relationships with filmmakers in which her input — not just her performance — was valued and appreciated, even if it wasn’t yet in an official capacity. Seeing the possibilities beyond only acting for the screen opened her eyes to what else she could contribute. Those realizations were coming just as Langseth was pulling together what would become “Euphoria.”

“I was starting to, as an actor, be choosing projects where I could be part of it maybe earlier on, than just being hired to go and do a week of rehearsals and then step in on set,” Vikander said. “I had been starting to be a part of projects where I could be part of the script development. I was very fortunate to have directors who brought me into the edit.”

She added, “More and more, I’d started to feel like, this feels natural. I love filmmaking, and it’s always attracted me. It felt natural to be part of something from the beginning.”

Once Vikander came onboard as both star and producer, she immediately started reaching even higher for both the production and Langseth, and she urged the filmmaker to move the film’s setting out of their native Sweden and to turn it into her English-language debut.

“I saw an opportunity that Lisa could have a chance at stepping into more of an international market, make it in the English language,” she said. “I’d been looking for that film that maybe would take me into the producing role, and this just felt like a natural step.”

Still, Vikander made it clear that the film is a pure execution of Langseth’s own vision. “This film is Lisa’s, and that’s the way the she wanted to make this,” Vikander said.