At TIFF with his new film "The Death of Stalin," Iannucci explains why he's ready to move on. 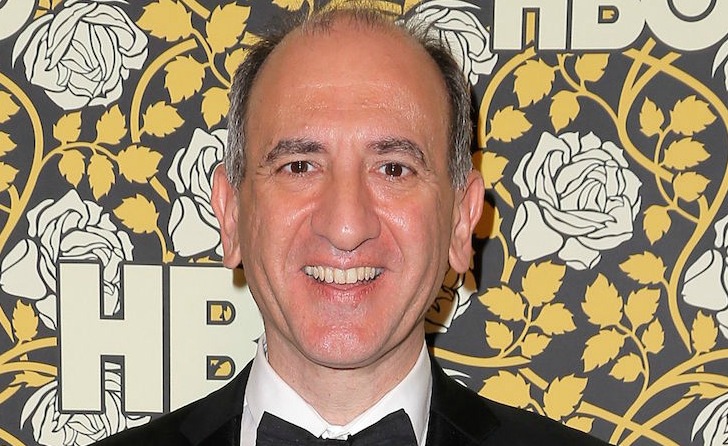 Armando Iannucci feels like he dodged a bullet. The creator of HBO’s political satire “Veep” left the show after its fourth season, before anyone knew that Donald Trump would become president. Now, he’s not sure if he would know how to write jokes about a D.C. establishment that has become a real-life parody. “I’m kind of relieved, I really am,” the British writer-director told IndieWire in Toronto, where his new movie, “The Death of Stalin,” is premiering in the festival’s Platform section.

“What can you do and say that hasn’t already been said and done by him? Personally, I just find it difficult to be funny about him,” Iannucci said. “I can only be frustrated and flabbergasted by him. Outraged.”

That’s a strong statement from one of the preeminent writers of political dysfunction. Iannucci rose to prominence as the creator of the BBC comedy “The Thick of It,” which established the brand of sarcastic one-liners delivered power-hungry figures that he continued with the D.C.-set feature “In the Loop,” an Oscar nominee for original screenplay. Then came “Veep,” the hectic saga of bumbling presidential hopeful Selina Meyer (Julia Louis-Dreyfus), which become a bonafide cultural phenomenon.

But all great things come to an end. In the wake of HBO’s announcement that the seventh “Veep” season will be its last, Iannucci said he has no plans to direct one of the final installments, having ceded control to new showrunner David Mandel.

“When I handed it over everyone knew David was in charge and I decided not to stay on as an executive producer,” Iannucci said. “Once I made the decision it was made and I feel it was right. I’m happy that I left it in a good place and I don’t want to tamper with it.” While he knew where the fifth season would end up — with Meyer leaving the White House — since then, he has had no idea where it’s heading, including for the finale. “I’m assuming they all die in some big hurricane that hits D.C.,” he joked. Having completed “The Death of Stalin,” Iannucci is developing a new show for HBO that exists outside the political realm, but first he’s prepping an adaptation of “David Copperfield.” He feels that he’s exhausted the prospects of contemporary political humor. “It’s only that politics is ungraspable,” he said. “It’s now really about Facebook, virality, international trade. I think I’m done with Washington/London professional politicians. I’m more interested in looking at where real power is nowadays.”

For “The Death of Stalin,” Iannucci adapted the graphic novel by Fabien Nury and Thierry Robin, which follows the hectic aftermath of the Soviet leader’s demise; his underlings, all of whom speak in English, are played by actors ranging from Steve Buscemi to Jeffrey Tambor. Iannucci was happy to return to the realm of feature-length filmmaking after several seasons of “Veep,” which he was eager to abandon. “You can tell when you’re making it harder for yourself because you’re trying to come up with storylines that are completely different from anything you’ve done before on the show,” he said. “It doesn’t get easier. You have to push it further, make it even better.”

Nevertheless, he still enjoys the reverberations of the show among the D.C. establishment that has seen their world reflected on it. “Whenever I go to some Senator’s office, someone comes up and says, ‘Hi, I’m the Dan of this office,’ and they all know a Jonah, but nobody says they are the Jonah,” Iannucci said.

He relishes the opportunity to explain the show’s satire. “We think politics is about great deliberation, people discussing the pros and cons of an issue, but it’s not,” he said. “It’s furtive, hurried, rushed. And yet the decisions being made have enormous implications for people outside those walls.” He acknowledged that the Trump presidency had enabled plenty of comedians, even if he prefers to stay out of it.

“‘Saturday Night Live’ is going through its golden period, and then you have John Oliver, ‘The Daily Show,’ and Samantha Bee, so that’s fantastic, it’s great,” Iannucci said. “I’m just saying that, having looked at politics for the last 10 years, all I can do about Trump is get more serious. This is dangerous, you know?”

This Article is related to: Television and tagged Armando Iannucci, The Death of Stalin, TIFF, Veep