With Reggie Watts and Tegan and Sara as fans, the creators behind the hit Canadian sketch show shared their lessons for great comedy writing. 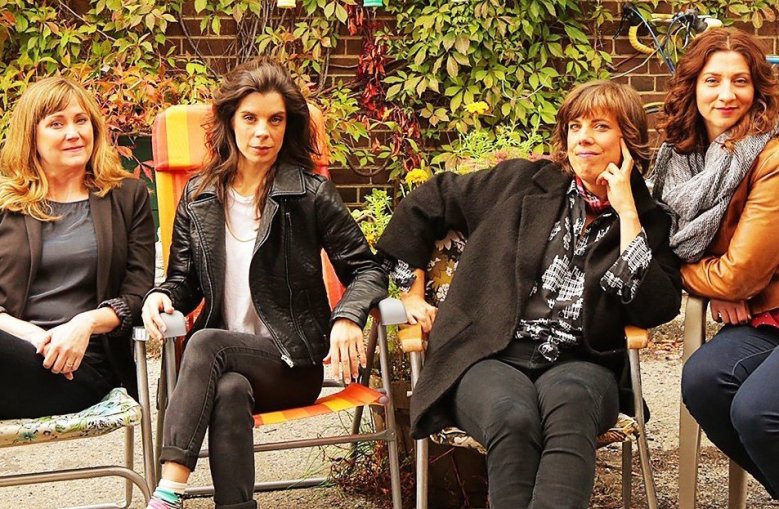 For too long, American sketch comedy has been so dominated by “Saturday Night Live” that any other attempts at the form have seemed futile. The trick to not competing directly with the NBC behemoth seems to be to addressing a niche audience that is sorely underserved by the mainstream, such as Comedy Central’s “Key and Peele,” IFC’s “Portlandia,” and now, the brilliant “Baroness Von Sketch Show,” also on IFC. The network bought the series from the CBC, and has been airing the first two seasons for American audiences who are hungry for something different.

Now in the middle of its IFC run, “Baroness Von Sketch Show” is written and performed by Aurora Browne, Meredith MacNeill, Carolyn Taylor, and Jennifer Whalen. Browne, Taylor, and Whalen met at Second City in Toronto, and MacNeill is a classically trained actor who came to comedy after studying at RADA. While the show has a decidedly woman-centric bent, the comedy does not feel solely driven by a desire to say something feminist — no subject matter is off limits. “The show draws from [feminism], but it doesn’t lean on it,” Reggie Watts, an early supporter who makes a guest appearance in Season 2, once told the women.

“Baroness” has many high profile fans, including Watts, Canadian pop duo Tegan and Sara, and “Orange is the New Black” star Lea Delaria. Most of the hype surrounding the show came from sketches circulating online, whether about a queer theory reading group and the clueless girlfriend using patriarchal terms, or a group of moms one-upping each other over whose baby has the most interesting name.

By covering topics they cared about and drawing on years of experience writing and performing comedy, the “Baroness” crew created a hilarious and fresh perspective that spoke to enough people to land them a deal with IFC. Here’s a look at how they did it.

Create your own work.

“The nice thing about being in your forties and having a career behind you is you realize there are no rules. You might as well do what you want, and you might as well create your own work because it’s the kind of business where no one is going to do it for you,” said Whalen. “We’re in a fortunate position that we wear so many hats. We’re involved in front of the camera and behind the camera, so we can see our vision through and we can write ourselves parts that nobody else would. It’s empowering, because we’re not waiting for the phone to ring.”

Whalen acknowledged that it’s rare to have so much creative control, especially as women of a certain age. “Once you hit your forties as a woman, your options start to dry up in the entertainment field.” Still, she found it liberating. “You realize ‘hey, nobody has done this,’ so we get to do whatever we want.”

Whalen recalls seeing a sketch she wrote fall flat because of a questionable costuming choice, or bad casting. On “Baroness,” the core crew controls every aspect. “When we built the show, we also built in a strategy that we knew for us and the show we wanted to create, we needed as much creative control as possible,” MacNeill said. They pitched the CBC knowing they could fill a void in the programming, and that they were the best people to provide it. “We knew that as artists in our forties, to get the project we wanted, we needed to come up with a strategy to be on both sides of the camera.”

When asked how the show would have been different if they had made it when they were in their twenties, Browne said that “it wouldn’t have been as good. You hone your craft. All the stuff we went through at Second City, and every minute we’ve ever logged on stage doing improv or sketch goes into it.”

Taylor agreed. “How to structure a scene, how to do the bits, how to trim the unnecessary bits. Structure is something you just learn from honing the craft over many years,” she said.

Brevity is (still) the soul of wit.

“When we put this show together, the goal was for the whole episode to feel like a mix tape and draw you in,” said MacNeill. “We fell in love with the idea of a blackout. Sometimes that’s all you need, just get in and get the fuck out.”

A blackout, Whalen explained, is a Second City term for a short scene that serves two purposes: “It is a transition between scenes, but it also helped get a solid laugh. It keeps the energy up and the audience with you.” The show employs these at the beginning of each episode. Highlights include the very literal interpretation of “F*ck, Marry, Kill,” and a scene where MacNeill plays a pregnant woman and Browne asks if she can “have a feel” (not the stomach).

“Sometimes you have a scene, and you look at it and you’re like, ‘the thing that really sings is this one particular joke.’ I think we’re really good at saying, ‘let’s just do that joke to the best of our ability,'” said Whalen.

“It’s like the rhythm of life. It makes sense to get in and get out, because that’s what happens in real life, too,” MacNeill added. “Some moments can be extended, but if you milk it’s just not true anymore.”

Write what matters to you.

“We didn’t sit down and say, we’re only going to write about certain topics,” said Browne. “But there’s this whole area where there’s not a lot of people out in this neck of the woods, so hooray, we’ll happily explore this part of life for people.”

A lot of the comes from its majority female writers’ room, and a comedy philosophy that uses specificity to be universal. “We try to come from a place of truth with our work. If you make the interpersonal dynamic relatable then you can kind of cover any topic that you find of interest,” said Taylor.

“In any good film or good art, the more specific and truthful it is to that creator’s truth, the more universal it seems to be, and that does seem to be working for us here. We try and be really rigorous about that,” said Taylor.

“We write about what matters to us,” Browne added. “It’s exciting to get to do something really intellectual, or something about lighting farts on fire.”

This Article is related to: Television and tagged Baroness Von Sketch Show, IFC