From the defining indie film of the 20th Century to the greatest movie romance of the 21st, Netflix is swinging for the fences in September. 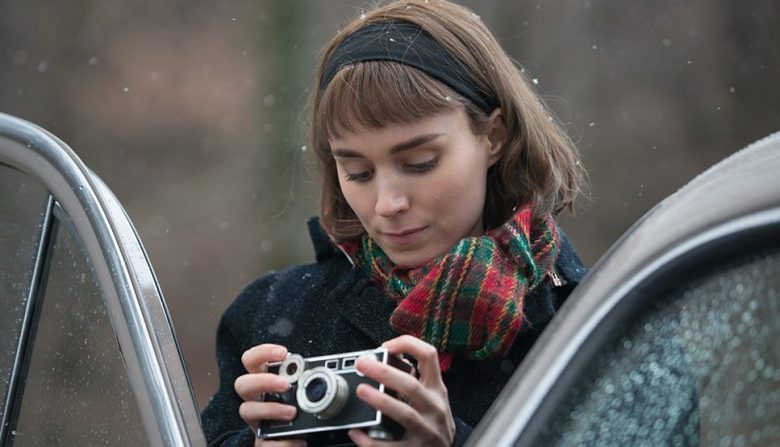 August is finally over, the summer movie season is in the rear-view mirror, and we’re entering that magical time of year when the studios actually care about the quality of the films they put out into the world. Netflix, always eager to provide the public with a good reason to stay home, is responding to the sudden uptick in must-see Hollywood fare by busting out the big guns and releasing an absolutely killer line-up of modern classics (click here for the complete list).

From the defining indie of the 21st century to the greatest romance of the 21st, these are the seven best films that are coming to Netflix in September.

Unfolding like a Nicholas Winding Refn-directed remake of “Shotgun Stories,” Gary Michael Schultz’s “Vincent N Roxxy” is a nasty little thriller that moves at the pace of a southern drawl before going absolutely berserk in its final minutes. Emile Hirsch plays a terse greaser named Vincent. Zoë Kravitz plays a dreadlocked avenger named Roxxy. The unlikely duo cross paths and hide away from some very bad people, waiting for trouble to find them and having sex in the meantime.

When things do take a hard left turn and this powder keg finally explodes, the fallout is shocking to a degree that’s almost never seen in new American cinema. It’s the rare meditation on violence that doubles as a masterclass in the same subject. On one hand, it feels like Schultz has spent the first two acts preparing us for the third. On the other, the action escalates so extremely that the last 25 minutes of the movie are dominated by a giddy sense of whiplash. In fact, the final act is such a jaw-dropper that it’s easy to overlook how it wantonly celebrates the bloodshed that it claims to abhor. Still, for a movie that doesn’t quite know what it’s trying to say about violence, it sure knows how to say it with vigor. Available on Netflix September 2.

No filmmaker on the planet plunges the human conscience quite like Romanian auteur Cristian Mungiu, whose white-knuckle moral thrillers turn the stuff of everyday life into frenzied dilemmas with no easy answers. The story of a rural doctor whose only happiness depends on his teen daughter and her performance on an imminent university entrance exam, “Graduation” unfolds like a slow-motion car crash, watching in horror as its hero takes the future into his own hands. This is the thorniest and most tortured of Mungiu’s films — a messy novel of a movie, whereas more contained previous efforts like “4 Months, 3 Weeks, and 2 Days” and “Beyond the Hills” unfolded like immaculate short stories — but it’s no less harrowing for that. Available on Netflix September 4.

There are any number of marvels in Fernando Meirelles and Kátia Lund’s “City of God,” but nothing about this ferocious gang epic leaves a greater impression than the body count. Based on real events in the favelas of Rio de Janiero, Meirelles and Lund’s relentless crime saga makes it clear that life has little value in the City of God. People are shot out of revenge, they’re shot by accident, and they’re shot for mildly inconveniencing the wrong guy. As the movie barrels through the decades in its desperate bid to keep pace with a sociopathic drug dealer named Li’l Ze, the corpses stack like trash on the sidewalk. By the time the favelas explode into all-out civil war, the film has been consumed by the feeling that death is the natural state of things — as simple as sneezing — and life is the exception. “City of God” crackles like a roaring fire, but that’s ultimately only because Meirelles and Lund create such a palpable vision of hell. Available on Netflix September 1.

Darren Aronofsky’s harrowing and hypnotic descent into drug-fueled hell isn’t exactly the kind of film that screams “Netflix and chill,” but it’ll be great to have on hand if you want to hear Clint Mansell’s “Lux Aeterna” put to its original use, or if you desperately need to convince a teenager that Jared Leto used to be in good movies. In hindsight, “Requiem for a Dream” may be something of a dry run for “The Fountain,” but the symphonic forcefulness of Aronofsky’s is still an incredible thing to behold, and Ellen Burstyn’s cracked performance as a manic speed addict remains one of the most inspired, gonzo turns of the 21st century. Available on Netflix September 1.

Before Netflix launches their “She’s Gotta Have It” series this November, they’re giving you a couple of months to catch up with the Spike Lee classic that inspired it. It’s not often that the streaming giant acknowledges the fact that movies were made before 1990, but sometimes they have no choice to expose their massive clientele to some great older fare — this is one of those times. Lee’s second feature hasn’t achieved quite the stone-cold classic status of “Do the Right Thing,” but the self-aware story of Nola Darling and her three suitors is ripe for rediscovery. One regrettable scene notwithstanding, this micro-budget rom-com feels as in touch with modern times as it was ahead of its own. Available on Netflix September 1.

If you’re on IndieWire, you’ve probably already seen “Pulp Fiction.” Hell, if you’re on Earth you’ve probably already seen “Pulp Fiction” (and committed most of it to memory). But that’s the thing about Quentin Tarantino’s magnum opus: It never gets old. It hardly even ages. This star-crossed story of criminals, boxers, and one very unsanitary watch quickly came to define an entire generation of independent filmmaking and inspire enough third-rate knockoffs to fill an entire streaming service unto themselves, but “Pulp Fiction” was so perfectly sublimated into pop culture that it was able to survive the end of the era it epitomized. To that point, the movie totally thrives in the digital age. Don’t tell Tarantino, but “Pulp Fiction” is great to watch in bits and pieces (it’s become a cable TV staple for a reason), and buffering around at your leisure will only deepen your appreciation for how well it was first put together. Available on Netflix September 1.

If “Carol” were the only movie on Netflix, it would still be worth the $8.99 monthly fee. (Arguably) the best film of the 21st century, Todd Haynes’ note-perfect adaptation of Patricia Highsmith’s landmark novel hasn’t lost an iota of its power since the Academy lost its collective mind and denied the film a Best Picture nomination, setting America — and the world — on a downward spiral from which it has yet to recover. Fortunately, the arc of the moral universe bends towards justice, and a rabid fandom is forming around the love story between 1950s New York housewife Carol Aird (Cate Blanchett) and sullen department store clerk Therese Belivet (Rooney Mara). There are think-pieces about its rapidly swelling cult. It generates enough fan art to make you forget what else Tumblr is good for. Someone even a short film about a support group for people who love “Carol” a little bit too much (the short is obviously fiction, because in real life of course it is not possible to love “Carol” too much). And now that it’s on Netflix, you can watch it whenever you’ve loaned out that copy of the Blu-ray that you obviously bought. …Right? Right. Available on Netflix September 20.