Plus, Reese Witherspoon, Nicole Kidman and more weigh in on returning to Monterey. 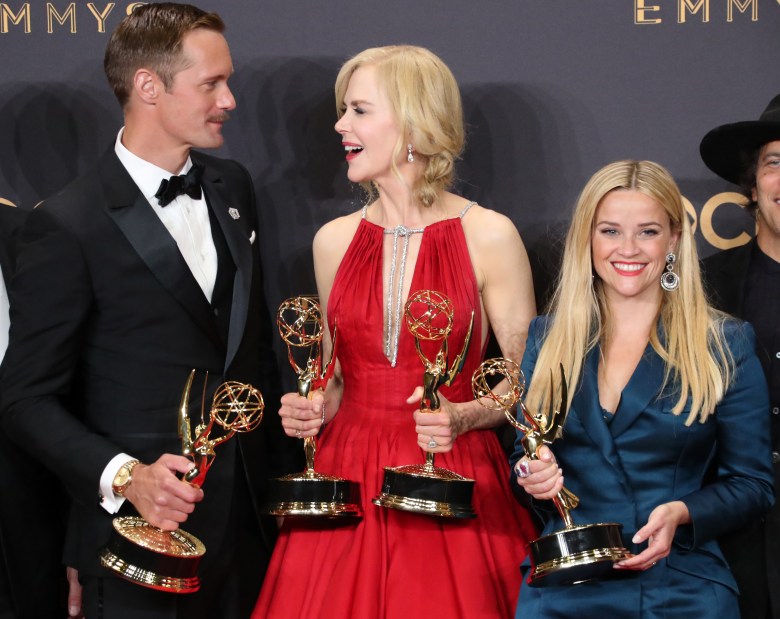 After raking in a slew of Emmys on Sunday night, bringing the grand total to eight for “Big Little Lies,” it’s clear that HBO would be wise to bring it back for another season. The limited series, however, is based on a standalone novel of the same name by Liane Moriarty, who hadn’t written a sequel… yet.

Stars Reese Witherspoon and Nicole Kidman, who are both executive producers on the series, also weighed in on the show’s possible return. Witherspoon, who had lost the Lead Actress award to Kidman, said, “You already know we’re liars, you shouldn’t trust anything we say. We’re thinking about it, we’re talking about it, we’re discussing it, but nothing definitive yet.”

Kidman added, “It would be fantastic if we could continue, but right now, we’re just savoring this moment because this is amazing.”

Laura Dern, who won her first Emmy for her supporting role, said, Season 2 if we were to do it again — and that was not the intention — I think all the actors feel ecstatic because we love these characters, but that’s up to Liane if she would want to come up with another story.”

Director Jean-Marc Vallée is open to the idea, although he couldn’t commit either. “Let’s see what the future will be,” he said.

Set in the beautiful seaside town of Monterey, Calif., “Big Little Lies” tells the story of a group of mothers who are bonded by the common experience and struggles of being a woman, especially in the face of male aggression. The limited series also won Emmys for Supporting Actor Alexander Skarsgard, directing for Vallée, casting, costuming, and music supervision.