While box office is looking up, the two costly sequels did not perform at expected levels, leaving their franchise futures in doubt. 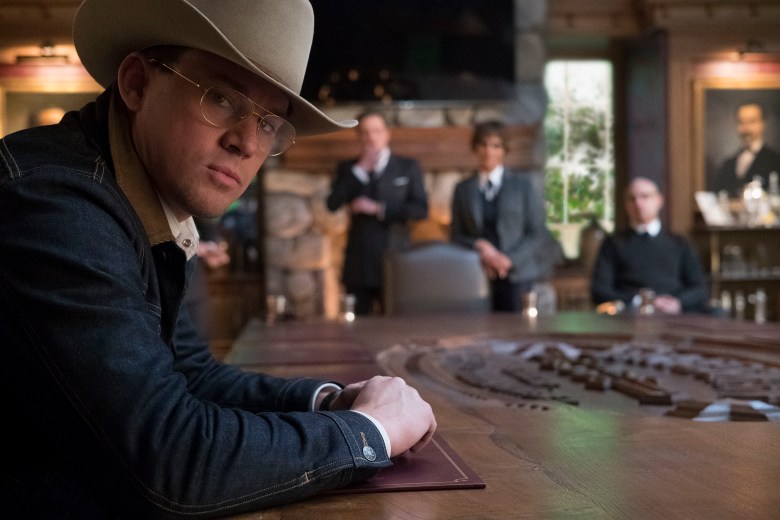 Things are looking up at the fall box office: for the first time three September releases grossed over $20 million. The average September usually sees one or two performing at this level. Even with poor reviews, sequel “Kingsman: The Golden Circle” (20th Century Fox) managed to nearly reach $40 million. It was joined by a strong third weekend for horror phenomenon “It” (Warner Bros.) at $30 million, and the opening of “The LEGO Ninjago Movie” (also Warners) at just over $20 million.

Despite the improvement over last year — box office up $15 million, or about 14 per cent — the fall-off from last year is still just under five per cent. That’s better than the 6.3 per cent drop at the end of August. But the uphill climb to equal last year’s box office (with slightly higher prices this year meaning an even bigger gap in ticket buyers) still quite steep.

Also tempering upbeat box office is lower-than-expected results for the two highly anticipated debuting sequels. “Kingsman: The Royal Circle” had been projected to reach as high as $50 million. And “LEGO” was touted as hitting over $30 million. Both fell short of those levels, despite their solid showings. “Kingsman” was an expensive production with a budget over $100 million, unusual for an early fall release. Its initial international take of $66 million (not including four of the ten best regions for the first film) combined with the domestic start suggests ultimate modestly profitable results. Whether they are enough to sustain a budding franchise is an open question.

The Saturday gross dropped four per cent from Friday (which includes Thursday’s preview numbers). That compares to a 47 per cent better second day last time, which got a boost from falling on Valentine’s Day. Also, sequels tend to be more front-loaded.

Still, while neither film scored critical raves, a limp Metacritic score of 45 and an unusually long running time for a comedy (141 minutes) may have taken its toll. The first time around saw a 3.5 multiple for its opening (just under $140 million total run gross). As of now, this looks likely to reach about $100 million. Unlike foreign territories, this is not an improved opening from last time. Fox still picked a smart date that yielded a $39-million September opening.

“The LEGO Ninjago Movie,” the third in the LEGO series, marks a steep decline. Like “The LEGO Batman Movie,” it’s not a direct sequel to the first LEGO effort, which in 2014 opened at $69 million. The “Batman” standalone earlier this year debuted to $53 million.

Does this mark a continued lower expectation for what used to be a robust family audience for animated fare? Animation remains a major success story in contemporary movies. But some minor signs, including drops from past performances in the “Despicable Me” and “Cars” franchises, still nag about what has been a bedrock of exhibition. Also making the Top Ten are two indie entries. “Friend Request” (Entertainment Studios), a German horror film (in English) flattened out with only $2.4 million in over 2,500 theaters. More impressive is “Stronger” (Roadside Attractions) for which Jake Gyllenhaal has received (once again) strong reviews for his portrayal of a survivor of the Boston Marathon bombing. Its second day uptick and A- Cinemascore suggest future wider interest (including potential Oscar consideration) beyond its initial nearly $1,750,000 total in only 574 theaters.

Then there is “It” (Warner Bros.), which enjoyed a third weekend $30-million total adding to already great results, with a new running total of $266 million. Already one of the ten biggest horror films of all time, it could ultimately become second only to “Crocodile Dundee” among September releases in the modern era. Holdovers showed overall bigger drops than recent weeks, with only “Home Again” (Open Road) down a small 36 per cent its third weekend. With a lack of strong female-appeal titles at the moment, “Home Again” boasts the advantage of less competition.

“mother!” (Paramount) might have gained from that audience, but its second weekend drop of 57 per cent confirms the quick demise of Darren Aronofsky’s latest (starring Jennifer Lawrence). It did hold slightly better than “American Assassin” (Lionsgate), the other second week film.

This Article is related to: Film and tagged Box Office, It, Kingsman: The Golden Circle, The LEGO NINJAGO Movie