It takes an hour to get going, but S. Craig Zahler's bloody prison movie eventually delivers the grindhouse thrills promised by its title. 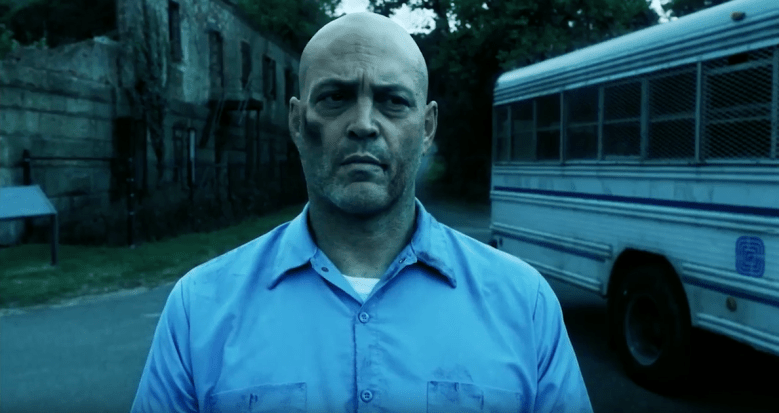 For a little over an hour, “Brawl in Cell Block 99” is a slow-burn crime drama that just so happens to star Vince Vaughn as a ridiculous muscle mass. After that first hour, Vaughn’s outrageous physical appearance makes more sense: The movie devolves into a series of gruesome showdowns, with bloody punches and bones crunching, as writer-director S. Craig Zahler throws nuance to the wind and trades it for a grotesque, ludicrous prison fight movie that’s certainly one of the more uncharacteristic projects in Vaughn’s prolific career.

Vaughn has never been the most obvious choice to anchor a silent tough guy role; despite his physique, he’s maintained the air of a smarmy jock who doesn’t age. “Cell Block 99” doesn’t suggest a paradigm shift for the actor, but it’s a curious alternative that delivers on the level of pure grindhouse shocks that eventually become its gruesome raison d’être. As Bradley Thomas, he’s a southern blue-collar auto mechanic forced into a life of crime when he suddenly loses his job.

Some months later, he’s arrested in the midst of a botched drug job in which he decides to turn himself in. Sentenced to seven years, he encourages his pregnant wife to wait for him and prepares to do his time. Then she’s kidnapped by a scowling Udo Kier, who shows up at Bradley’s prison with the order to have him kill another inmate in order to save the lives of his wife and unborn child.

“Brawl in Cell Block 99” arrives at the setup for this scenario where most gritty genre movies of this type start winding down. At two hours and 15 minutes, the movie doesn’t exactly justify its heft, but it maintains a fascinating air of morbidity as it builds toward a twisted climax. Bradley’s grim situation is particularly unsettling because of the slow march toward the inevitable showdowns he’s forced to pursue.

Whenever it gets there, the movie delivers the twisted joy of watching Vaughn — bald, broad-shouldered, and adorned with a cross tattoo on the back of his neck — punching, kicking and twisting fellow prisoners and baffled guards alike in his ongoing quest to get transferred to the titular cell block where his target lives. The action choreography is about as blunt as the movie’s plot (it’s a far cry from “The Raid,” which elevates this kind of fighting to high art), but each new brawl arrives like another punchline in a series of deadpan jokes.

The movie maintains a bleak, understated tone, with virtually no music or flashy editing to sensationalize its developments. But that’s not to say it lacks sensationalism. Instead, the pure gimmick of “Brawl in Cell Block 99” is Vaughn himself, an absurd special effect of a human being who seems to be jockey for a form of rough-hewn action stardom nobody could have predicted for him. With his stone-faced expression and monotonous delivery, it’s not much of a performance, but he’s a terrific engine for the movie’s superficial plot. One early scene finds the actor single-handedly demolishing his wife’s car in a fit of rage, and it’s a great combination of slapstick comedy and shock that sets up more unruly uses of his strength later on.

When the body count rises, “Brawl in Cell Block 99” doesn’t flinch. Abrupt sound effects emphasize the extent of Bradley’s damage as he hurtles bodies against walls, grinds faces against hard concrete, and even manages a few maimings in his quest to save the day. Unfortunately, none of these thrills can serve the robotic nature of the movie or its two-bit villains, and even the movie’s tense climax falls short of generating the emotion required to make Bradley’s conundrum into a substantial quest. The movie’s video game–like progression through a series of battles is so blatantly one-note that it essentially invalidates the prolonged buildup.

No matter its flaws, however, “Brawl in Cell Block 99” unleashes a fascinating gamble, blending the grimy aesthetic of a one-note action movie with undercurrents of blue-collar frustration. It doesn’t quite succeed at fusing those two elements, but it’s further proof of a filmmaking sensibility willing to push beyond the presumed barriers of formula. Zahler’s first feature, “Bone Tomahawk,” took a similarly epic approach to an outmoded genre, with a violent Western in which gunslingers face down a pack of desert cannibals. In both cases, Zahler’s ambition is the most involving aspect of his filmmaking, as it shows a willingness to push pulpy material to a grander skill. If he keeps it up, he might just invent a formula of his own.

This Article is related to: Film and tagged Brawl In Cell Block 99, Reviews, TIFF, Vince Vaughn