The sitcom master tells IndieWire how he's reinventing himself by working for Netflix ('Disjointed') and producing his first single-cam comedy ('Young Sheldon'). Also: Why he didn't bring his vanity cards to Netflix. 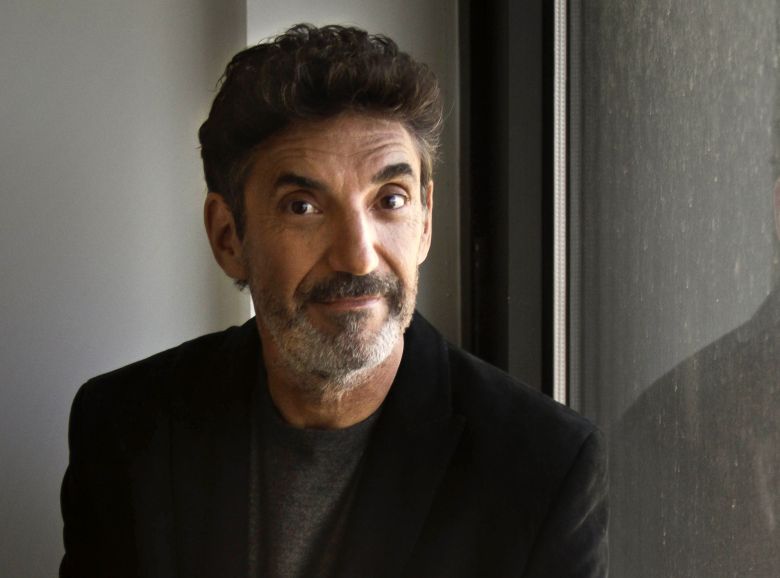 After several decades as the king of multi-camera comedy, Chuck Lorre is learning a few new tricks this fall. Lorre just launched his first show for a streaming service, Netflix’s marijuana sitcom “Disjointed,” and is behind this fall’s “The Big Bang Theory” prequel series “Young Sheldon,” which represents his first foray into single-camera half-hours.

“I spent 30 years working in front of an audience, so I’ve got a lot of catching up to do,” Lorre recently told IndieWire and KCRW’s “The Business,” of learning about filmmaking with “Sheldon.” “I was following [director] Jon Favreau around during the pilot shoot just asking questions. ‘What’s that lens? What’s the camera doing now?’ I got to watch the guy make a movie, which I’d never had a chance to do before.”

“Disjointed” was more familiar turf for Lorre, given its multi-camera setup in front of a studio audience. He and co-creator David Javerbaum actually first pitched the show to CBS, where Lorre has hit it big over the years with “Two and a Half Men,” “The Big Bang Theory” and “Mom.” But the show’s setting, a pot dispensary, was too edgy for the Eye.

Netflix, however, was interested — as was star Kathy Bates, who had previously played the ghost of Charlie on “Two and a Half Men.” After both Bates and the streaming service signed on, Lorre and Javerbaum went back to their original script, and tossed it.

“It was a CBS sitcom,” Lorre said of that first draft. “It was built around the structure that I’ve come to know for many, many years. And yes, it was tame, and it didn’t take advantage of anything that is available in the Netflix world.

Lorre, who was used to the tight restrictions of broadcast standards and practices, was giddy with freedom. “Instead of 21 and a half minutes to tell your story, you have whatever you need. 28, 29, 31 minutes, it doesn’t matter,” he said. “Obviously you gave no censorship issues or broadcast standards. And you can have an ongoing story, because the audience is watching 10 episodes.”

To help break those old habits, Lorre leaned on Javerbaum, who was unencumbered by those traditional sitcom rules.

“He was brand new to this, so he couldn’t help but break the rules left and right,” Lorre said. “And he was proposing things right out of the gate that were astonishingly fresh.” Among Javerbaum’s ideas: Elaborate animation segments, and fake commercial breaks touting the cannabis industry as if it was Budweiser. “He came into this with the ability to easily deconstruct the genre,” said Lorre, who admitted there was some pushback from his studio, Warner Bros. TV, over the expense of making the show. “My big role in that was to say, ‘Get out of his way. This is an insanely creative and funny man. Let’s create some space for him to do something that hasn’t been done before.”

“It was fun after 30 years of network television, to have a character say exactly what you want them to say,” Lorre said. “But that freedom comes with a price. It can be abused. It’s just a judgment call, as to when it’s appropriate and when it is lazy.”

Like “Mom,” which has focused on addiction and other serious subjects, “Disjointed” touches on real-life issues; one character is a vet with PTSD. But “Disjointed” takes a much different look at substance use. “‘Mom takes a look at the 5 percent of us that can’t play around with psychoactive drugs and chemicals and liquids, and ‘Disjointed’ is for the 95 percent who can go about their business and it’s all fine. But there is a difference. It’s not for everybody.”

The Netflix experience has had such an impact on Lorre that he’s already working on his second project for the streaming service: “The Kominsky Method,” starring Michael Douglas and Alan Arkin. “I’m loving it,” he said.

The one casualty of Lorre’s move to Netflix: His famed vanity cards, in which Lorre writes an original message in lieu of his production company logo at the end of each episode, haven’t made the journey to Netflix. “When I’m watching a series on Netflix, I’m, boom, get me to the next story. All the material in between seemed to be irrelevant. It just didn’t feel like it belonged there.”

As for “Young Sheldon,” that show is indeed on CBS — but it may be the bigger culture shock for Lorre. Lorre and executive producer Steve Molaro wanted to make the show distinctive from “The Big Bang Theory,” and were also cognizant of putting the show’s cast of young actors in front of a studio audience, reasons that led to the decision to shoot the show as a single-camera half-hour.

“Young Sheldon” stars Iain Armitage as the young 9-year-old child prodigy who eventually grows up to become the Sheldon Cooper seen on “Big Bang.” In another first for Lorre, “Young Sheldon” features narration — as “Big Bang” star Jim Parsons tells the story of how young Sheldon grew up.

“It’s so slow,” Lorre lamented about the difference in production. “A dinner scene where the family is sitting around the table having dinner, that’s maybe four pages long. It takes as long as it takes us to shoot an entire episode of ‘The Big Bang Theory’ in front of an audience. It’s unbelievably, torturously slow. When the camera moves from one place to another, you start thinking about alternate lifestyles for yourself, and maybe I should pick up a hobby… I’m brand new, and still learning about this.” That includes getting used to the entirely different cadence of writing comedy for single-camera. Without a live audience, he admits it’s harder to gauge what’s funny. “When you’re shooting it as a film, you’re saying, ‘I believe this is funny. I hope you agree.’ You have no litmus test. There’s no audience around you to tell you if you’re right or wrong. It’s just, we’ll find out.”

As the business changes all around him, Lorre said he’s even more bullish on the small screen and adapting to changing audience tastes. Along with his move to Netflix, Lorre finds himself committing to more TV binges, particularly dramas. “There’s so much to watch that to commit to a series, it’s really gotta be something. It has to be consistent. I am totally crazed on television these days.”

If there’s one current trend Lorre won’t commit to, it’s rebooting one of his old shows. “I’m pretty excited about where I am going forward with new stuff.” But wait, never say never: “I’d check it out if somebody wanted to remake ‘Dharma and Greg’!”

Listen to our interview with Lorre via KCRW’s “The Business” here. “Disjointed” is now streaming on Netflix, and “Young Sheldon” premieres Monday, Sept. 25 at 8:30 p.m. ET, at a special day and time, behind “The Big Bang Theory.”