After earning six nominations for playing Peggy Olsen on "Mad Men," Elisabeth Moss has finally prevailed at the Emmys thanks to "The Handmaid's Tale." 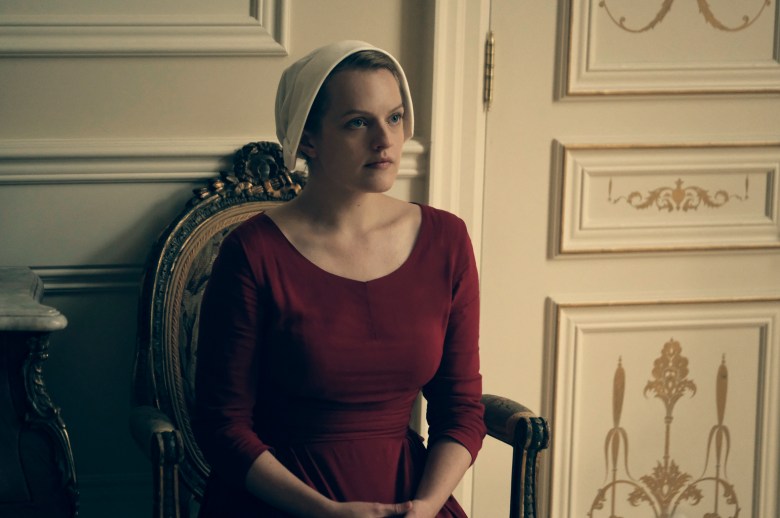 Elisabeth Moss in “The Handmaid’s Tale”

Elisabeth Moss is finally an Emmy Award winner. The actress won her first prize for Outstanding Lead Actress in a Drama Series thanks to her heralded role as Offred in Hulu’s “The Handmaid’s Tale.” The win is a major victory for not only Moss but also for Hulu, who wins its first major Primetime Emmy as well.
Read More: 2017 Emmys Winners List (Updating Live)
Moss is no stranger to the Emmys. She was nominated six times for playing Peggy Olsen on “Mad Men” and earned a seventh nomination for “Top of the Lake” in the Outstanding Lead Actress in a Miniseries or a Movie race. For five consecutive years between 2009 and 2013 her role in “Mad Men” earned her an Emmy nomination.
“The Handmaid’s Tale” earned 13 nominations at the Emmys this year for its debut season. The show entered the Primetime Emmys already a big winner thanks to Alexis Bledel’s Guest Actress win at the Creative Arts Emmys last weekend. Other major nominations for the show include Outstanding Drama Series and two contenders for Outstanding Supporting Actress in a Drama Series: Samira Wiley and Ann Dowd.
Moss is also nominated this year for Outstanding Drama Series since she is an executive producer on “The Handmaid’s Tale.” She will return as Offred in the already announced second season.
Sign Up: Stay on top of the latest breaking film and TV news! Sign up for our Email Newsletters here.

This Article is related to: Awards and tagged Elisabeth Moss, Emmys, Hulu, The Handmaid's Tale