"The Leftovers," "BoJack Horseman," and "Sense8" all have one shot at an Emmy. With the odds stacked against them, can any of these dark horses actually win? 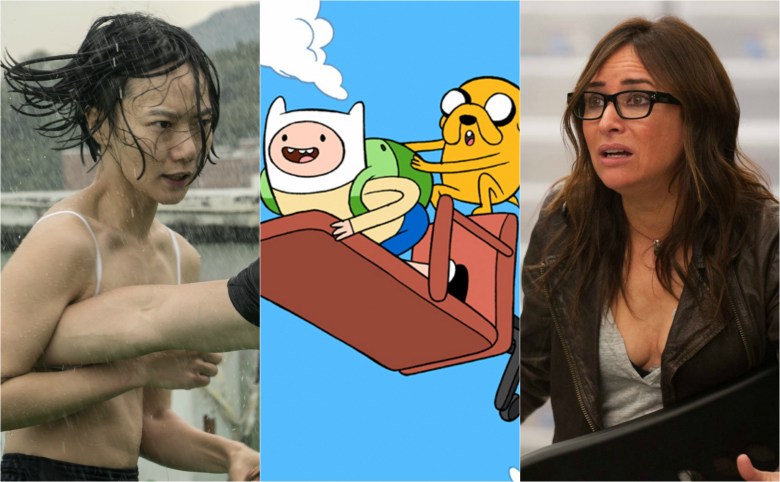 Can She Win? Yes!

Why? With two “SNL” hosts in the category — Kristen Wigg and Melissa McCarthy — Fisher might be in trouble any other year. But with the love flooding in for the Fisher family after Carrie and Debbie Reynolds’ deaths came so close together in late 2016, she should be able to compete with McCarthy’s addictive take on Sean “Spicey” Spicer.

In an Ideal World: “Catastrophe” would be a major player at the Emmys and Fisher would be just one of a few acting nominations given to the show.

Nomination: Outstanding Original Music and Lyrics (“When Will Josh and His Friend Leave Me Alone?”)

Can It Win? Maybe.

Why? “Crazy Ex-Girlfriend” is the only legitimate musical nominated in the category, but popular picks like Tituss Burgess’ “Lemonade” spoof on “Unbreakable Kimmy Schmit” and a moving, vital number from Ava Duvernay’s documentary “13th” could prove tough to deny if the multi-nominated programs are more well-liked than the unjustly ignored “Crazy Ex-Girlfriend.” That being said, Rachel Bloom and cast performed for voters during campaign season, so anyone present for the live rendition likely won’t forget it.

In an Ideal World: “Crazy Ex-Girlfriend” would have multiple nominations in this category alone. Why? After an absolutely stellar third season, “The Leftovers” didn’t break through at the Emmys the way many critics hoped, but Ann Dowd represents the HBO drama perfectly: Beloved by everyone who works on the show as well as those who watched it, her role as the mysterious Guilty Remnant leader turned otherworldly guide is complex, challenging, and deeply rewarding — if you take the time to appreciate it. It appears as if Emmy voters did, and they may do it again, especially if it means gives “The Leftovers” the last and only trophy it can win.

In an Ideal World: “The Leftovers” would have swept the Emmys for the past two seasons (and pulled in half its bounty for Season 1).

Why? Historically, this is one of the technical awards that doesn’t always go to the populist pick. Sure, big Emmy winners like “Mad Men” and “Boardwalk Empire” have won in the past, but so have “The Tudors” and “The Man in the High Castle,” the latter of which is the defending champion. So even though “Sense8” is competing against the likes of “Westworld,” “The Crown,” and “The Handmaid’s Tale,” the cancelled Netflix series could still pull out a win (which would be its first and last). It’s also worth noting this category was split in two for this year’s ceremony. In years past, all singe-camera series were lumped together, but with dramas dominating the nominations — while so many worthy single-camera comedies (a.k.a. half-hour shows) went unacknowledged — the Academy is honoring both. Sarah Jessica Parker’s HBO series “Divorce” and Dwayne Johnson’s “Ballers” earned their only nominations in the half-hour cinematography category (and “One Day at a Time” earned its sole nod for multi-cam cinematography).

In an Ideal World: “Sense8” would’ve been a bit more appreciated in the Creative Arts categories, but it’s got quite a bit of impressive competition.

Why? The FXX comedy is no longer an underdog after winning its first Emmy in the category last year, but it’s still odd that it only got one nomination in 2017. None of the voice actors snagged a nod, making “Archer” a defending champion with only one nomination to its name. And since it only had one nod last year, the low total shouldn’t be a detriment to its odds of repeating.

In an Ideal World: Amber Nash wouldn’t be overlooked for her delightful, hilarious performance as Pam Poovey.

This Article is related to: Awards and tagged Emmys, Sense8, The Leftovers