The producer of Angelina Jolie's Netflix movie is Cambodia's greatest filmmaker. Here's what you need to know about his extraordinary career. 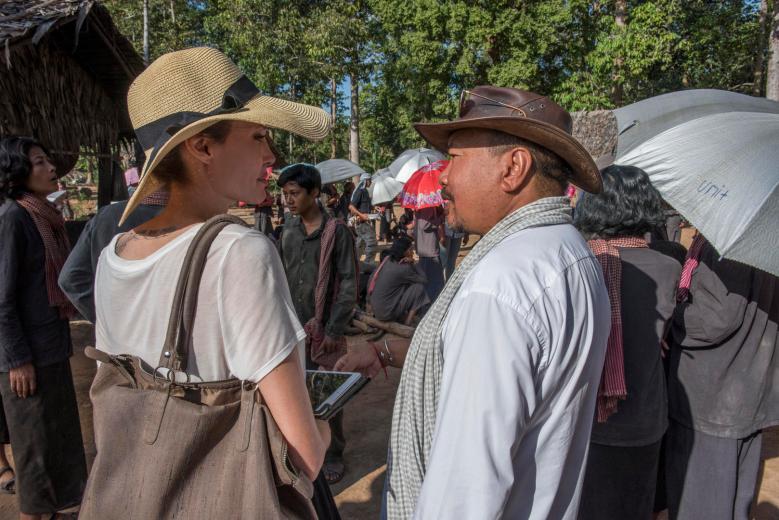 [Editors Note: This article is presented in partnership with Netflix’s original film “First They Killed My Father” – now streaming on Netflix and in select theaters.]

“First They Killed My Father” producer Rithy Panh is arguably the most influential Cambodian director in history. A survivor of the Khmer Rouge who escaped to Thailand in 1979, Panh found his footing as a filmmaker while living in Paris before returning to his native country 10 years later. Over the past 27 years, his work has largely taken a biographical focus, as he confronts the trauma of his family’s struggles from a number of cinematic perspectives. Viewed in full, his filmography tells the modern story of the Cambodian people, from their struggles to survive against an oppressive regime to the reverberations of those experiences in modern times.

Panh has always taken a personal approach to his filmmaking. His first widely acclaimed project, 1994’s “Rice of People,” blends professional and amateur performers in the spare tale of an impoverished family attempting to make ends meet in a world still reeling from the horrors of the past. The film’s naturalistic style echoes the traditions of Italian Neorealism, and just as that era reflected recent wartime events, Panh’s film shows a keen ability to thread Cambodian history into an intimate story. Soon he could become the great chronicler of his country’s history.

With 2000’s “The Land of the Wandering Souls,” Panh explored the plight of Cambodian workers whose ditch-digging leads them to encounter bodies and land mines that speak to the continuing reminders of their genocidal past. In “S-21: The Khmer Rouge Killing Machine,” Panh explored the history of the Khmer Rouge’s most notorious prison with a blend of memories from former prisoners and some of the men who tortured them. In “Such, Master of the Forges of Hell,” he profiled a Khmer Rouge war criminal. It was only a matter of time before Panh would turn the camera on his own journey. The Oscar-nominated 2013 documentary “The Missing Picture” is one of Panh’s most ambitious achievements, a semi-animated essay film about the plight of his family as they sought to escape the Khmer Rouge (and was not entirely successful in doing so). The film, which premiered to great acclaim at the Cannes Film Festival, uses stop-motion clay figures to represent Panh’s memories of his family’s struggles, echoing the degree to which he has internalized these memories from a child’s perspective. The filmmaker combines these elements with archival footage from the Pol Pot years, creating a fascinating blend of dreamlike rumination and historical specificity.

“The Missing Picture” also provides a key foundation for watching “First They Killed My Father.” Panh’s memories are tied to his youth, and his deeper understanding of the massacre only came later; as a result, the film is an essential precedent for “First They Killed My Father” in that it explores the paradox of experiencing an adventurous survival epic even though the reality of the events was much bleaker. The title refers to a photograph taken by the Khmer Rouge that would bring a historical finality to many of the stories of the regime’s atrocities. Because Panh can’t find the picture, he makes a movie to fill in the gaps. “First They Killed My Father” is an extension of that goal, resurrecting the painful history of a generation and giving voice to the valiant efforts of those who survived dire circumstances to keep their country intact.

Both “The Missing Picture” and “First They Killed My Father” take place between 1975 and 1979. Both are crucial to the contemporary development of Cambodian cinema. Panh’s film brought an international audience to his story and made it more accessible than ever before. Jolie’s work goes one step further. Not since “The Killing Fields” has a major filmmaker tackled these events, and that movie — while Oscar-nominated and still widely acclaimed — had no organic connection to the country it portrayed. “First They Killed My Father,” on the other hand, was filmed in the country with a predominantly Cambodian cast and crew (including director Angelina Jolie, who adopted a child from the country, was offered citizenship by the government and accepted). It provides a fully immersive look at the slow development of the Khmer Rouge takeover without stepping back to overexploit the events.

There’s a fundamental authenticity to the way the movie takes its cues from the child’s viewpoint, as if no amount of complex historical explanation can convey the same degree of understanding provided by simply witnessing the atrocities. “First They Killed My Father” is an extension of Panh’s 30-year-effort to ensure that Cambodia’s national identity remains appropriately preserved for audiences around the world.