This new trailer also showcases the Scarecrow, one of Gotham City's newest villains. 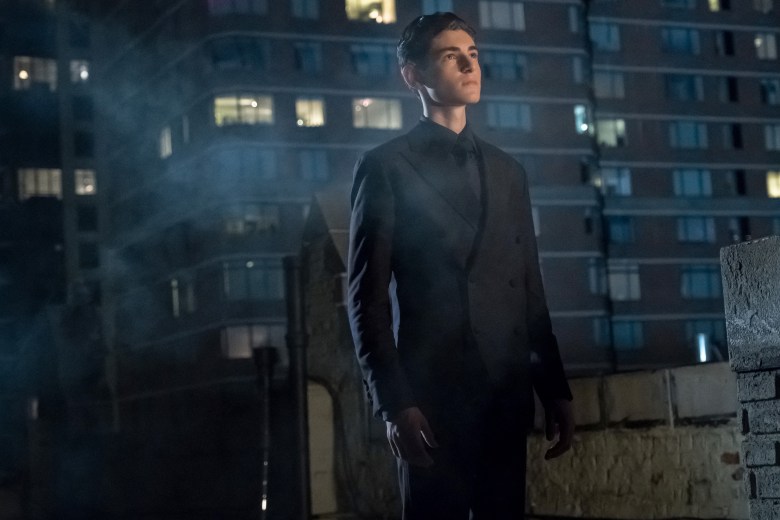 Get ready to catch the Bat-light this Thursday, as “Gotham” returns for its Season 4, subtitled “A Dark Knight.” Judging by the new extended trailer that Fox released on Monday, it looks like it is going to be a very wild ride.

The “dark band” trailer (approved for “Gotham citizens ready for a Dark Knight”) reminds us of last season’s craziness by featuring some of the most important moments, but it leads into even more craziness as more and more villains join the ranks to disturb the already-damaged stability of Gotham City.

Related:  ‘L.A. Confidential’ Series in the Works at CBS From ‘Gotham’ Writer

The most notable villain to be introduced this season is Scarecrow, whose interaction with Jim Gordon (Ben McKenzie) is spotlighted more in this trailer than the one released during Comic-Con in July.

As more villains pop up in the streets of the fearsome metropolis, there is something far more imminent that seems to be this next season’s focus (and probably what audiences have been waiting for all along): the birth of the Dark Knight. This year now appears to be when Bruce Wayne (David Mazouz) will attempt to bring order into the chaos that has crept into the city — but will he unleash more chaos?

Tune in on FOX this Thursday at 8 p.m. ET and get a sneak preview of all the madness coming to Gotham City below.

This Article is related to: Television and tagged Batman, Fox, Gotham