Nick Nolte is already up to no good in a sneak peek of "Graves" Season 2. [Exclusive] 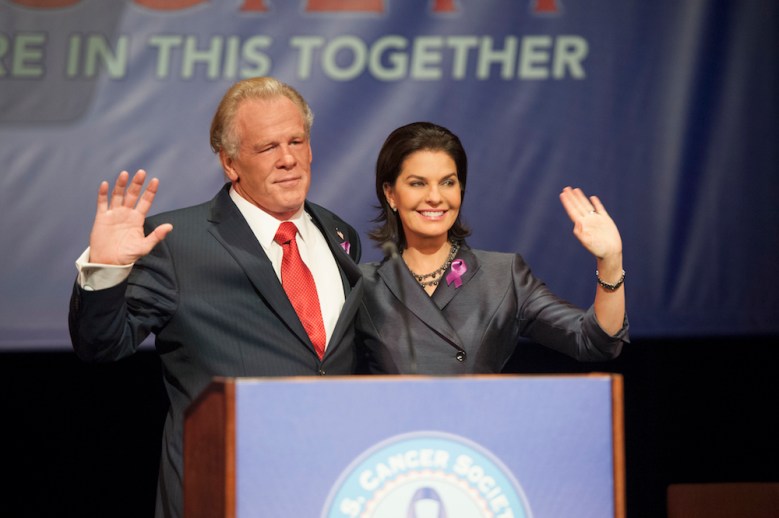 We really can’t have enough political comedies to infuse some laughter into the current cultural climate, and with “Veep” done for the season (and soon gone for good) the necessity for a replacement is dire. Fortunately, EPIX’s original comedy “Graves” is coming back for Season 2 next month, and it’s ready to satisfy our satiric withdrawals.

Golden Globe nominee Nick Nolte returns as former president Richard Graves, who’s presidential legacy is put to question when he looks back at how his decisions might have negatively affected the country 25 years after the end of his administration. His performance during the first season garnered Nolte a nod from the HFPA for Best Leading Actor in a TV Series (Musical or Comedy).

The official Season 2 synopsis provided by EPIX reads as follows:

After a year of public protests against his Presidential legacy, Season 2 finds former President Richard Graves (Nick Nolte) turning inward in search of the man he used to be before he was President. This journey is compounded by the arrival of his first grandchild, thanks to daughter Olivia (Heléne Yorke) and a new revelation about his son, Jeremy (Chris Lowell). Graves’s journey coincides with wife Margaret’s (Sela Ward) Senate campaign, as the former First Lady attempts to build her own political legacy at the exact moment that her husband is tearing his down; and his assistant, Isaiah Miller’s (Skylar Astin) search for new direction after taking a bullet for the President in the Season 1 finale. Meanwhile, Graves’s spiritual muse Samantha (Callie Hernandez) finds a new calling as a singer/songwriter.

“Graves” Season 2 is slated to premiere October 22 on EPIX. Watch the first exclusive teaser trailer below.

This Article is related to: Television and tagged Graves, Nick Nolte