The wholly unique new biopic starring Margot Robbie brings fresh insight on the disgraced ice skater, and it owes much of that to Harding herself. 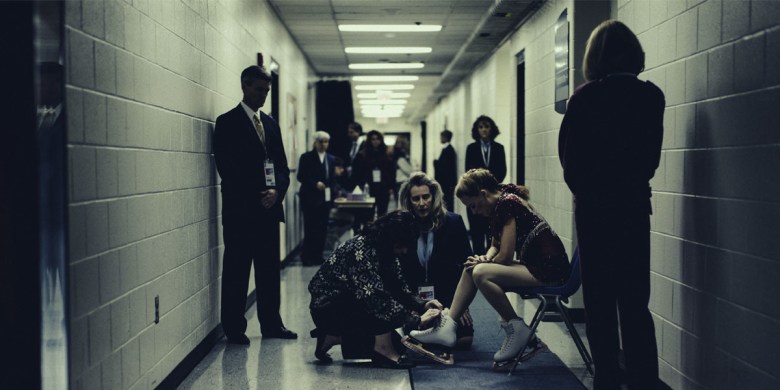 There’s no buzzier title at the Toronto International Film Festival than Craig Gillespie’s alternately hilarious and deeply empathetic Tonya Harding biopic “I, Tonya.” Margot Robbie stars in the eponymous role as the embattled (and, as the film vividly shows, misunderstood) ice skating star who became the subject of so much derision, and the film attempts to present a full portrait of her before and after the insane events leading to the 1994 Winter Olympics (cue Nancy Kerrigan screaming “Why? Why?!”).

Much of that portrait is owed squarely to Harding herself who, along with ex-husband Jeff Gillooly (played in the film by Sebastian Stan, a meaty role for the rising star), participated in hours of interviews with screenwriter Steven Rogers. What emerges is a funny and flinty look at the embattled ice princess that doesn’t skimp on the gory details, including Harding’s abuse at the hands of both Gillooly and her own mother (played by Allison Janney). But it’s also a compelling look inside one of America’s first stories of the 24-hour news cycle, one that has been writ large (and often incorrectly) for over two decades.

“[Steven] did a six-hour interview with Tonya,” Gillespie told IndieWire at the festival. “He watched the documentary [‘The Price of Gold’], he tracked her down, he went up there, they met. This is her interview, which is why these stories feel so spontaneous and personal and bizarre.”

Harding’s voice and point of view is prevalent throughout the film, which includes multiple documentary-style talking head “interviews,” also filmed by Gillespie. He and Robbie met with Harding for just a couple of hours during production, while only Stan spent extra time with Gillooly, whose current-day portrayal makes clear that all he wants to do is put it behind him.

Elsewhere, Gillespie and stars Janney and Paul Walter Hauser (who plays Gillooly’s moronic pal, Shawn Eckhardt) reenact existing interviews featuring the real-life inspirations for their roles (some of which play during the end credits).

“I loved these contradictory interviews, I love that we’re giving the audience a chance to participate,” Gillespie said. “It’s almost, in that sense, like a documentary. You get to see these people, and you get to try and decide if they’re lying. What do I believe? You get to make your own choices.”

So, has Harding seen the film? Yes, though she was not on hand for the Toronto premiere. Gillespie said she saw it the week before its debut, and he still seems a bit jittery about the experience.

“I was nervous to show it to her,” he said.”I hoped that she would like it, but you never know. For somebody to look at themselves objectively, it’s so hard, and she’s been bombarded by this for so long… It’s so much Tonya’s story, that was my primary focus.”

He added, “On the one side, I feel like we’ve done a very honest portrayal. When I set out to make the film, she’s been such a villain and a punchline in our society for so long, and I loved that challenge to just change that perspective. I really felt like it was there in Steven’s script that, by the end of the movie, we should empathize with her. I know it’s a tall order with such a huge public persona that we have, but I really felt it was possible with Margo’s performance, with this script.”

Final result? “I heard she was actually happy with it,” Gillespie said with a grin.

“I, Tonya” premiered at the 2017 Toronto International Film Festival. It is currently seeking U.S. distribution.

This Article is related to: Film and tagged Craig Gillespie, I, Margot Robbie, TIFF, Tonya