Imagine landing two of the biggest stars in Hollywood for your high school short film. That's exactly what happened for these 13 aspiring filmmakers. 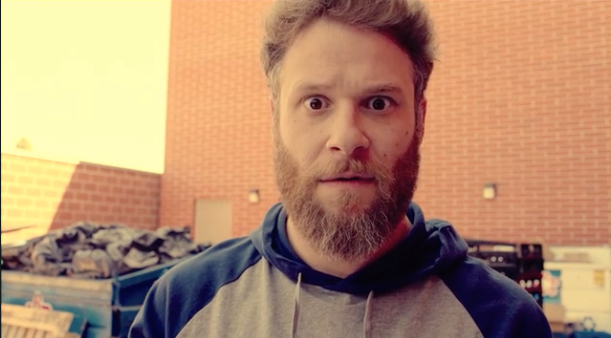 When Los Angeles high school students Eduardo Cho and Kimberly Carrillo showed up to the set of their short film “Dumpster Diving,” they did not expect to see that the cast included the likes of Seth Rogen, James Franco, Nick Kroll, Hannah Simone, and Michael Pena. The students were told they would be getting the chance to work “with professionals in the film industry,” but the reality was even greater than anyone could’ve expected.

“Dumpster Diving” is the first short released under Rogen and Evan Goldberg’s “And Action!” program, which seeks to give young aspiring filmmakers and screenwriters the chance to break into the industry from a young age. The pilot program took place at John C. Fremont High School in L.A. and the Rene Gordon Health and Wellness Academy in Toronto, with Rogen and Goldberg working with students to brainstorm script ideas and later bring them on to set.

The short film the Los Angeles students came up with is “Dumpster Diving,” an 11-minute comedy about two bullied high schoolers who befriend a couple of gang members and are brought to their gang-leader, known only as El Diablo. Naturally Franco is the gang-leader and sports a tone of face tattoos. The Toronto short film, called “Robot Bullies” and staring Jay Baruchel, will be released at a later date.

Watch the short film below, courtesy of The Hollywood Reporter.

This Article is related to: Film and tagged James Franco, Seth Rogen, Video