IndieWire spoke with the actor, who has two new documentaries and serious ambitions, but he might just be messing with all of us. 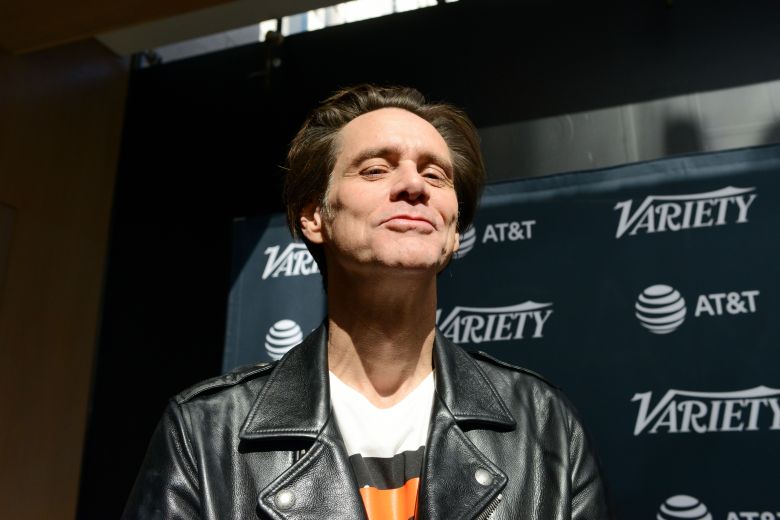 Jim Carrey likes to mess with people. Using 100 hours of behind-the-scenes footage from Milos’ Forman’s 1999 Andy Kaufman biopic “Man in the Moon,” Carrey and director Chris Smith created “Jim & Andy: The Great Beyond,” a documentary that details Carrey’s aggressive Method approach to portraying Kaufman and his abrasive, lounge-singing alter ego Tony Clifton. It shows that Carrey baffled everyone on set and beyond it, crashing parties and workplaces in character as he burrowed so far inside the role no one was sure he’d come back. Pitched somewhere between a punchline and psychosis, the result was one of his most remarkable, lived-in performances in a career filled with jarring slapstick creations.

“It was a choice as an actor to have Andy come back and make his movie, to push me aside,” Carrey said during an interview in Toronto to promote the documentary, which Netflix recently acquired. “I was wondering how much of that inside me is because I don’t have the same courage as Andy. In order to do those things that flout convention and challenge people, make them angry, Andy was the better man for the job.”

Carrey hasn’t starred in a comedy since 2014’s “Dumb and Dumber To,” but this documentary gives context to recent outings like his New York Fashion Week red-carpet appearance September 8 at New York Harper’s Bazaar’s ICONS party. As a helpless E! reporter tried to take control of the situation, Carrey went on an existential rant (“it’s not our world, we don’t matter”) and claimed that the icons celebrated by the party don’t exist. A few days later, he was still mulling over whether he had gone too far.

Well, you definitely can’t say that Jim Carrey gives a boring interview: “There is no me. There’s just things happening.” pic.twitter.com/HatQ6mHsKp

“Every time something like that has happened, I’ll look at it and go, ‘Oh my gosh, I really wasn’t very respectful of what they were trying to do,’” he said. “But at the same time, people are drawn to it. Because it is bullshit, it doesn’t mean anything. What’s an icon? It’s like, these are all abstract ideas. I have characters that I think about fondly, but the icon business is a weird deification of people that is never really a healthy thing.”

While he hasn’t tackled a role as audacious as “Man on the Moon” in years, the last decade has found Carrey toying with new ways of pushing his deranged comedic persona to the masses — often with an edge of uncertainty about his intentions that resembles Kaufman’s agenda.

In 2011, Carrey released a YouTube video professing his undying love for Emma Stone in an unnerving closeup that led many people to believe it was genuine. The negative reaction was more extreme that he expected. “The thing bothers me is a misinterpretation of my intentions or the flat-out predatory way of making trouble out of what I’ve said,” he said. “I can’t see personally how anyone didn’t think that was a joke. My chin is quivering. It was ridiculous. But it was a time in my progression as an actor and as a successful person for people to look for trouble and go, ‘OK, here’s our chance. He’s creepy.’” “Jim & Andy: The Great Beyond”

A few weeks later, monitoring the online reaction, Carrey decided to take the response into his own hands. “I kind of outsmarted them a little bit,” he said. “There was a lot of talk online that I was ‘creepy.’ I went down to a karaoke band in Manhattan and I got up with a live karaoke band and I sang [Radiohead’s] ‘Creep.’ It went viral. So when they looked up ‘Jim Carrey Creep,’ they got that. It was a pretty interesting way to hijack the conversation.” To date, Carrey’s performance of “Creep” at Manhattan’s downtown venue Arlene’s Grocery has over a million views.

Carrey may be gaming the system, dragging the maniacal character best known from ’90s hits like “Dumb and Dumber” and “Ace Venture: Pet Detective” into 21st-century conversations, but he’s keen on emphasizing that even those big, broad studio comedies have serious connotations for him.

“Usually, people can sum me up in their heads as the guy who talks out of his ass and makes a lot of faces,” he said. “There’s actually thought that goes into what I do. The silliest thing in the world is still a creation. Talking out of your ass is a perfect expression of rebellion.” He spoke in a gentle tone, his eyes darting constantly as if reliving every moment of his three-decade career at once. “‘The Mask’ and ‘Dumb and Dumber‘ mean something to me above and beyond being romps,” he said. “’Cable Guy’ was about loneliness and disenfranchisement. My character in ‘The Mask’ is talking about me. When I put on my mask, I can do anything, be anything. We all wear a mask and when one guy takes his mask off, suddenly everyone’s mask just looks like a mask.”

If Carrey sounds like he’s taking himself too seriously, he’s not alone. He hasn’t headlined a comedy since 2011’s ill-advised “Mr. Popper’s Penguins” adaptation. “I get offered more dramas than comedies,” said Carrey, whose most recent film was the little-seen 2016 Polish thriller “True Crimes.”

“I guess word got out that I’m a headcase or something,” he said. “It’s just the last few years that it’s been evolving into that — that I wouldn’t do a comedy [unless] it was something that needs to be spoken. That’s really the bottom line.”

He was thrilled to work with Ana Lily Amirpour on “The Bad Batch,” having admired her directorial debut “A Girl Walks Home Alone at Night.” Carrey’s supporting role sneaks into the movie; as a mute, bearded nomad known as The Hermit, he’s virtually unrecognizable when he finally shows up, pushing a shopping cart through the California desert, wearing dusty sunglasses and gesticulating wildly to make his demands.

Page 1 of 2
Continue Reading: Jim Carrey, Behind the Mask: The Actor Explains His Viral Red Carpet Interview, Painting, and Life Beyond Slapstick

This Article is related to: Film and tagged Jim & Andy: The Great Beyond, Jim Carrey, TIFF