She's the only comedian worthy of filling Lily Tomlin's shoes, and Lin Manuel Miranda can't be beat for a fresh take on the theme song. 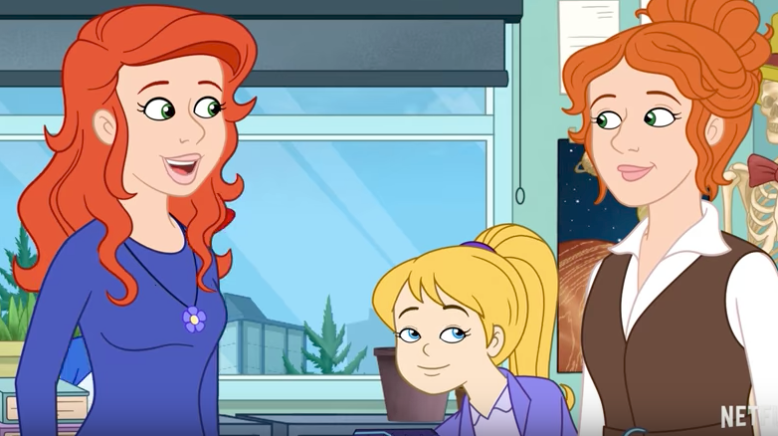 Ah, the mellifluous refrain of Lily Tomlin’s Ms. Frizzle warning: “Strap in, kids. It’s going to be a bumpy ride.” How many lazy afternoons were spent learning about the digestive tract from the inside of an intestine, or flying inside an exhaust pipe to fix a faulty engine and learn what a carburetor is? Now, it’s time for the next generation to surreptitiously learn about science at the urging of an eccentric, frizzy-haired teacher. Netflix released the first trailer for its reboot of “The Magic School Bus,” a beloved and educational kids’ show that ran for four seasons from 1994-1997 on PBS Kids, titled “The Magic School Bus Rides Again.”

Ms. Frizzle, originally voiced by Lily Tomlin, will now be played by Kate McKinnon, rightful heir to all things funny and wacky. The only thing missing in the passing of the baton is Ms. Frizzle’s signature frizzy hair, which has been smoothed into a manageably wavy coif, though the distinct orange color remains in tact. The classic ear worm of a theme song has received a jazzy update from none other than Lin Manuel Miranda, a pretty good indicator that “The Magic School Bus” had some classy fans in its day.

The original show, based on the book series of the same name by Joanna Cole and Bruce Degen, had its share of star power. Guest voice actors included Tyne Daly, Carol Channing, Dom DeLuise, Jessica Walter, Malcolm McDowell, and Dolly Parton. Hopefully this iteration can attract as many legends, and it’s off to a good start with McKinnon and Miranda.

“The Magic School Bus Rides Again” premieres on Netflix on September 29. Watch the trailer below:

This Article is related to: Television and tagged Kate McKinnon, Lily Tomlin, The Magic School Bus