If Stewart signed on to the Elizabeth Banks-directed project, it would be her first studio film since 2012. 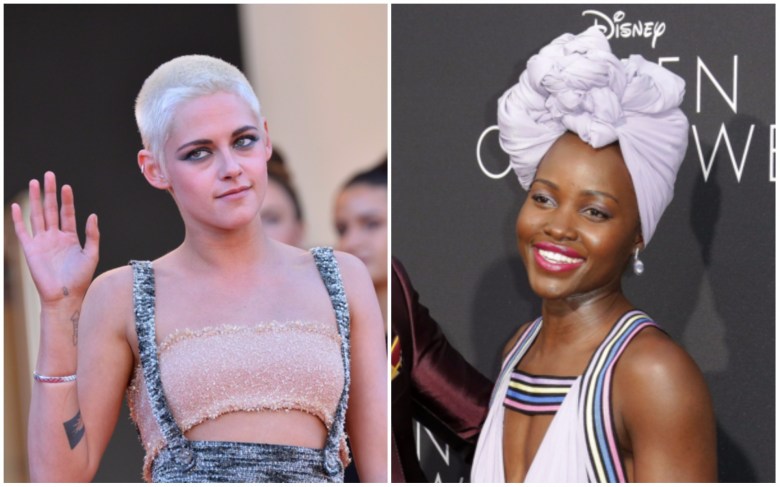 Kristen Stewart is being floated for Sony’s “Charlie’s Angels” reboot, reports Variety. Actress and “Pitch Perfect 2” director Elizabeth Banks is signed on to direct. The studio is also floating Oscar-winner Lupita Nyong’o to be part of the ass-kicking trio of private detectives.

If Stewart does sign on, it would be the actress’ first studio film since 2012’s “Snow White and the Huntsman.” The “Twilight” star has wracked up an impressive roster of highly acclaimed indie films in recent years, including Olivier Assayas’ “Clouds of Sils Maria” and “Personal Shopper,” Kelly Reichardt’s “Certain Women,” and Woody Allen’s “Cafe Society.”

Since her Oscar-winning breakout in Steve McQueen’s “12 Years a Slave,” Nyong’o has filmed multiple “Star Wars” movies, as well as Jon Favreau’s “The Jungle Book.”

“Charlie’s Angels” first charmed audiences in 1976 during a five-season run on ABC, starring Farah Fawcett, Kate Jackson, and Jaclyn Smith. It returned to the zeitgeist with a 2000 movie starring Cameron Diaz, Drew Barrymore, and Lucy Liu as the Angels, which earned $264.1 million at the box office. A sequel, “Charlie’s Angels: Full Throttle,” did not fare as well domestically, but was a hit overseas.

The latest incarnation of “Charlie’s Angels” is set for a summer 2019 release.