In this essay from the Locarno Critics Academy, a look at the way new movies are helping us understand the evolution of families worldwide. 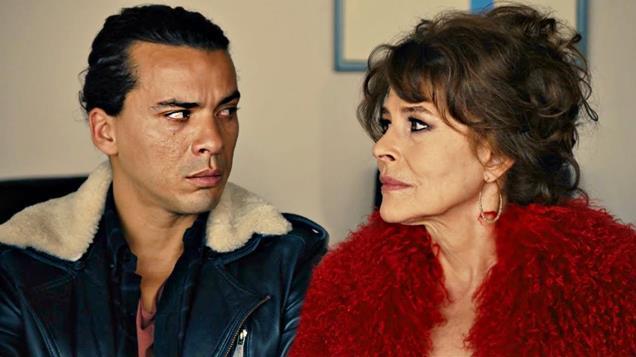 Locarno isn’t just home to a major European film festival. It’s also an ideal place for many Swiss and foreign families to travel in summer and enjoy its hot weather, pleasant cuisine, and serene lake. This makes it a terrific place for contemplating new movies.

Ironically, during the 70th edition of the Locarno Film Festival, many of the films outwardly questioned the value of traditional family life. Many viewers encountered the puzzling contrast of watching subversive movies, leaving the screening rooms, and watching very conventional heterosexual families enjoying their vacations. But this only made the power of these movies stand out.

“C’est moi” says Fanny Ardant, a transgender women, in “Lola Pater,” the film by the Franco-Algerian director Nadir Mokneche, when her son asks her who his father is. Everything starts here, from this seemingly simple but turbulent question: How do we define ourselves — and how do we hide ourselves? It recalls a question posted by French poet Arthur Rimbaud in his famous verse: “Je suis un autre” (“I am an other”). Or to which Ina Clair, who plays the duchess’s role in Ninotchka (1939, by Ernst Lubitsch), would maybe also reply, one century after Rimbaud, with her equally famous line: “I wish I had someone else’s face.”

A similar motif came up in many new films. In “Lola Pater,” “Beach Rats,” “Three Peaks,” “Damned Summer,” “Milla,” and “The Good Manners,” the face — as a body matter associated with our identity, provides a template for understanding who we are. On the other hand, it also triggers an interpersonal questioning: who am I within this affective circle called “family”? What duties or tasks do I have or am I supposed to carry out as a “mother” or as a “father”? More: What projections and cultural and symbolic representations are associated with those roles? Last but not least: What expectations do others have about those roles within family dynamics?

It is this permanent questioning that runs through “Three Peaks,” where a stepfather tries to win the heart of his girlfriend’s son. And if the latter is happy with his effort, she still warns him, in a scene of great harshness, that he is not (and will never be) the father of his son, that he already has a “good father” (the biological one). “But why can’t he have two good fathers?”, asks Aaron (Alexander Fehling), with whom the child maintains a double relationship of love and hate, life and death, one that will culminate in a proto-Oedipal ending. In the same sense, although from another perspective, the child, who is called Tristan, can be seen as the Arthurian character who, instead of working as the connecting element between the two characters (his stepfather and his mother, that is, “Isolde” ), acts as a disrupting element, desiring the mother only for himself while allowing no interference.

If in “Lola Pater” and in “Three Peaks” the family circle and its dynamics are ever-present, in “Damned Summer,” on the contrary, we can observe a kind of youth that avoids any authority or family group in the conventional sense, making friendships and in their unrelenting lust for life – night after night, party after party – their own affectionate, “familial” bond. But perhaps it is this absence of older references that, despite all the hedonism that characterizes the world of “Damned Summer,” explains the certain sense of anxiety and disorientation remaining in the spirit of these rebels without a family. This is something more explicitly an overriding topic in “Beach Rats,” about a teenage boy confused about his sexuality and facing the imminent death of his father. He doesn’t know how to behave both in his family environment (he has a distant, although sometimes tender, relationship with his mother and tends to act in an authoritarian and paternalistic way with his little sister) and in his circle of friends – a macho “second family” where he has to act as if he were straight.

Sharing this absence of family references, but at the extreme opposite of this group dynamic, we meet Milla, Valérie Massadian’s second film, in which a couple of teenagers deliberately move away from the ordinary world (from people, noise, places, and, of course, family) and isolate themselves in an abandoned house. The film brings to mind a few moments of Godard’s early stage movies (“Breathless,” “Le Mépris”) in the way the couple amuses itself within four walls by randomly reading books and sharing their intimacy (Milla, the character, can even be seen almost as the “b-side,” a non-glamorous and working-class style, of Brigitte Bardot’s in “Le Mépris”).

This idea – or ideal – of ​​love as the last possible utopia – or, indeed, as the only utopia – in “Milla” evokes, above all, a film like “Man’s Seed” (1969, by Marco Ferreri), in which a couple also about to have a baby run away from the ordinary world in the face of a threat from a global plague (which is, of course, a metaphor, because as in “Milla,” the “plague” is society itself). Ultimately, everything goes back to Lubitsch and “Ninotchka,” where Greta Garbo (a Soviet spy in Paris who falls in love with Leon, a western aristocrat) says, at one point, that there has been enough of closed fists (meaning the Communist ideology she stands for) and outstretched arms (the Fascist salute), and that in the new party that she and Leon will create the only thing to be saluted is love and the only admissible greeting will be a kiss. So here we may find this assertion of the primacy of love as the utopia above all things, the belief that, at least between two persons, sometimes it is possible to achieve some kind of complete happiness and a sense of fulfillment.

So we return to Fanny Ardant’s statement: C’est moi. In “Lola Pater,” the interrogation about identity is one of gender: Ardant plays the role of a transgender person shortly after having a child, thereby disappearing from the family circle and abandoning this son. The reunion between “Lola The Father” – “pater” comes from Latin meaning “father”, and the pater familias which was the masculine family authority in the deeply patriarchal roman society – and her son implies an essential doubt.

Now that Lola is a woman, is her relationship towards the son of a “maternal” or “paternal” kind? Is a woman supposed to behave as a “mother” and a man as a “father”? The film does not try to give answers, and Lola’s exclamation – “I’m still your father!” – when the son replies in an impudent way, only makes everything more complex. On the other hand, the fact that Lola’s girlfriend tells her at the beginning of the film that she still has a “macho” way of thinking and the moment Lola herself says that she would not want to ever have a gay son, only deepens Lola’s character’s complex psychological composition.

At the end of the day, and after all the contemporary transformations that the notion of “parenthood” has undergone, the surviving theme is that love conquers all. That is what the powerful last scene in the Brazilian horror movie “The Good Manners tells us,” in which Clara (Isabél Zuaa) tells her son, who is a werewolf, that she will not let him spend another hungry night, just when the bloodthirsty mob is already on the other side of the door and ready to violate their family intimacy. Again, at the end of the day, it’s always this: a mother and a son together against the rest of the world. An unbreakable love bond resisting everything.

The fact that the bond which binds this mother and child has no biological nature only proves what is really fundamental here: that any idea of ​​”family” can only be based on affection and gestures of love, and, for that reason, the blood ties (and there is a lot of blood in “The Good Manners” exchanged between the characters) or other conventional representations of “parenthood” are nothing but artificial barriers that ultimately prevent us from loving others.

From another point of view, it is also to this idea that Travis Wilkerson points out in his impressive documentary “Did You Wonder Who Fired the Gun?,” in which the director himself undertakes an intimate and investigate journey on his racist, tyrannical, misogynist great-grandfather’s killing of a black man in the 1940s, as well as the current role of his aunt in an American white supremacist movement. What binds Wilkerson, a humanist, to his great-grandfather and his aunt? Just pure DNA. There is no love there; they’re his “family” only in the loosest sense.

Returning to “The Good Manners,” we have never felt so much “hunger for love” (as the werewolf’s hunger) in these last 20 years within this turbulent world we live in today, where walls and divisions are again resurfacing. At least we have the movies to help us find a way forward.

This Article is related to: Film and tagged Critics Academy, Locarno Film Festival