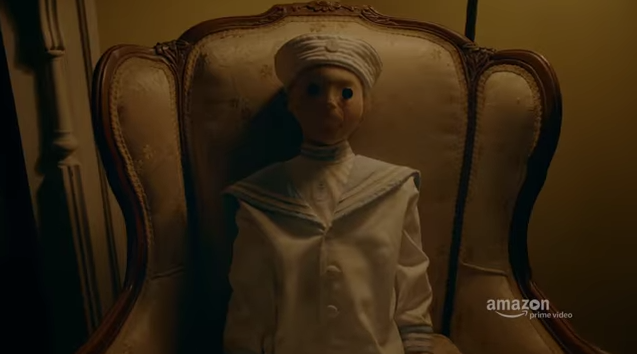 Aaron Mahnke’s “Lore” is one of the podcast world’s most popular series, blending terrifying true stories and deep dives into the eerie myths that have brought about real-world consequences.

Amazon has now given audiences their first glimpse of their upcoming TV adaptation, and it looks as unsettling as some of the best “Lore” episodes can get. (We put one about a possible demonic possession at a French abbey on our Best Podcast Episodes of 2017 So Far list.) This trailer for the six-episode anthology, premiering next month, looks like a greatest hits of creepy stories. There’s a very unpleasant looking operating room procedure, a family torn apart by candlelight, and the shrieks of someone being buried alive. Of course, by the laws of all that is horror, there’s even a dead-eyed doll.

The cast of “Lore” will change with each episode, but the performers include Robert Patrick (featured here in all his mutton-chopped glory), Adam Goldberg, Colm Feore, Kristin Bauer van Straten, Holland Roden, and Campbell Scott.

Get your Wednesday dose of jump scares in with the “Lore” trailer below:

“Lore” premieres October 13 on Amazon, just in time for the last couple weeks of Halloween prep.

This Article is related to: Television and tagged Amazon, Lore, Trailers