The “Blue is the Warmest Color” director's latest film is problematic beyond showing a lot of young skin. 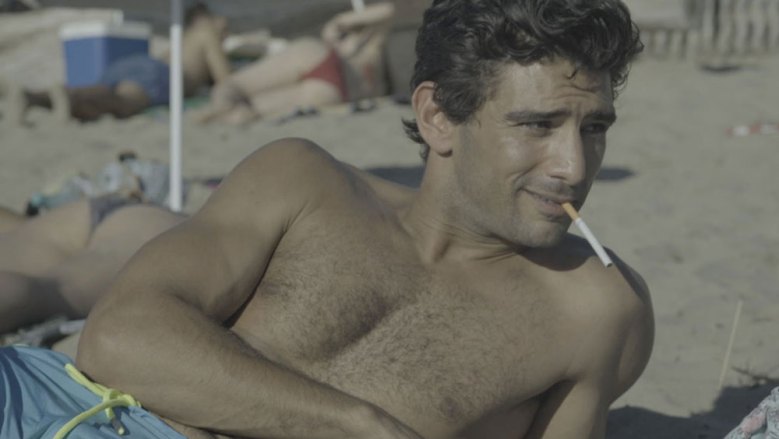 Though far from the best Abdellatif Kechiche movie, “Mektoub, My Love: Canto Uno” is certainly the most Abdellatif Kechiche movie. Running just over three hours, the film is the first in a planned trilogy (number two is already finished; three has yet to be shot) that promises the definitive taxonomy of the “Blue is the Warmest Color” maestro at his best and worst. “Canto Uno” alone finds Kechiche returning to the themes and aesthetic approaches that have made him one of France’s most richly acclaimed contemporary voices, while at the same time seriously over-indulging in the leery excesses that place him among the country’s most controversial ones as well.

As in “The Secret of the Grain,” this latest film also about very specific Franco-Tunisian identity, but apart from two opening quotations explicitly designed to point out the similarities between the Koran and the New Testament, the director isn’t particularly interested in exploring religious or cultural divides. He does, however, work into the film a message of radical, universal equality: in the Mektoubiverse everyone — man and woman, young and old — looks out at the world with a voyeur’s eye.

As if he heard some of his previous work’s critics and decided to really give them what for, Kechiche has crafted a film that is entirely about the gaze. The main engine for this is lead Amin (Shain Boumedine), though he is by no means the only one. A med-school dropout turned aspiring filmmaker, Amin returns to Mediterranean hometown to summer on the beach and to develop his stylistic eye. He spends much of his time camera in hand, looking out at his hometown of Sète, appraising his friends and family with unblinking curiosity.

They gaze back in turn. Though sprawling in length, the film is quite thin as far as plot goes, simply tracking the ups and downs of a vibrant social circle of friends, cousins, and lovers over the course of a summer. As Amin remains an often-quiet observer, farm-girl Ophelie (Ophelie Bau) and local heartthrob Tony (Salim Kechiouche) become the story’s center of gravity, with the film examining their illicit affair (she’s engaged to a soldier off fighting the country’s wars) through the kaleidoscopic lens of their extended social circle.

Everyone knows about them but won’t say it to their faces, contending to size them up from afar. Meanwhile, the lovers try to hide in plain sight, with Tony starting a fling with visiting Parisian Charlotte (Alexia Chardard), ostensibly to throw off the scent but really because he’s a cad. Once again, things turn on the questions of the gaze. Out at a club one night, Ophelie asks Tony to kiss her because “no one is looking.” When Amin goes to shoot a goat giving birth at Ophelie’s farm, one of the kids comes right up and look into our camera, breaking the fourth wall because, hey, it’s a goat what do you expect, but kept in the final edit to reiterate the idea that even the photographer is someone else’s subject.

In keeping with its tale of languid twentysomethings, “Canto Uno” unfolds as a number of long days on the beach and hot nights in the local bar, and the relaxed narrative progression plays right in to Kechiche’s considerable strengths. As always, Kechiche burrows into the life of every single moment, exploding what any other director might shoot as a simple shot-reverse-shot into hypnotic, seemingly endless sequences. One bit finds one of the girls entering a bar with one date, getting picked up by somebody else and leaving with the new guy. Both are minor characters, and their whole one-two-three could easily play out in an insert shot; here Kechiche stages it as a euphoric dance of flirtation and seduction that spans nearly ten minutes time. But for all its intoxicating effects, Kechiche’s intimate-maximalism can only go so far. All of the director’s other films were about something, his rich evocations of the moment tied to narratives that expanded and evolved. “Mektoub, My Love” is never about anything more than its own style. This being the opening salvo to a much longer story doesn’t change the fact that Kechiche has delivered a three-hour film that feels completely static. None of the relationships pay off, none of the conflicts resolve. While you can see the director planting the seeds for the next Canto — specifically with regards to Amin’s ambiguous sexuality — you’re still left with a film that’s happier to reiterate a premise seven or eight times rather than ever taking it forward.

The narrative may be static, but the characters rarely are. As you might expect, Kechiche takes evident pleasure filming his nubile, only sporadically clothed cast as they writhe in the water, on the dance floor or around each other. With a single (though explicit!) love scene, “Mektoub, My Love” is significantly tamer than ‘Blue is the Warmest Color” when depicting moments of sexual expression. And yet, one walks away from this one feeling exponentially dirtier, precisely because many endlessly leering shots serve no real purpose. In one thirty-minute long (!) club sequence, Kechiche cannot go more than 45 seconds before cutting back to another gyrating booty, “Girls Gone Wild”-esque make-out or upskirt shot, and one starts to wonder whose POV is this meant to serve?

As goes without saying, “Mektoub, My Love” has a massive objectification problem, but that’s not simply because it shows a lot of young skin. “Blue is the Warmest Color” was even more brazen, but the film was not saddled with this equivalent baggage because it incorporated those acrobatic bedroom feats into a framework where they felt coherent and appropriate. One is able to separate the difficult politics of that film’s shoot from an artistic appraisal of the final work, and thankfully so. Kechiche seems either unwilling or incapable of doing the same thing here, continually breaking faith with the framework he creates to get his ogling kicks.

Really, it’s a pretty simple equation: It’s fine to employ a voyeuristic character to satisfy your own voyeurism, but if doing so, you must stay tied to that subjective view. By all means introduce a scene where Amin leers at Ophelie from outside her window, but there’s no reason to cut to inside of her room if not to gain a better view of the actress disrobing. Marshal the tools of cinema to recreate the saturnalian thrill of losing it on the dance floor, sure.  So who in the club is lying on the ground, looking up all those skirts?

“Mektoub, My Love: Canto Uno” debuted at the 2017 Venice International Film Festival. It currently does not have American distribution.