Among this month's highlights: undercover high school students, rapping mayors, and plenty of actors playing versions of themselves. 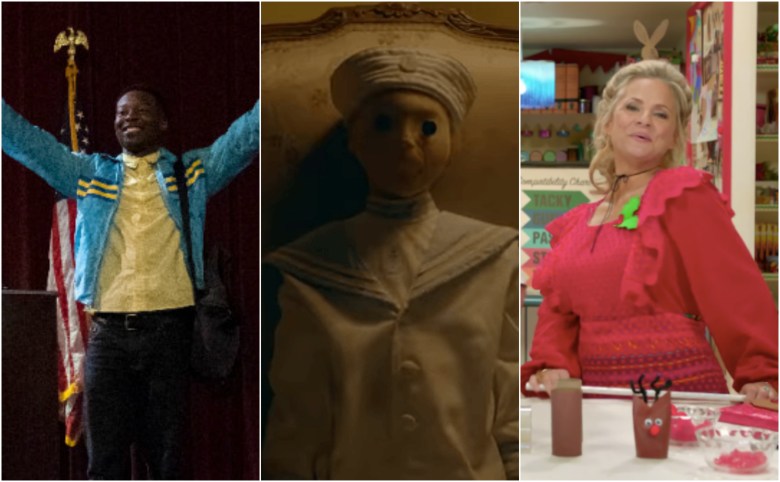 That sound you hear is the winds of October, a month filled with spookiness and fall colors. Luckily, it’s a month that also comes with plenty of fresh offerings from the world of TV, across broadcast, cable and streaming.

DVRs across the land are still filled with the bountiful offerings of summer (those episodes of “Twin Peaks” aren’t gonna watch themselves, you know), but there’s plenty to get excited about on the horizon. Below, we’ve assembled a handy list of a dozen of our upcoming favorites.

(Wondering if you’re all caught up with the big shows from the past few months? Here are our August and September previews to help guide you.) One of the better sci-fi comedies of recent years, you can’t go wrong with Adam Scott and Craig Robinson. A supernatural set-up with a few unexpected joys along the way make this one of the better network offerings of the fall. As IndieWire’s Ben Travers explained in his review, there’s plenty of room for the series to grow. American politics is a cesspool, so it’s the perfect time for this series to show up. Elevating civics to an admirable place, this ongoing story of Courtney (Brandon Micheal Hall), an aspiring rapper who wins his town’s mayoral race, brings some much-needed heart to TV. It’s also a touching family story, with Yvette Nicole Brown as Courtney’s mother Dina. What if the best way to find out what high school is really like is to pretend to be a high schooler? The seven 21- to 26-year-olds featured in “Undercover High” are about to find out. What the show might lack in authenticity from its undercover subjects, it looks to gain in insight, grabbing a vantage point on modern high school life in a way other docuseries in the past might not have. A CW reboot of the classic ’80s series, ushered in by former “The O.C.” EPs Josh Schwartz and Stephanie Savage — what’s not to look forward to? This latest version has relocated the Carrington family from Denver to Atlanta, while still maintaining all the juicy family infighting. This update seems to have a few more twists in store, but we’ll see if the new version can hold onto its soapy DNA. Hulu has ventured into political comedy before. (Leading up to last November, Triumph’s Election Specials were one of the few things keeping the country sane.) Now, Sarah Silverman is trying her hand at a new comedy show, covering the beyond-the-bubble areas of American life. A promised blend of thoughtful and dumb, this weekly in-studio show could be welcome new layer to the world of political talk shows. Aaron Mahnke’s hit podcast has been haunting audiences for years. Now, under the stewardship of producer Gale Anne Hurd, it’s now become an Amazon horror anthology. Mixing genres, visual styles, and some time-tested sources of eerie tales, this looks like the scary story collection to darken your Friday the 13th and beyond.

Page 1 of 2
Continue Reading: October TV Premieres: 12 New Shows To Look Out For This Month

This Article is related to: Television and tagged I Love You America, The Gifted, White Famous