Will the next two weeks at Lincoln Center influence Oscar night? If they do, it wasn't necessarily intentional. 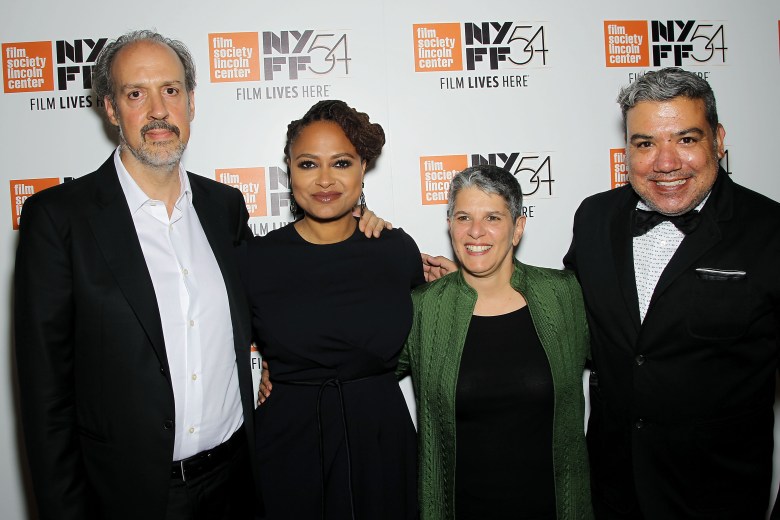 As a platform, the NYFF is alluring. Not only does it provide Oscar-level prominence, but there’s an element of auteurist approval: It’s the sophisticated American festival that truly loves film for film. However, that’s also one of the reasons that it can be a bigger risk: Like Cannes, highbrow festivals often mean critics with highbrow expectations. And when they aren’t met, the fall can seem extra-steep.

NYFF Director Kent Jones, who calls awards season a “cottage industry,” doesn’t even track the festival’s Oscar record; getting picked for the NYFF is its own reward. “When a good movie gets nominated for awards, it’s happenstance,” he said. “There’ve been some pretty shocking instances of movies that are completely forgettable beating truly excellent films.”

While he declined to cite examples on the record, Jones likes to think that many NYFF films “are now not just remembered but watched and re-watched over and over again, leaving those [award-winning] films in the dust.” He said that it if awards strategists “think that we’re relevant, fine; if they don’t, that’s fine, too.”

Three of the past four Best Picture Oscar winners — “Moonlight,” “Birdman or (The Unexpected Virtue of Ignorance),” and “12 Years a Slave” — played in the New York Film Festival’s Main Slate. Other examples over the years include “Chariots of Fire” in 1981. More recent Oscar winners (but not best picture) include Steven Spielberg’s “Lincoln,” Martin Scorsese’s “Hugo” (as a work in progress), and David Fincher’s 2010 opener “The Social Network.”

But a dazzling NYFF world premiere also carries risk when a movie doesn’t pass muster with discerning New York press corps and audiences. In fall 2014, opener “Gone Girl,” “Inherent Vice,” and “Citizenfour” each met their first audiences at NYFF. Fincher’s Ben Affleck thriller went on to commercial success, but landed only a Best Actress nomination for Rosamund Pike.  P.T. Anderson is an awards season mainstay, and his adaptation of “Inherent Vice” did receive two Oscar nominations, but the film was ultimately less of a contender than some had anticipated (ditto Mike Mills’ well-reviewed “20th Century Women,” a 2016 NYFF world premiere). Conversely, “Citizenfour” director Laura Poitras picked up nearly every trophy there was for her Edward Snowden documentary that season, including the Best Documentary Oscar.

Oscar strategists agree that NYFF is a welcome seal of approval. Advertised as an audience festival, many NYFF events are well-attended by Academy members who like catching up on holdovers from international competitions. Earlier festivals have more Oscar influence, said one Oscar campaigner, but its place on the fall calendar — in October, as the awards conversation gets louder — and its location in a media-saturated city, the selective NYFF does draw attention to films in the Main Slate.

That can be a problem for movies that disappoint. New York native Ben Stiller was thrilled to world premiere his film “The Secret Life of Walter Mitty” as a centerpiece gala, but the chilly media reaction swiftly killed its awards hopes. That premiere took place under former Film Society of Lincoln Center executive director Rose Kuo, who wanted the festival to ensure that opening, centerpiece, and closing films were all world premieres. Sometime Jones manages this feat, sometimes he doesn’t.

This year, creators behind the showpiece trio — “Last Flag Flying,” “Wonderstruck” and “Wonder Wheel,” all from Amazon Studios — hope NYFF bolsters their works’ word of mouth and likelihood of landing critical year-end superlatives (“Wonderstuck” is the lone non-world premiere). Foreign films “The Square” (Sweden), “Thelma” (Norway) and, making its U.S. premiere, “BPM (Beats per Minute)” (France) are also looking for boosts en route to the Best Foreign Language Film Oscar. A smattering of films much-discussed at previous festivals will look to build their momentum, including Sundance imports “Mudbound” and “Call Me by Your Name,” Cannes veteran “The Florida Project,” Telluride sensation “Lady Bird,” and documentaries “Jane” and “Faces, Places” (which won 2017’s Cannes Golden Eye).

“The fall season has become the most important and exciting season for new movies,” said FSLC deputy director and IndieWire co-founder Eugene Hernandez. To him, award season has “heightened the awareness and attention for the kinds of movies that are often shown at the New York Film Festivals of the world, which tend to be more auteuristic, more director-driven.”

When it came to “Moonlight,” he said the cultural exchange between critics and audiences “ignited at Telluride and then really exploded in a positive way in New York.” During the summer, FSLC programmers who screened countless movies for the current 25-slot Main Slate merely chose what they responded to, Hernandez said. “The awards conversation happens more at The Film Society after the festival, to be very honest, than it does during the festival, because it’s after the festival when the real campaigning begins.”

This Article is related to: Awards and tagged Film Society at Lincoln Center, Kent Jones, NYFF 2017