The real action happened in Toronto this weekend, unless you're "The Big Sick." 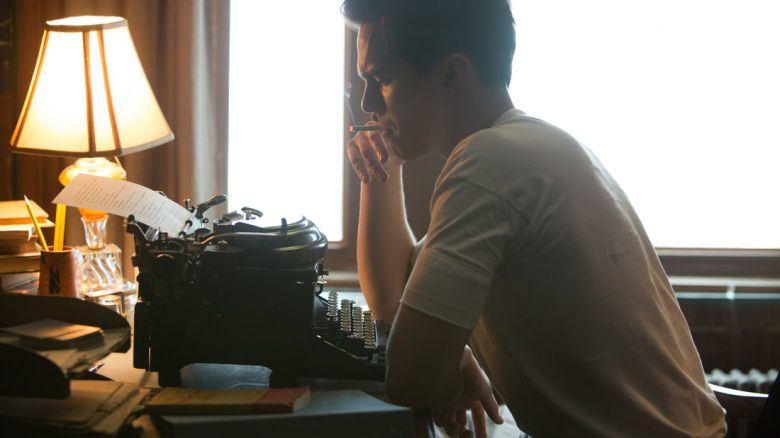 “Rebel in the Rye”

Beyond ongoing releases, this is never a significant weekend; most of the specialized action is in Toronto. Outside the festival circuit, however, three-month-old hit “The Big Sick” remains on top. Young J.D. Salinger biopic “Rebel in the Rye” had the most traction among openers, with decent grosses considering its negative reviews.

Rebel in the Rye (IFC) Metacritic: 44; Festivals include: Sundance 2017

Ongoing interest in “The Catcher in the Rye” and J.D. Salinger as well as strong theater placement helped this do good initial business in New York and Los Angeles.

What comes next: Similar appeal should be seen as this expands starting Friday in other big cities.

True to the Game (Independent)

This adaptation of a 1997 drug world thriller/romance made little impact in its nationwide mid-level release. Grosses did improve Saturday, which gives it some hope to stick around for a second week, but it isn’t likely to get to far over a $1 million despite significant play.

What comes next: Little chance for expansion. The Dardenne Brothers’ latest film gets a delayed release (it played in competition at Cannes 2016) to middling results in its initial two New York dates. A strong New York Times review (ahead of the overall consensus) helped elevate this story of a Belgian doctor caught up in a mystery when a woman is found dead outside her office.

What comes next: Los Angeles adds on this Friday.

Trophy (The Orchard) – Metacritic: 81; Festivals include: Sundance, South by Southwest 2017

Strong reviews continue after Sundance for this CNN documentary about the complicated world of trophy hunting. It opened in one Manhattan theaters to modest results.

What comes next: Los Angeles opens this Friday with nationwide theatrical play before its later CNN showings.

A big drop for the second weekend of this Mexican comedy about a homophobic man who freaks out when he realizes his future brother in law is gay. A drop of 75 percent from an already poor opening will mark the end of most runs for this much-delayed period romance that never overcame its troubled history.

Another period British historical drama set in the transition to Indian independence expanded in its second weekend to major markets to modest returns. Still, better than many recent films. This documentary about the activist who was by Cesar Chavez’s side during the migrant worker labor movement of the 1960s moved into the Los Angeles area with continued impressive results.

The year’s biggest independent success remains the top gross among specialized films. With its Oscar push to come, it has an outside chance of topping fellow Amazon film “Manchester by the Sea.” (That film grossed $47 million.)

This Sundance acquisition had a wide play right after its platform release, but has failed to find much interest for its intended younger audience.

The Trip to Spain (IFC) Week 5; also available on VOD

Though below the two earlier “Trip” films, the performance of this buddy road-trip reprise is much better than most parallel VOD releases.

One of the top subtitled performances of the year has come from this U.S.-made Yiddish language drama, which could reach $2 million.

The impressive numbers for this small scale-drama keep adding up. With significant expansion still possible, this could reach $1 million or more. Another younger audience-centered independent Sundance debuting drama fails to connect in any significant way as it expands in top markets, still in limited release.

Yet another Sundance film that didn’t connect, this time with a $9.5 million acquisition price.

Despite strong reviews, this Robert Pattinson-starring prison break thriller is already on its final legs.

The end of the run for the disappointing performance of Kathryn Bigelow’s latest effort.

This Article is related to: Film and tagged Box Office, La fille inconnue/The Unknown Girl, Rebel in the Rye, The Big Sick