The filmmaker also addressed the "strong feminist" slant of his next project. 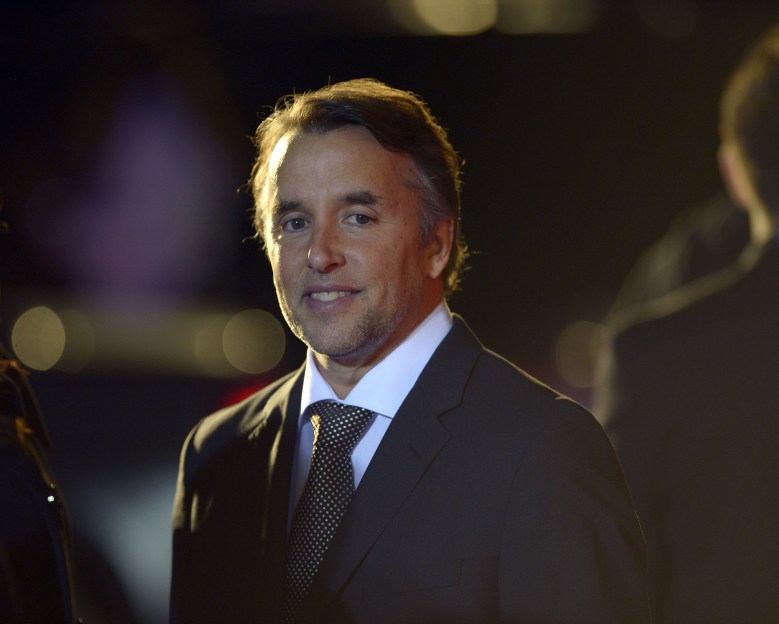 As the founder of the Austin Film Society and a fixture of that city’s robust film scene, Richard Linklater can take a lot of credit for putting a unique film community on the map. However, he’s not about to force himself into its latest crisis. While the Alamo Drafthouse was reeling from a debilitating sexual harassment scandal and embattled Austin local Harry Knowles stepped down from his fan site Ain’t It Cool News after multiple allegations of misconduct, Linklater was in Greenland, shooting a new project. He has yet to catch up on all the headlines.

“I just heard about all this stuff,” he said, a few hours before premiering his new film “Last Flag Flying” on opening night at the New York Film Festival. “I have nothing to say. I know so little.”

At the same time, Linklater had plenty to offer about the sexism endemic to the larger film industry. “It’s a design flaw with this big structure,” he said. “I break it down like this: There’s a kind of confidence that a white male is privileged to have in certain areas. It’s so much of a bigger conversation. It’s the bedrock of white supremacy. People can deny it all they want, but it’s there in the structure of our country, and it’s always been there, so I think that just needs to be challenged on every level and every decision.” However, he acknowledged a “comfort level with the big bucks from the white male system that’s hard to displace.”

Linklater’s own movies aren’t always seen as shining examples of diverse points of view, though he brings more nuance to his male-dominated stories than many directors. Since “Dazed and Confused,” his movies have largely been about men and masculinity, but they also explore its flaws. “Last Flag Flying” is no exception: The adaptation of Darryl Ponicsan’s 2005 novel finds Bryan Cranston, Laurence Fishburne, and Steve Carell as a trio of Vietnam vets on a road trip to bury the Carell character’s son, who died in the Iraq war. Amusing hijinks ensue against a melancholic backdrop, but anyone looking for strong female characters will be let down.

“I can’t really say I thought much about that for this story,” Linklater said, noting that he had a diverse cast. “You can’t help what compels you to tell a story. A film is such a commitment, and you don’t start from what you need to prove. You can’t. That’s not enough of a reason to tell a story.” That said, he was quick to point out that many of his recent films balance their male characters with strong female protagonists, including his upcoming project. In “Where’d You Go, Bernadette?”, an adaptation of Maria Semple’s Seattle-based novel, a reclusive architect (Cate Blanchett) goes missing on a family vacation; her husband (Billy Crudup) and daughter(Troian Bellisario, from “Pretty Little Liars”) go in search of her.

“With ‘Bernadette,’ I’ve made a strong feminist movie,” Linklater said, “but I think ‘Boyhood’ had its moments, too — it’s a strong woman’s story.”

Linklater also noted the volume of influential women throughout the film community, including his own Austin Film Society. “I’ve always surrounded myself with strong women,” he said. “I grew up with my mom and my sisters; the film society is very female. There a lot of women in the industry, in the production and executive ranks. If you think of the top jobs, the bigger budgets, that’s still kind of a male arena. But everything indie and TV is very diverse, so I think that diversity is slowly drifting upward. It’s there.”

So what’s keeping those men in charge? Linklater attributed it to a longstanding reliance on confidence, rather than collaboration. “We tend to go, ‘We have a really good studio head everyone likes, and here’s an asshole who everyone doesn’t like, but dammit, he’s confident in his decisions. He’s a fucking sociopath, but he’s confident.”

That led him to the bigger picture. “Look who we have as a president,” he said. “It’s crazy, but we drift toward the privileged, confident view rather than the communal one, and that’s where you find more feminine and minority viewers, because they’ve had to build coalitions. It’s just a different mindset. We still valorize the strong, confident leader when what we really need is a less-confident leader who wants to build a coalition for all citizens that the times are screaming out for.”

Pressed again on Drafthouse issue, he positioned it in a broader context. “That’s something in the corporate boardroom and everywhere — the lawsuits, the scandals — but no one person is going to solve it,” he said. “Everyone has to look in their own hearts and at least acknowledge it: Here’s the progress, but here’s the wall we hit. What we’re confronting is absolutely systemic, so that’s the next hurdle for us. How about a group acknowledgement that we’re not there yet? We’re all part of it.”