The data also shows that critics were kinder to blockbusters this past summer. 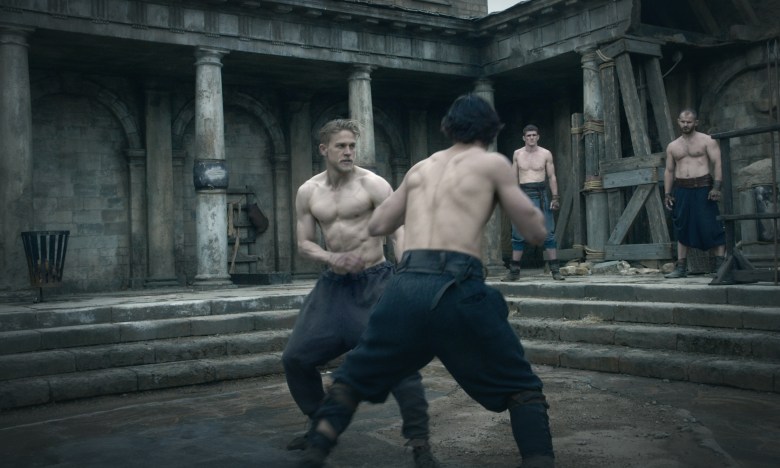 “King Arthur: Legend Of The Sword”

The directors and producers who have attributed their film’s failure in the box office to the review aggregation website Rotten Tomatoes now have one fewer excuse: A recent study has revealed that there is neither a positive nor a negative correlation between Rotten Tomatoes scores and box office revenues throughout 2017.

The study, conducted by the director of the Data & Analytics Project at USC’s Entertainment Technology Center Yves Bergquist, analyzed the scores and box office returns of all 150 films released in 2017 that have earned more than $1 million so far, excluding “It.”

The study, published on Medium this past Sunday, also suggests that film critics went easier on blockbuster films in 2017 than in previous years. According to data collected, films that grossed over $300 million worldwide had a Rotten Tomatoes median score of 77.5, whereas over the previous three years, the median score was about 72.

Read More: Yes, Summer Box Office Was Bad — and Here’s 6 Reasons Why the Worst is Yet to Come

Another interesting trend within the study shows that there seems to be a closer correlation between the audience’s score and the critic’s score on Rotten Tomatoes recently. “Audiences are becoming experts at smelling a ‘bad’ movie and staying away,” the study says.

This study’s findings come as Hollywood is finishing up its summer season with some record-low numbers. According to The New York Times, summer box office returns found themselves at a 15% decline from last year’s, an even rougher total considering that summer sales normally comprise 40% of annual ticket sales.

Bergquist embarked on this study after a series of recent allegations about Rotten Tomatoes’ alleged effect on certain box office failures. Producer and director Brett Ratner was among those renewing this debate when he said earlier this year that the review aggregation site is “the destruction of our business” because it feeds biases within audiences against movies they may otherwise enjoy.

As noted in that same New York Times story, Rotten Tomatoes’ popularity has increased recently, having attracted 13.6 million visitors in May, a 32% increase from last year.