After watching the first episode on CBS, the adventures of Lt. Commander Burnham prompted viewers to boldly go to a strange new streaming service. 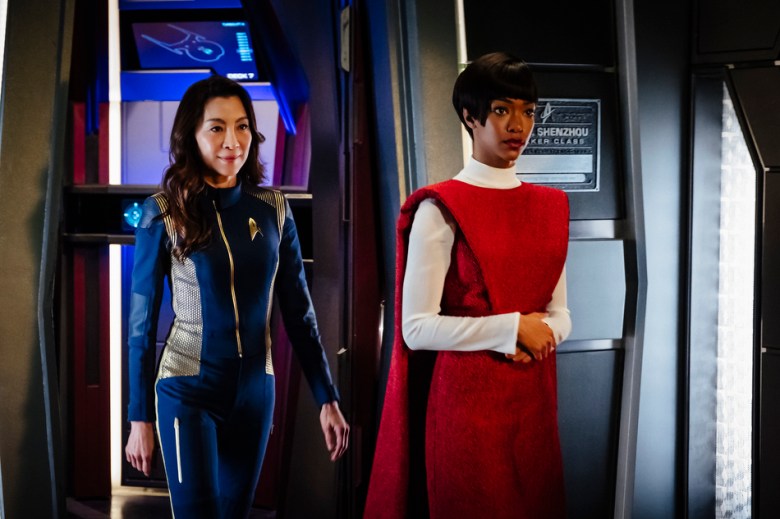 That wide exposure was key for CBS in promoting the CBS All Access home for “Star Trek: Discovery.” From this point forward, new episodes will only be available on the digital platform.

Already on Sunday, CBS All Access broke a new record for subscriber sign-ups in a single day, surpassing the previous record held by this year’s Grammy Awards.

That means fans were apparently ready when CBS debuted its new series “Star Trek: Discovery” in two parts Sunday night. The first episode was available for everyone to watch on broadcast on CBS at 8:30 p.m. ET and ended on a cliffhanger that was concluded in the second episode, available only on CBS All Access.

That meant if you wanted to know the fates of Captain Georgiou (Michelle Yeoh), Lt. Commander Burnham (Sonequa Martin-Green) and the rest of the USS Shenzhou crew, you had to sign up for CBS Television Network’s digital platform.

Via CBS All Access, Trekkers were also able to watch the premiere of the live companion after-show, “After Trek,” hosted by Matt Mira.

As part of the “Trek” effect, the streaming service experienced its best week and month ever for sign-ups. This uptick is also attributed to the fall kick-off of the “NFL on CBS” on the service’s live local feeds and the season finale of “Big Brother” and the “Big Brother Live Feeds.”

“Star Trek: Discovery” is the second original drama on the platform after the “The Good Fight” – a spinoff of CBS’ long-running drama “The Good Wife” – premiered in February. In addition to original programming, subscribers can access the CBS back catalog that includes all previous “Star Trek” series, as well as current shows like “60 Minutes,” “The Amazing Race,” “Blue Bloods,” “The Big Bang Theory,” “Elementary,” “Mom,” late-night talk shows, the original “Twin Peaks,” “Zoo” and all 141 episodes of “Wings.”

New episodes of “Star Trek: Discovery” and “After Trek” will be available at 8:30 p.m. and 9:30 p.m. ET, respectively on Sundays on CBS All Access.

This Article is related to: Television and tagged CBS All Access, Star Trek Discovery